Speaker of Parliament Advocates for Reinforcement of Women Empowerment

The Speaker of Parliament, Rt. Hon. Prof. Aaron Michael Oquaye has called for reinforcement of women empowerment and the enhancement of equal rights to boost women representation in decision making.

He advocated for allocation of seats to women who would like to contest for elections and urged political parties to reserve a quota for women to encourage their participation in politics and governance. 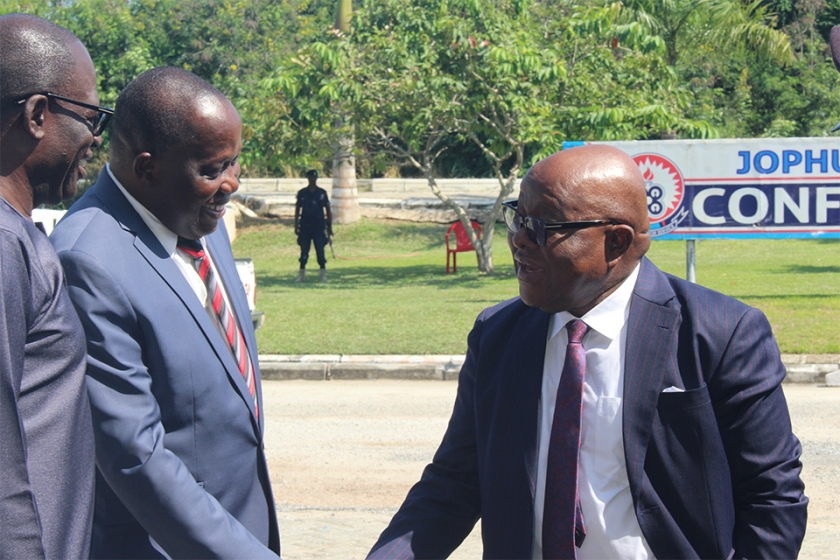 “The traditional notion of ‘the place of a woman is the kitchen’ or ‘women should take a backstage’ has come a long way to influence our perspectives as a people and this line of thinking should be corrected at all levels,” he said. 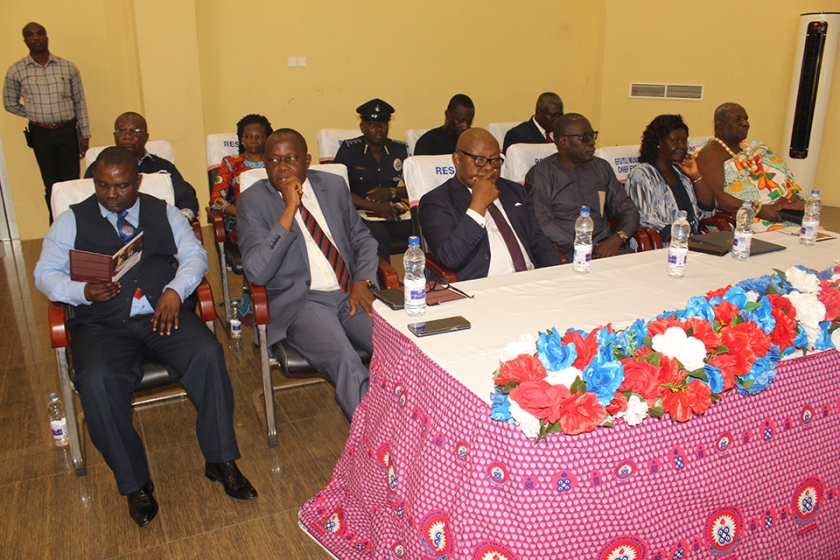 Dignitaries who graced the occassion

The Third Gentleman of the land was worried about the low representation of women in Parliament. He therefore charged leaders and political activists to play their roles adequately to change that trajectory.

His presentation also touched on prevalent issues such as “the rights of children and the vulnerable in society; the imposition of certain foreign practices on Africans by way of gay rights which are not human rights and the threat that if African countries do not comply, economic aid will be cut off; and the new world economic order of today which makes Africans continue to be producers of raw materials at the periphery of the global economic order, while the developed nations remain firmly in the curtain of the global order”. 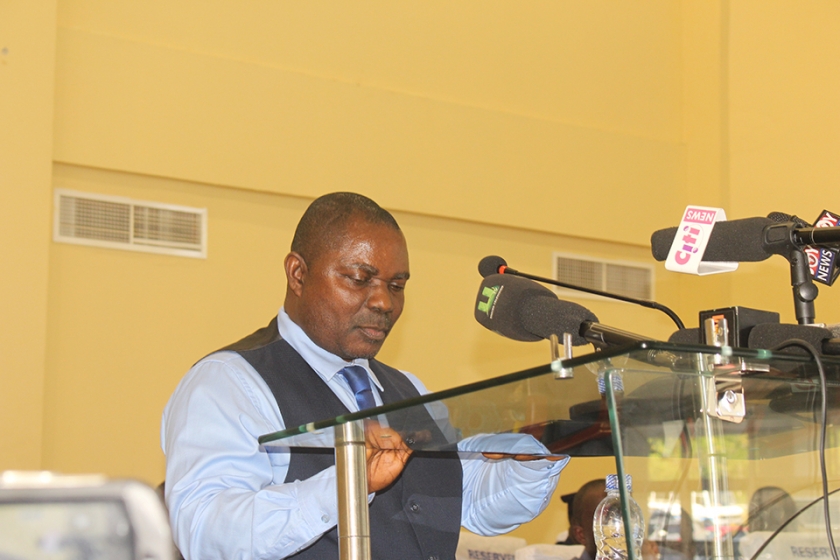 The Registrar, Surv. Paul Osei-Barima Esq.  alluded to developments at CHRAPS in his welcome address. He recounted how CHRAPS had transformed as part of the Department of Social Studies Education to be established in the 2015/2016 academic year as an independent Centre due to its peculiar subject-matter.

“The Centre runs three programmes – M.Phil on Full time, MA on Part time and Executive Masters on Weekends. Since becoming a Centre, it has graduated over 40 M.Phil and countless number of MA students. It is the desire and determination of the Centre to run Diploma and PhD programmes in Conflict Resolution, Human Rights and Peace Studies,” he said. 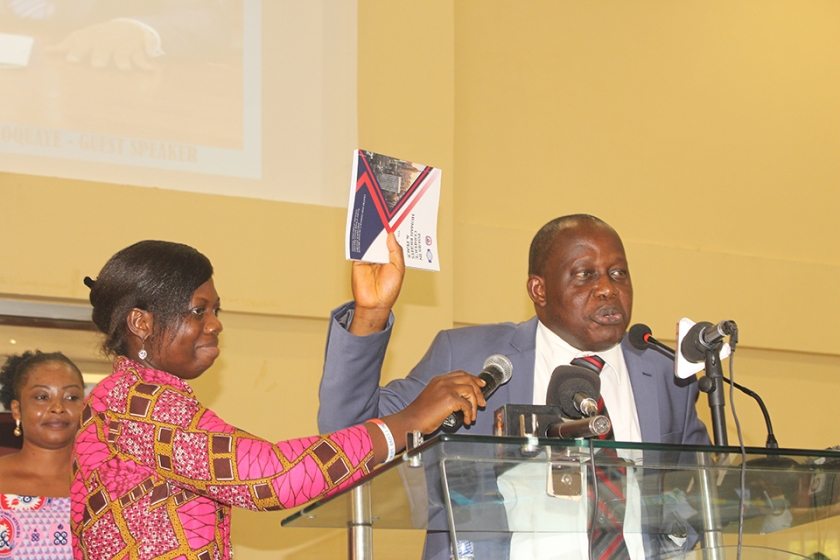 Rev. Fr. Prof. Anthony Afful-Broni during the launch of the maiden journal of CHRAPS

CHRAPS launched its maiden journal titled “Issues in Conflict, Human Rights and Peace” to mark the celebration which was held under the theme “Stand up for Human Rights”.

The occasion, chaired by the Vice-Chancellor, Rev. Fr. Prof. Anthony Afful-Broni, was graced by Traditional and Opinion Leaders, Pro-Vice-Chancellor, Prof. Andy Ofori-Birikorang; Faculty Members, staff, students of the University as well as First and Second Cycle students in the Effutu Municipality. 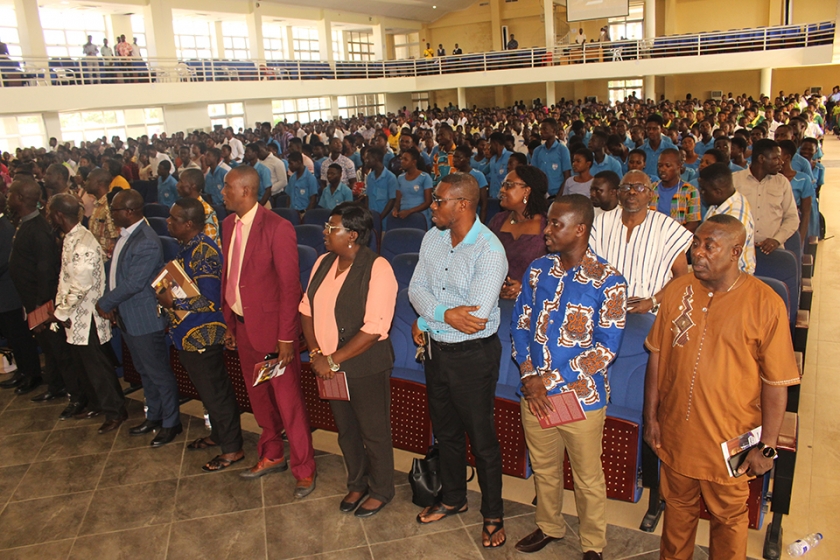 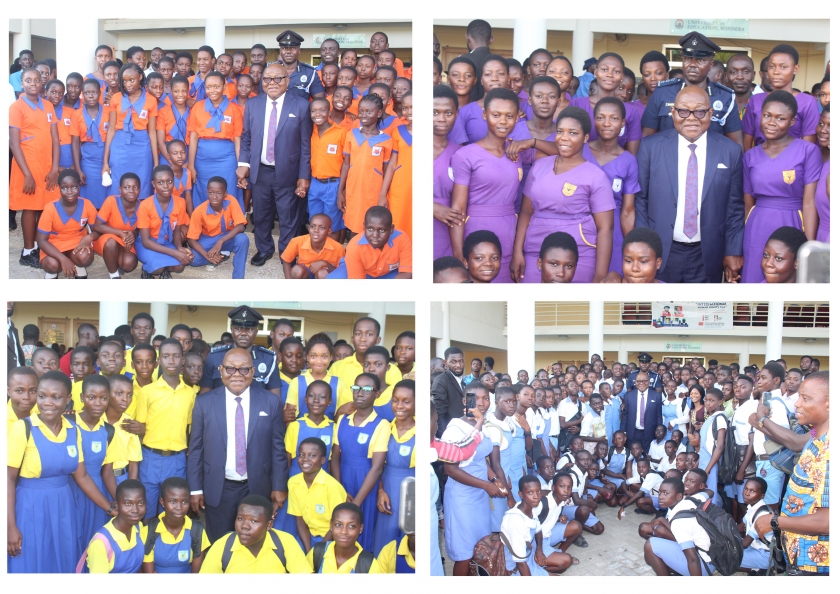 Some First and Second Cycle students in the Municipality in a pose with Rt. Hon. Prof. Michael Oquaye