Out of a total of 57 staff of the University of Education, Winneba who retired from active service in 2017, 44 were from the Winneba campus. An impressive ceremony has been organised by the University Management to honour the 44 retirees of the Winneba campus at the Senior Members and Staff Association Club House (SEMSA) at the North Campus on Friday, 22nd September, 2017. They were honoured in recognition of their meritorious services to the University during the period of their active service.

In his farewell message to the retirees, Rev. Fr. Prof. Anthony Afful-Broni stated that retirement is a stage that one reaches in a working life and in honour of these retirees the entire University has gathered to show their appreciation for their hard work and dedication to the service of the University.

He said that it would be a privilege that their names would be included in the history of UEW. He acknowledged some of the retirees who looked younger than their ages and urged them to keep it up, “enjoy the retirement and not worry themselves with post retirement jobs” he said.

Touching on the retirees Association as compensation to support them and to ensure that they utilize their retirement packages efficiently, he gave the assurance that, as per the Conditions of Service for Staff, UEW was going to take care of their medical bills while they are on retirement.

On behalf of Management of the University, citations were presented to the retirees by UTAG, FUSSAG and TEWU representatives.

On behalf of the 2017 retirees, the Dean of the Faculty of Social Science Education, Prof. Yaw Ofosu-Kusi, encouraged the retirees to spend their time with their families and enjoy every moment that post retirement offered.

He advised them to help UEW if the need arises as they are still staff of the University and urged them to take very good care of themselves while on retirement.

In his closing remarks, Rev. Fr. Prof. Anthony Afful-Broni congratulated the retirees for their contribution to UEW’s success.

The Director for Works and Physical Development Office said the vote of thanks on behalf of his colleagues retirees. 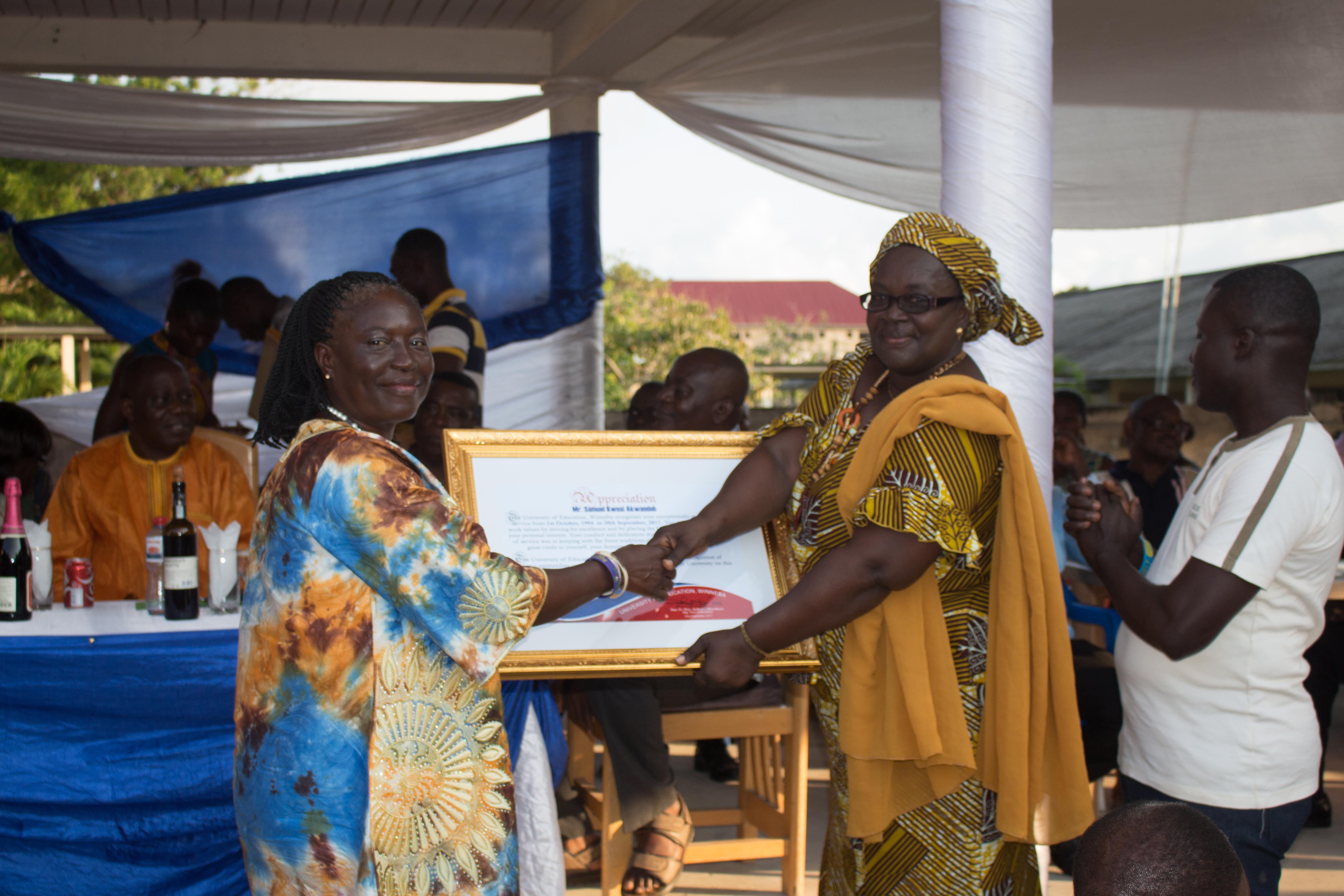 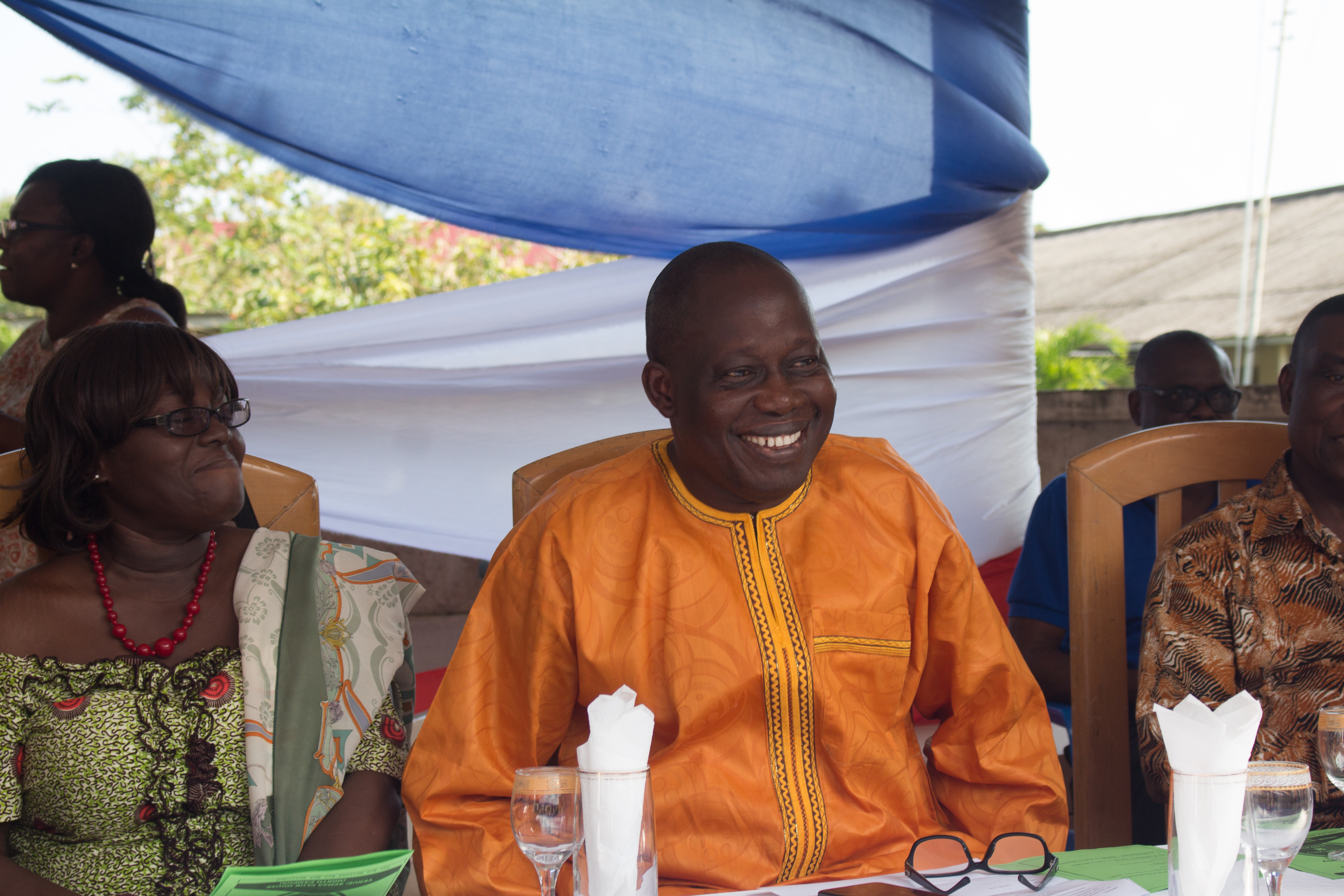 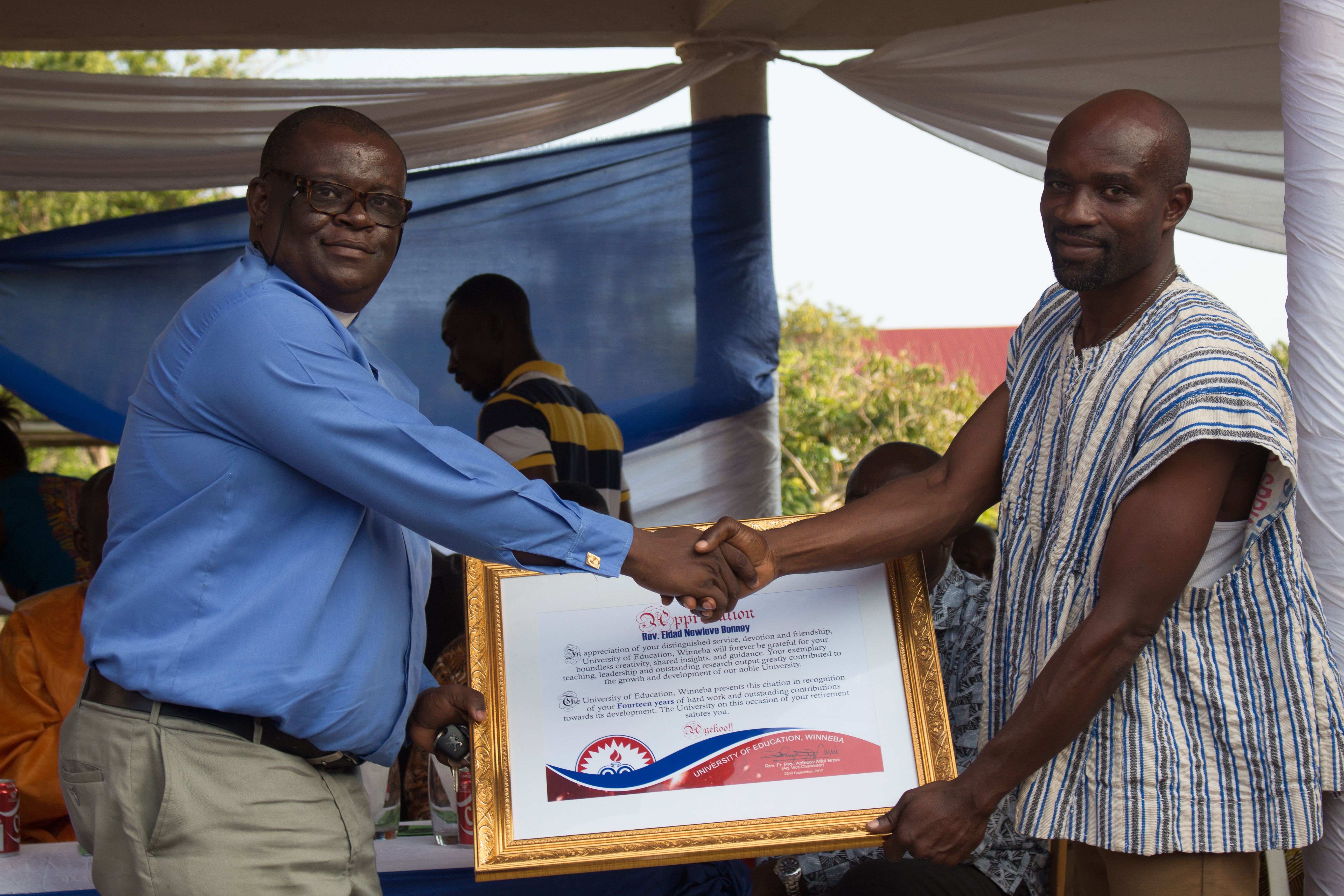 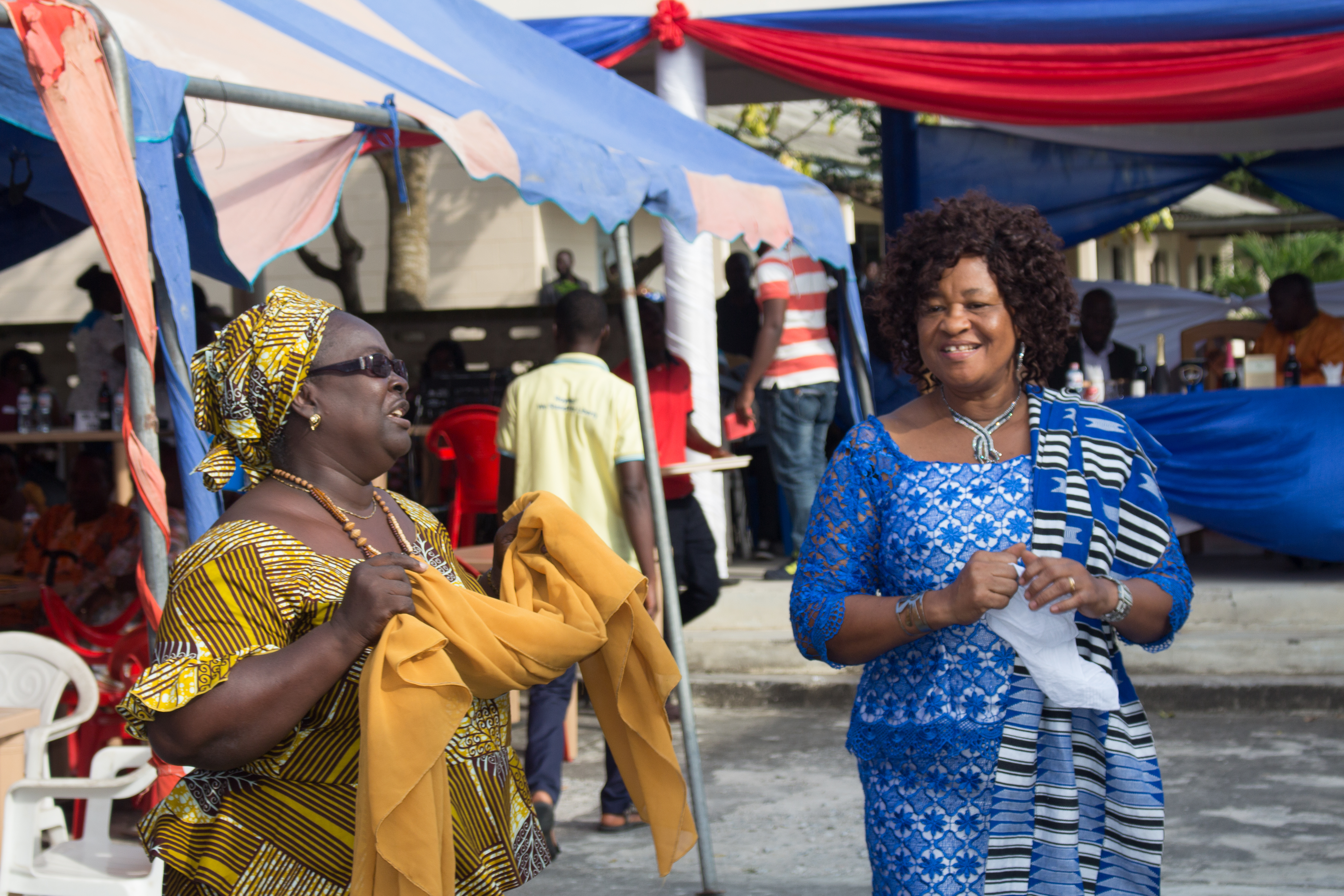 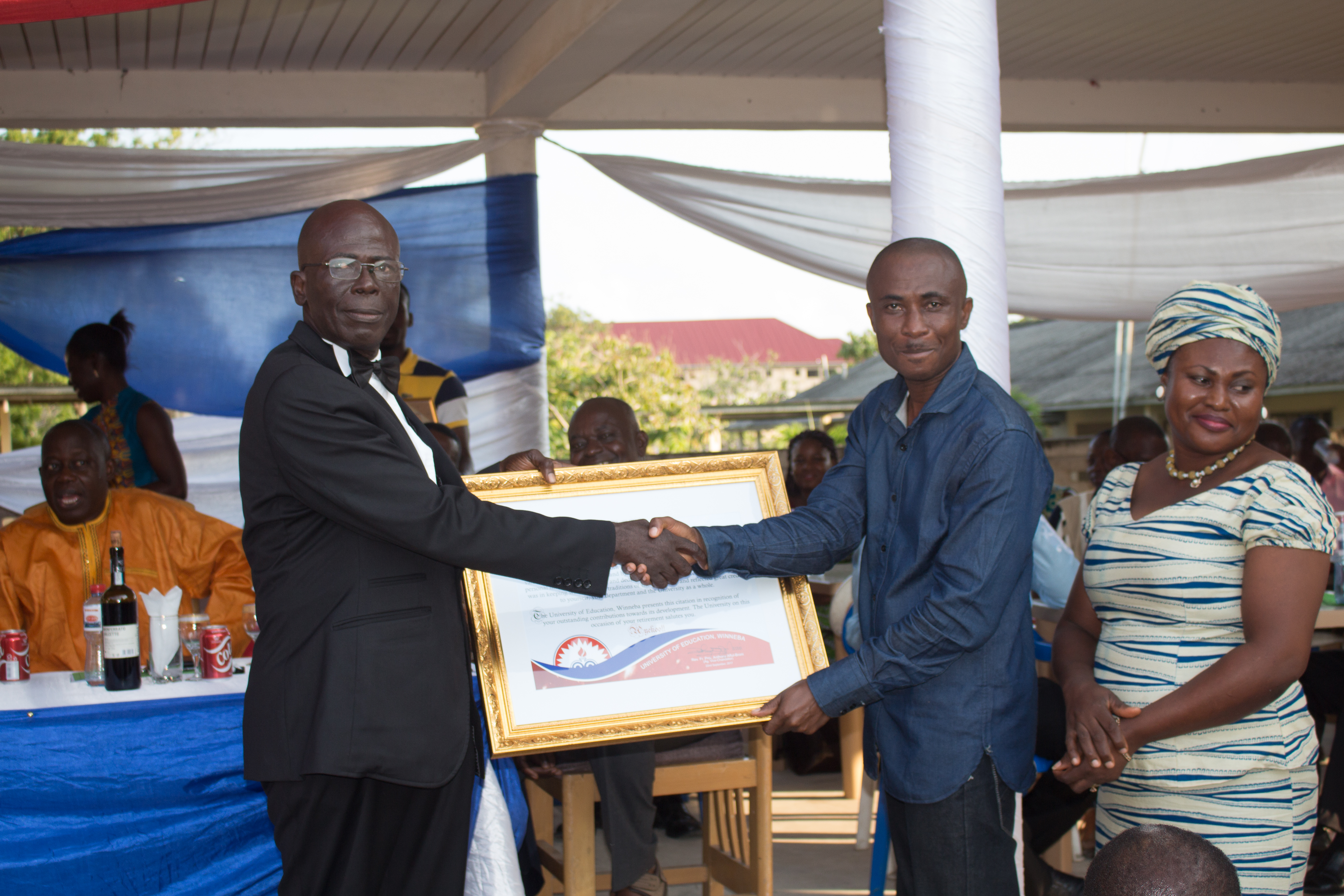 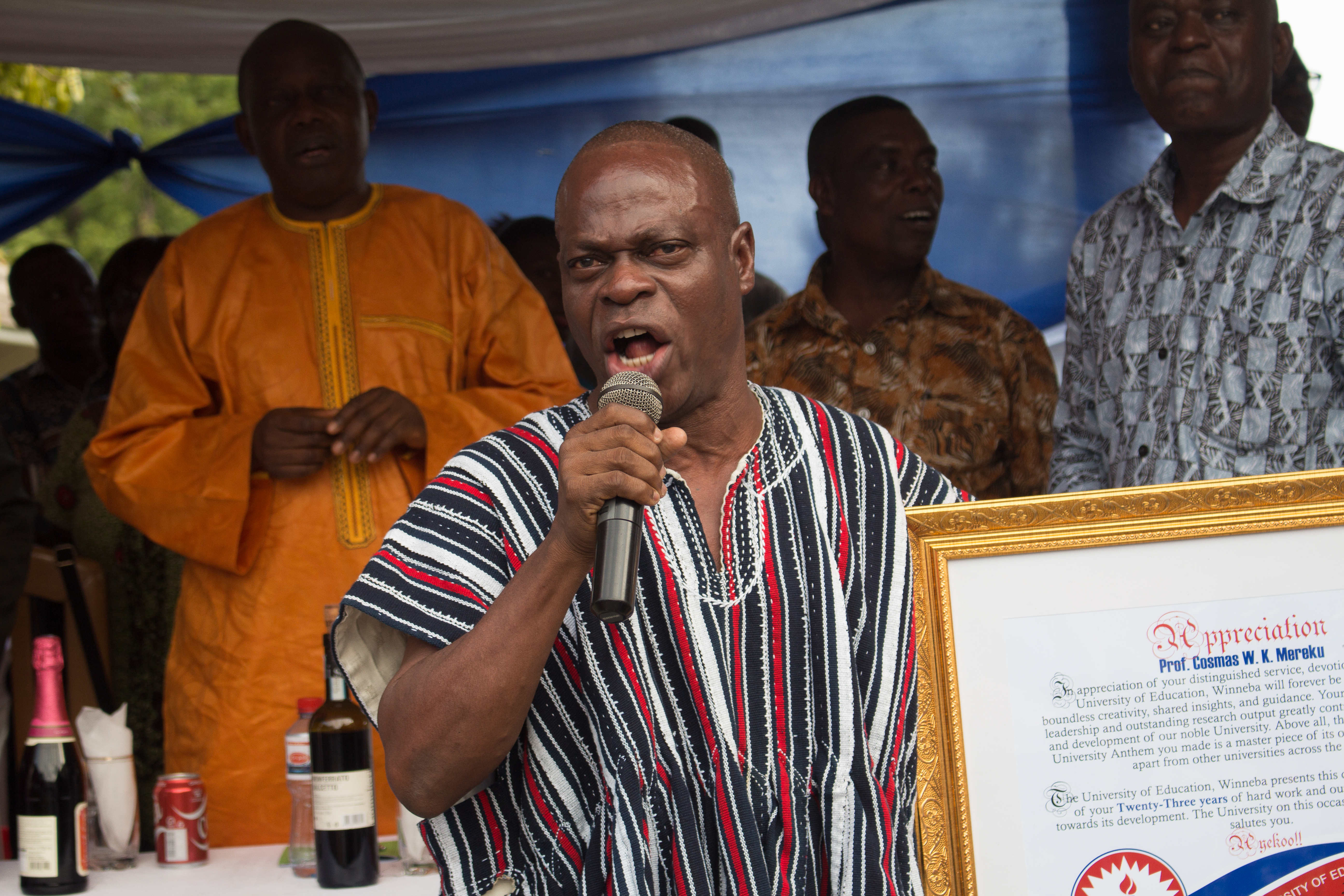 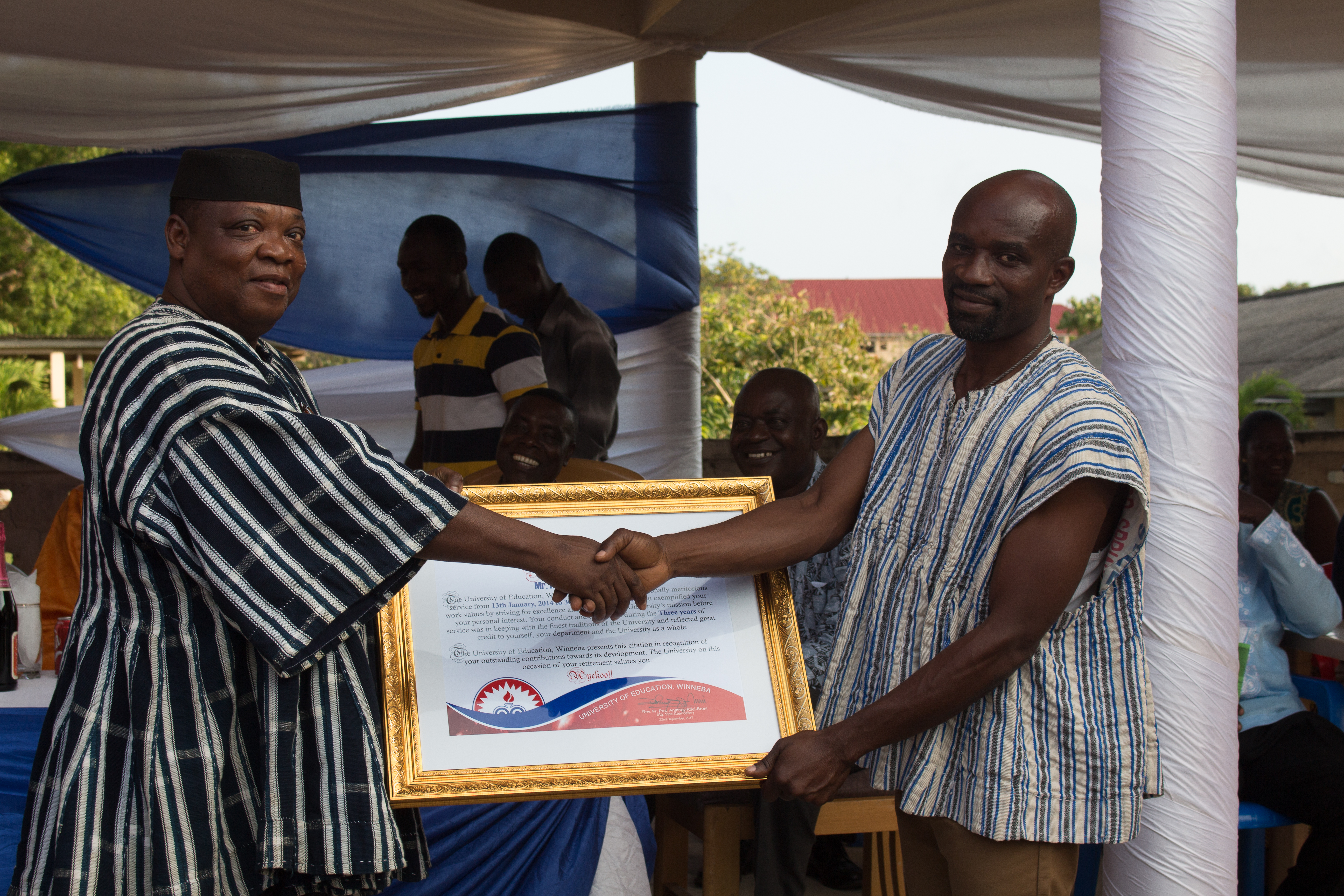