The University of Education, Winneba has observed the global event held to celebrate women’s efforts and contributions to societal growth, dubbed International Women’s Day, with a three-day Gender Sensitization workshop for all categories of staff at the University.

This year’s celebration was held under the theme “Be Bold, Take Action” and showcased series of presentations delivered by seasoned resource persons of the University from 8th to 10th March, 2017 at the J. N. Aryeetey Auditorium. Presentations covered topics such as Involving Men in Gender Equality, Gender Issues in UEW, the Dangers of Living a Sedentary Lifestyle, and Career Development and Progression for Junior Staff. A total of 200 participants joined in marking the annual programme.

The Ag. Director for the Gender Mainstreaming Directorate (UEW) Obaapanin Oforiwaa Adu stated that the event which was originally known as International working women’s day is celebrated every year to commemorate the struggle for women’s rights. She observed that it was important for all institutions across the globe to mark the day as a way of sensitizing society of the invaluable role of women in society. She indicated that this year’s celebration in the University was a continuation of the event held in 2016 to continue the discussions on issues affecting individuals as staff and students of the University. She remarked that it’s important for the entire University community to be bold to take gender issues with all seriousness to serve the good of society.

Presenting on the topic, ’Involving Men in Gender Equality’, a lecturer at the Department of Communications and Media Studies, Dr. Andy Ofori Birikorang observed that, one of the reasons that could account for Ghana’s under-development is leaving women behind in the development process. He remarked that “because we have left our women behind and continue to marginalize them we are unable to make meaningful progress as a nation.” He said that for a country to develop, it is important for that nation to carry their women along with them and not leave them behind.

Explaining the differences between sex and gender, he said, sex is fixed, biological and universal but gender is socially and culturally constructed. Gender needs can be strategic, that is, needs that challenges the statusquo and frees a person from any form of oppression or subjugation or it can be practical, that is, all unmet needs that should be provided for that particular person to play the biological and social roles assigned.

Dr. Ofori Birikorang continued that, the motivations and benefits for men to get involved in the discourse of gender issues are enormous. He mentioned that it gives men the freedom to be themselves, share duties, responsibilities and schedules with their spouses and partners, have more substantive parenting and rewarding relationship with children among others.

Dr. Ofori Birikorang remarked that getting men involved in gender discourse will help them to think critically and subvert gender biases, enlist their support especially in places of power and appeal to their sense of fairness.

The Deputy Registrar in charge of Academic Affairs, Mrs. Wilhelmina Tete-Mensah who took members through a discussion of “Gender Issues in UEW” cautioned that gender issues are deeply entrenched in our Ghanaian society, as result, there is the need to strategize and find a way of going around the situation for best results. In explaining gender equality, equity and sensitivity, Mrs. Tete Mensah explained that gender equality is not necessarily giving the same treatment to everyone but looking out for the peculiar needs that calls for specific redress.

According to her, key findings from a baseline study conducted in UEW in 2004/05 has shown that there is low productivity of female faculty, gender blind policies, stereotyping, and challenges of balancing professional and personal lives as women among others.

She said, it was imperative to educate the men, dialogue, share ideas and involve them when it comes to gender issues. She encouraged the women to spend time and resources on building themselves up, developing their confidence and ensuring that they take up leadership roles when the opportunities present themselves.

She continued that in this age of technological advancement, people have become glued to their screens, be it television, smart phones, laptops, desktop or even playing video games leading to sedentary lifestyle. This has made even children to become sedentary, leading to childhood obesity, diabetes and many childhood diseases, she said.

She emphasized that it was important to watch one’s diet and exercise regularly as when there is more automation, sedentary lifestyle increases leading to more sicknesses. She cautioned that once there is automation, there must be extra physical activity on our part. She said that studies have shown that those who sit for more than five hours every day are at a higher risk of preventable death.

Dr. Offei-Awuku indicated that each individual needs about four hours of exercise every week. She observed that one can have a weekly or daily schedule as to how to achieve the four hours per week of exercise to prevent many of the diseases that are common today.

The Deputy Registrar in charge of the Division of Human Resource, Mrs. Christie Okae-Anti and an Assistant Registrar, Mrs. Patricia Kaitoo presented on Career Development and Progression for Junior Staff in the University. They observed that, it was important for individuals to be responsible for their own development. They urged participants to take personal initiatives to pursue courses that seek to advance their chosen careers instead of areas outside their scope of work. They indicated that the institution has staff development schemes in place aimed at ensuring that large numbers of staff are able to develop themselves and progress on the career ladder. 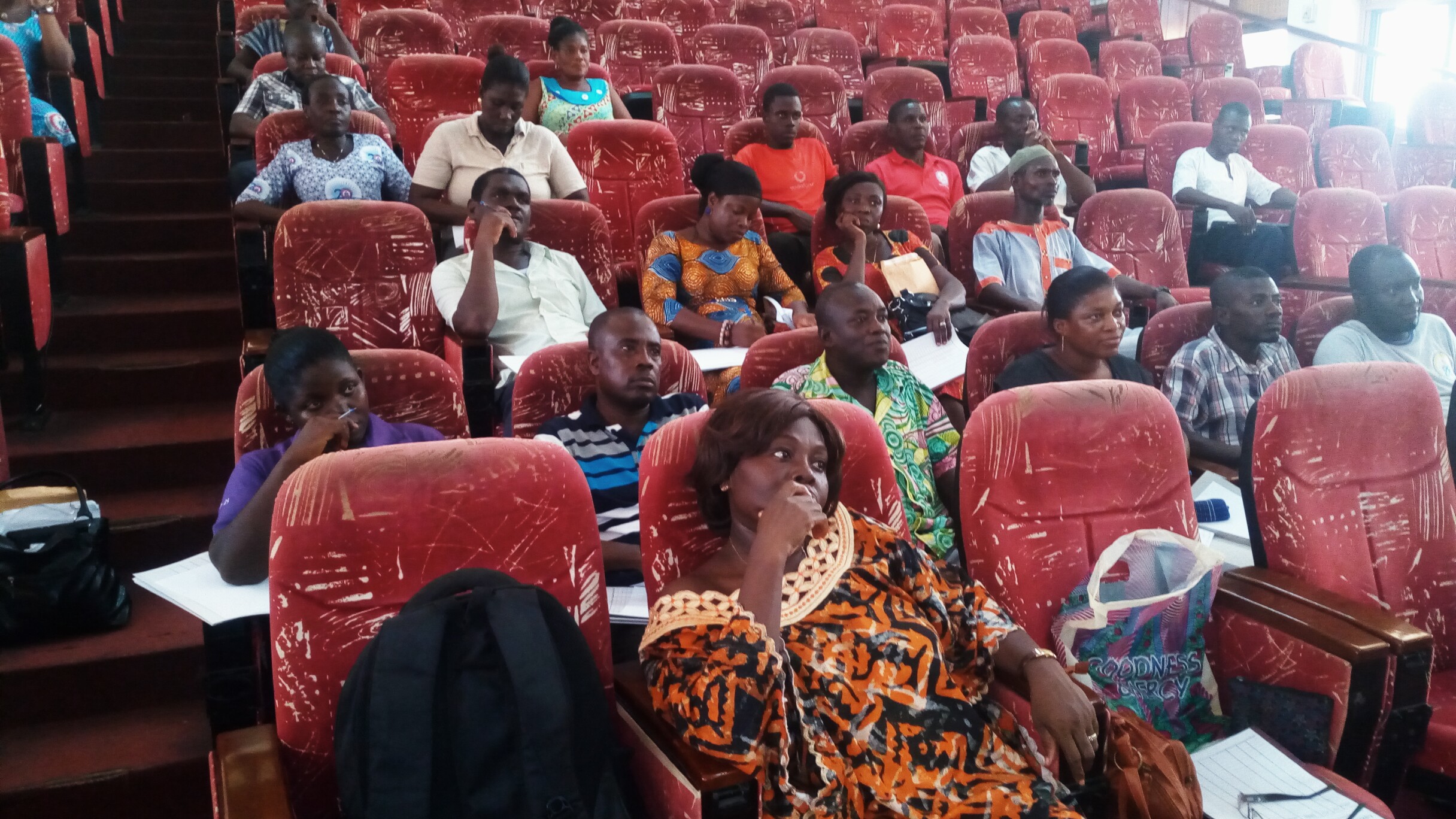