Rev. Fr. Prof. Anthony Afful-Broni has been invested and inducted as fourth Vice-Chancellor of the University of Education, Winneba (UEW) at the Jophus Anamuah-Mensah Conference Centre, North Campus, Winneba. 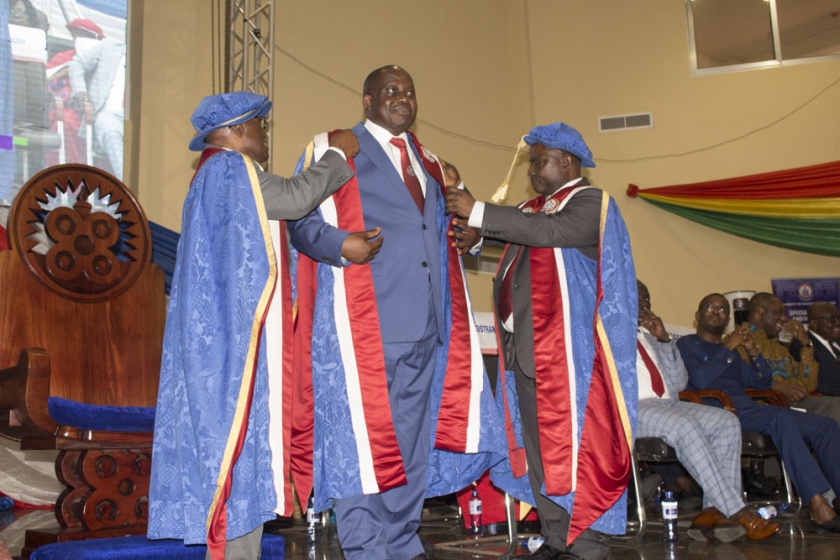 The event which took place today, Monday, 17th September, 2018 was spiced with colourful musical and cultural displays by the School of Creative Arts of the UEW. 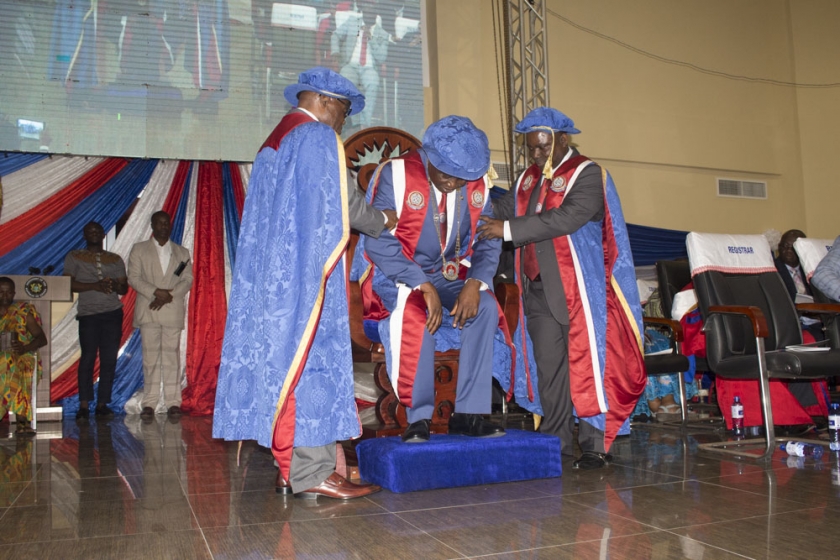 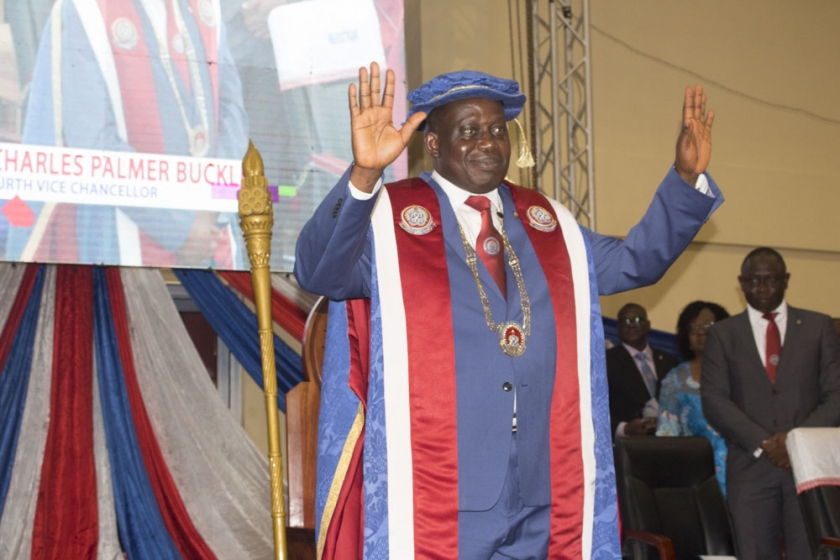 The Special Guest of Honour for the occasion was the President of the Republic of Ghana, His Excellency Nana Addo Dankwa Akufo-Addo. 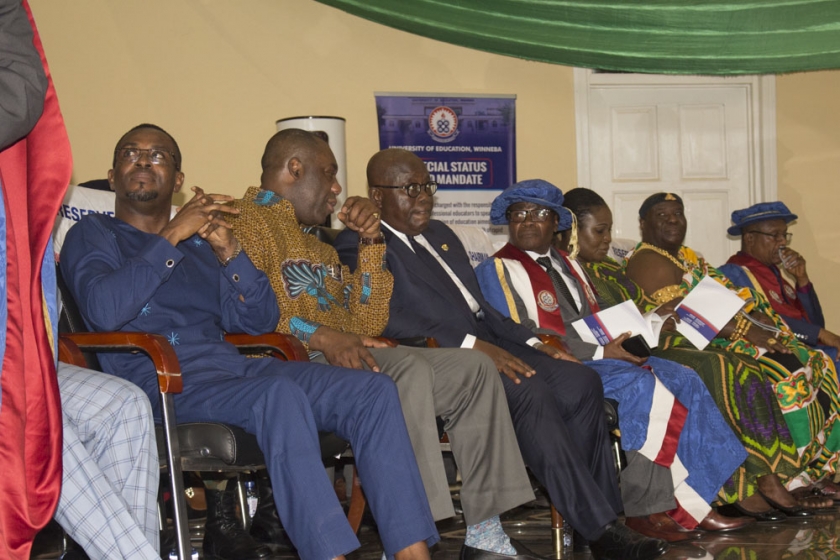 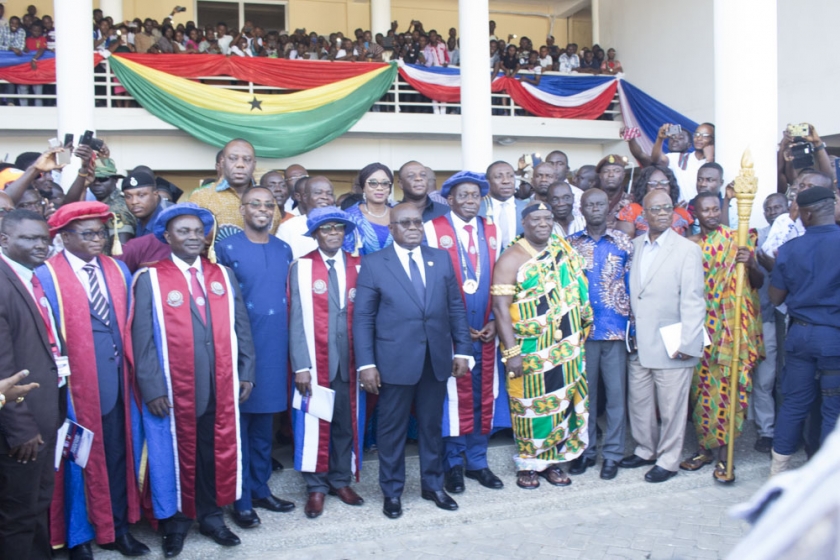 A Group photo after the Ceremony 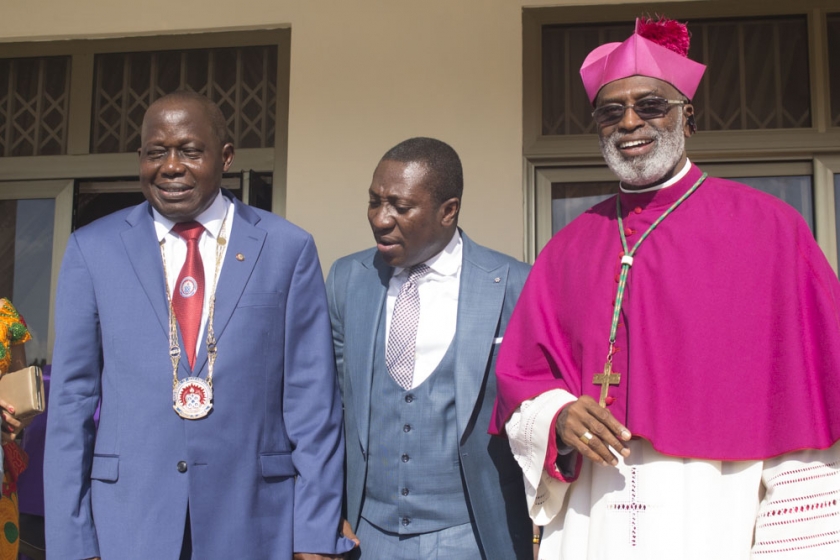 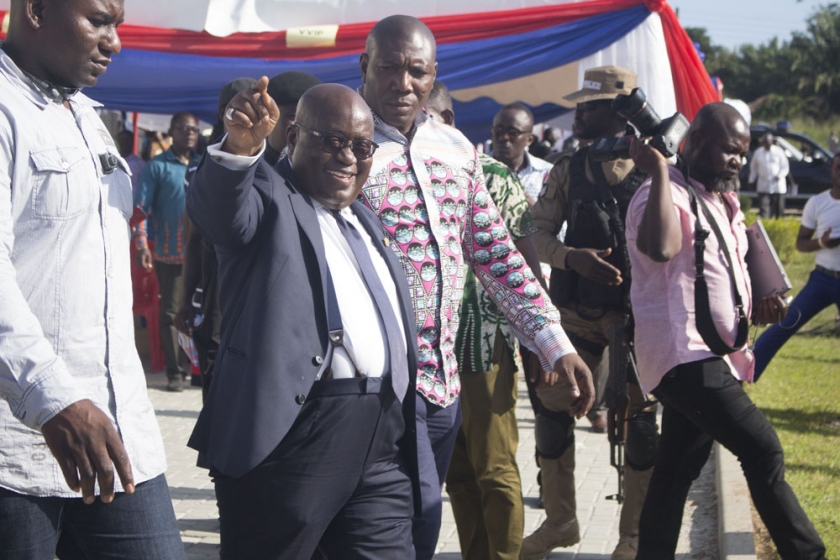