The Registrars’ Welfare Committee on Wednesday, 30th September, 2020, honoured two of its members who retired from active service this year at the Registrar’s Conference Room, North Campus, Winneba.

The two retirees namely; Ms. Felicia Takrama and Mr. Emmanuel Asafo served the University for 16 and 24 years respectively. They were honoured with beautifully wrapped parcels to acknowledge their outstanding services to the University of Education, Winneba (UEW). 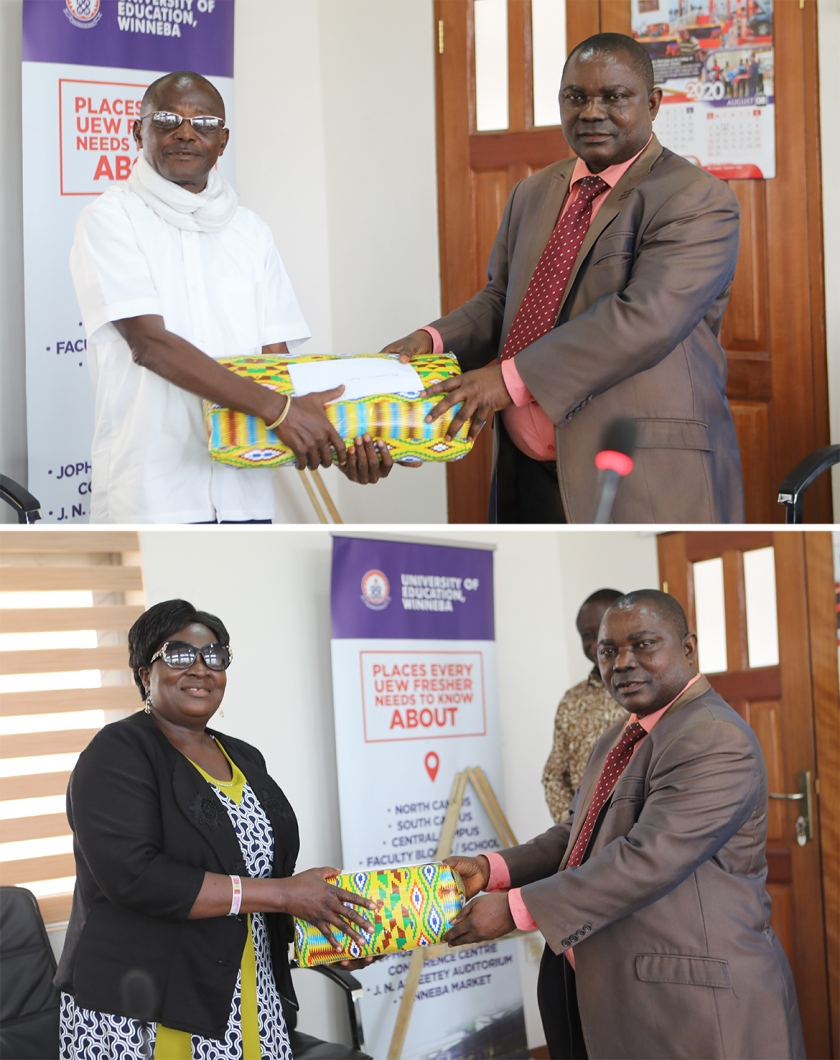 Mr.  Asafo and Ms. Takrama being presented with items for their great services rendered to the University

The Registrar, Surv. Paul Osei-Barima Esq., in brief remarks, commended them for their commitment, hard work, and selfless character to duty for the progress of the University.

“Colleagues, retirement is like death. Each and every one of us would taste it as an employee or staff. So, it is for two of our colleagues this year, it will be the turn of others next year. So, what we are doing today is to symbolise a good working relationship,” he said.

Surv. Osei-Barma Esq. entreated all senior members present to continue working hard for the betterment of UEW and the nation at large. 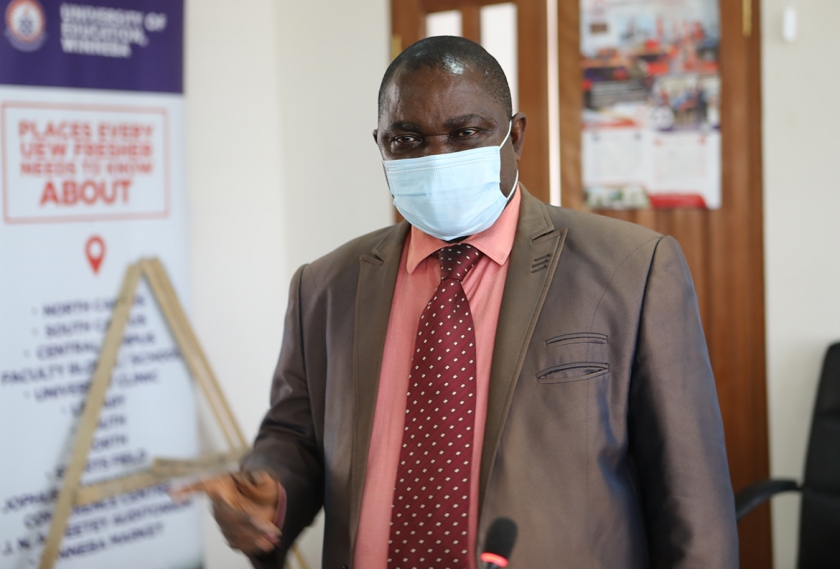 In their responses, they thanked the Almighty for protecting their lives and also giving them good health. They expressed profound appreciation to their colleagues for the love and recognition. 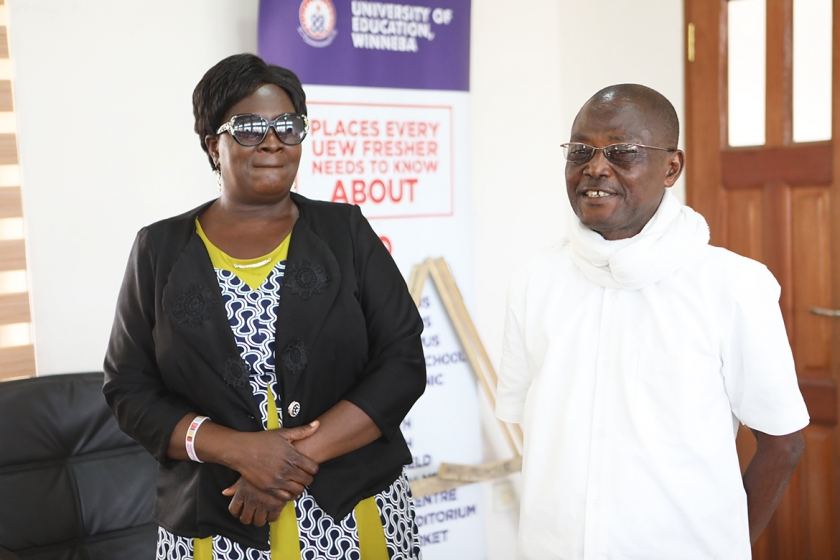 Ms. Takrama was employed on 5th April, 2004 as a Junior Assistant Registrar at Academic Affairs.  She became the Faculty Officer at the then Faculty of Languages Education in October, 2005. She was later transferred to the Alumni Relations Office as the Alumni Relations Officer in May, 2008. From there, she moved to the Institute for Educational Research and Innovation Studies (IERIS) in the year 2013. She retired at the School of Creative Arts as an Assistant Registrar and Faculty Officer in 2020. Some senior members who were at  the presentation ceremony