The President of the Republic of Ghana, His Excellency Nana Addo Dankwa Akufo-Addo has cut the sod for the construction of Technical Examinations Unit Block (TEUB) and also inaugurated a string of workshops and modern equipment at the College of Technology Education, Kumasi (COLTEK) of the University of Education, Winneba (UEW).

The President carried out these activities when he paid a working visit to COLTEK on December 1, 2019. 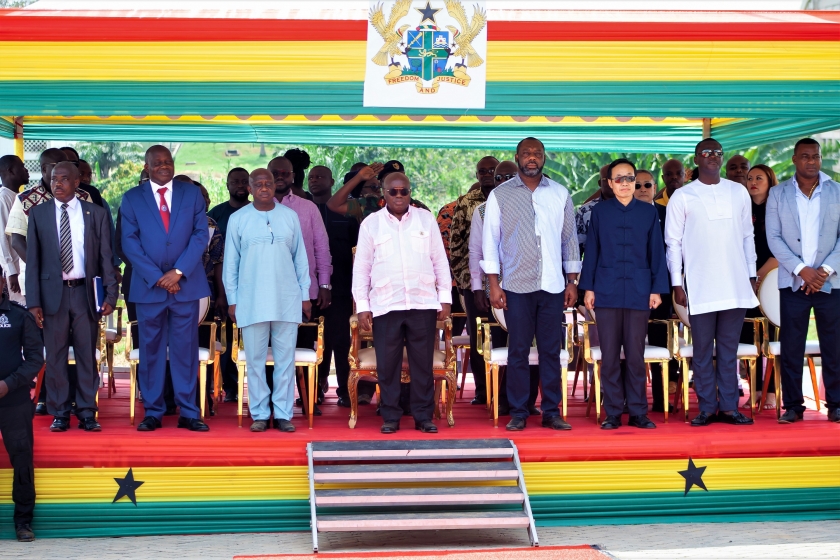 The TEUB project, which is expected to be completed within 12 months, forms part of a Ghana-China Project for the up-scaling and rehabilitation of eight Ghanaian Technical Universities, two Polytechnics and 30 Technical Institutes, with funds from the EXIM Bank of the People’s Republic of China. The AVIC International Holding Corporation from China is the implementing Agency on the project.

The string of workshops and equipment, on the other hand, were provided to COLTEK via the Council for Technical and Vocational Education and Training (COTVET) under the Development of Skills for Industry Project (DSIP) with joint funding from the Government of Ghana (GoG) and the African Development Bank (AfDB). 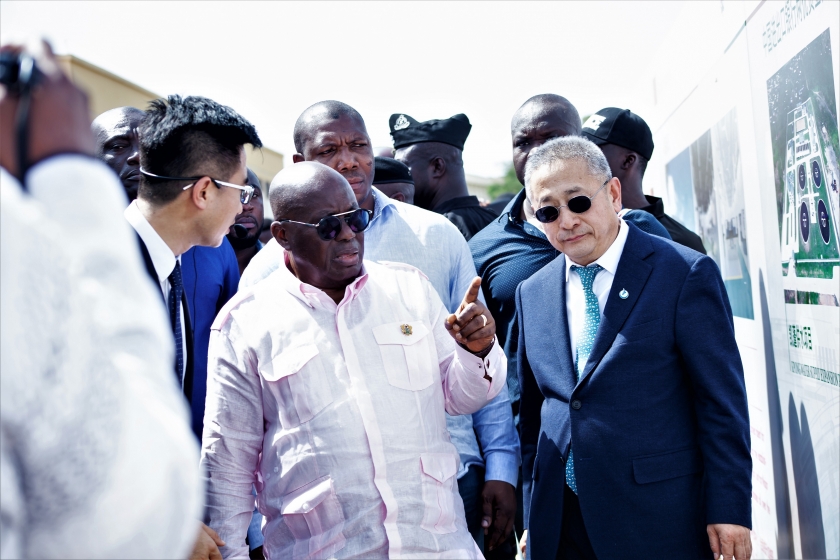 President Akufo-Addo with some of the Chinese Representatives

COLTEK is thus, now endowed with well-equipped workshops and laboratories to offer the best of training in areas including Automotive and Mechanic Engineering; Electrical and Electronic Engineering; Building Construction and Wood Engineering; Fashion Design and Textiles; Catering and Hospitality, an Electronic Library and ICT Center.

The above and other projects lined up for COLTEK are part of the government’s preparation to further plans to grant autonomy to the College in the immediate future.

President Akufo-Addo announced to a loud cheering and hand-clapping crowd that COLTEK is in the hub of a new university that would be called the University of Skills and Entrepreneurial Development (USED). He explained that USED would have satellite campuses spread across the ten Colleges of Education that specialise in skills training in the country.

According to the President, up-scaling Technical and Vocational Education and Training (TVET) is a priority for his government to transform the economy and reduce unemployment in Ghana. 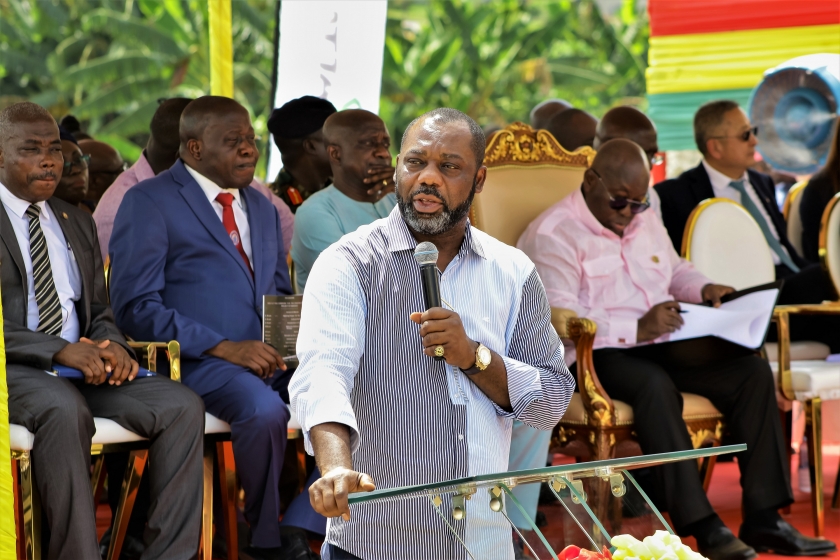 Therefore, he said, the government had developed a five-year development plan to transform TVET in Ghana from 2018 to 2022. Ultimately, he said, the plan had been tailored to achieve the strengthening of the linkages between education and industry as well as to empower young people with employable and entrepreneurship skills to employ themselves and others.

On his part, the Vice-Chancellor, UEW, Rev. Fr. Prof. Anthony Afful-Broni commended highly, President Akufo-Addo for achieving a covetable status as the key game changer that transformed the educational processes of the country. 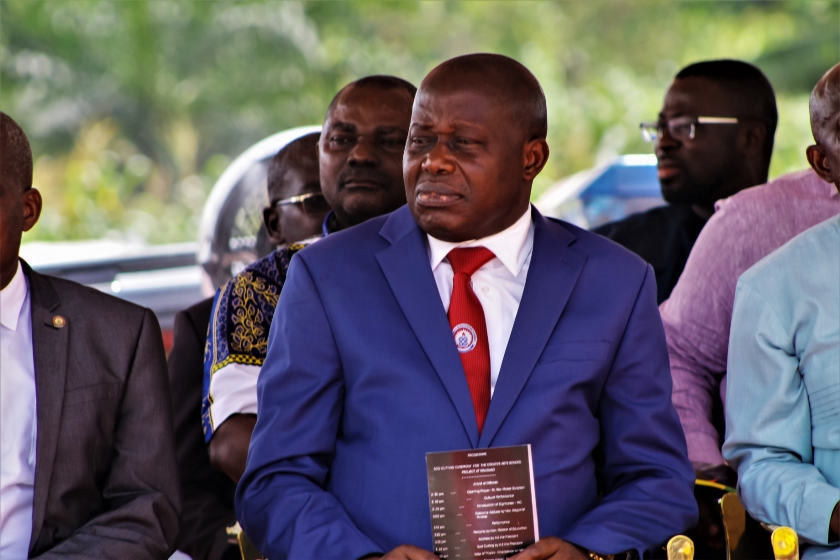 He said the Ghanaian youth would forever be grateful to him for the hard work that would eventually make life better for all.

He was particularly grateful to the government for making COLTEK and College of Agriculture Education (CAGRIC), “babies of UEW”, an autonomous university. 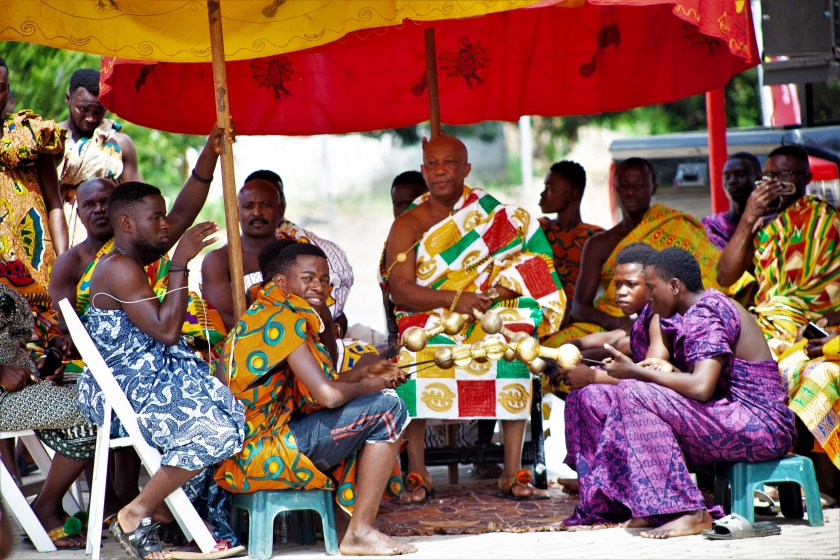 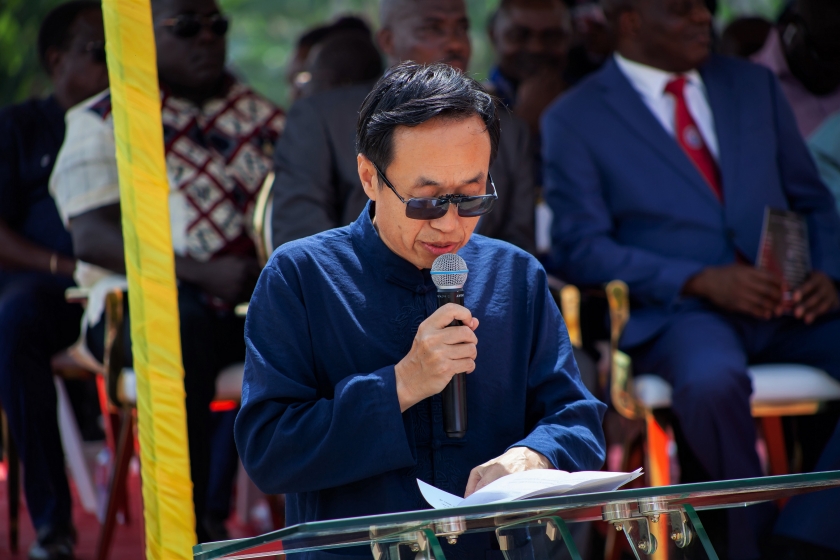 Others were the Registrar of UEW, Surv. Paul Osei-Barima, Esq.; Principal of COLTEK, Prof. Frederick K. Sarfo; Metropolitan, Municipal and District Chief Executives (MMDCEs); Heads of Department and Agencies; Heads and /or representatives of the other beneficiary Institutions of the Ghana-China Project to upscale and rehabilitate TVET in Ghana, among others. 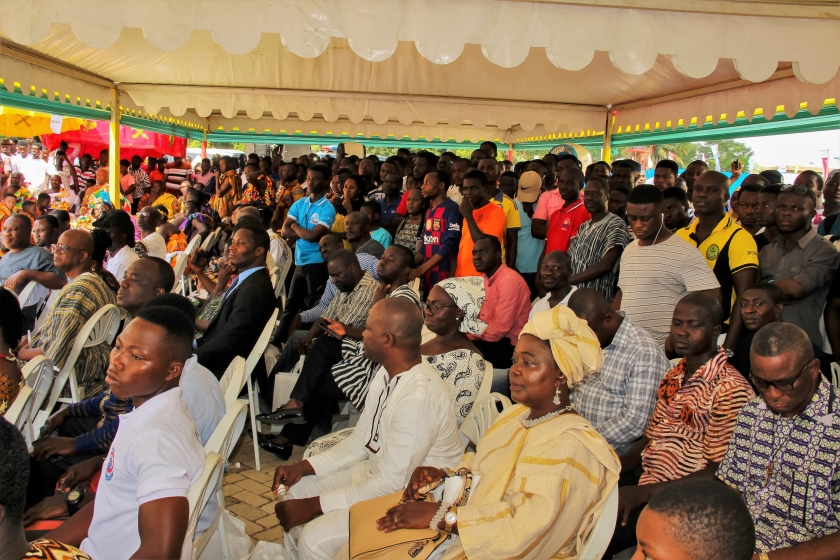