For their tireless efforts that brought much honour to the College of Technology Education, Kumasi (COLTEK) and for that matter, the University of Education Winneba (UEW), three graduating students from the Faculty of Business Education (FBE), were given special mention and due recognition during the First Session of the 22ND Congregation of UEW, last Wednesday in Kumasi.

The three, Messrs Joy Owusu-Achiaw, Simon Brow and Charles Ofori represented COLTEK in the Council for Technical and Vocational Education and Training (COTVET) National Business Plan Competition in 2016, did excellently and as a result, earned a 10,000-dollar award to support a specific students’ entrepreneurship project in the College. Therefore, at the ceremony, they were not only called upfront amidst protracted applause from the throng at the ceremony, but the Management of the University presented a letter of appreciation and a token to each of them to demonstrate the University’s gratitude for the yeoman’s effort.

Three Faculty Members – Mrs. Richmell Amanamah, Dr. P. K. Yalley and Mr Augustine Acheampong –, who guided the competitors to the feat, were also mentioned. Their appreciation letters read in part “We take due cognisance of the fact that the Portable Solar Refrigerator Project you embarked upon was such a brilliant innovation albeit daunting. However, you carried it on quite admirably, and in the process, exuded some rare resilience and drive to go on even when deserved financial and material support and necessary encouragements were not readily forthcoming. Yes, you could not win the ultimate prize at stake in the completion, but we want you to know that we have very high appreciation for the cash prize of 10,000 dollars that your efforts and sacrifices earned for COLTEK in addition to the enhanced shimmering image COLTEK enjoyed by virtue of your participation in the competition.

The three graduands were full of gratitude for the manner the university acknowledged their effort and pledged that they would continue to work hard at any given opportunity to uphold the image of UEW. One of them, Mr Owusu-Achiaw encouraged all other students to commit themselves to hard work so that they could break new ground and achieve something meaningful, not only for themselves as individuals but society as a whole. 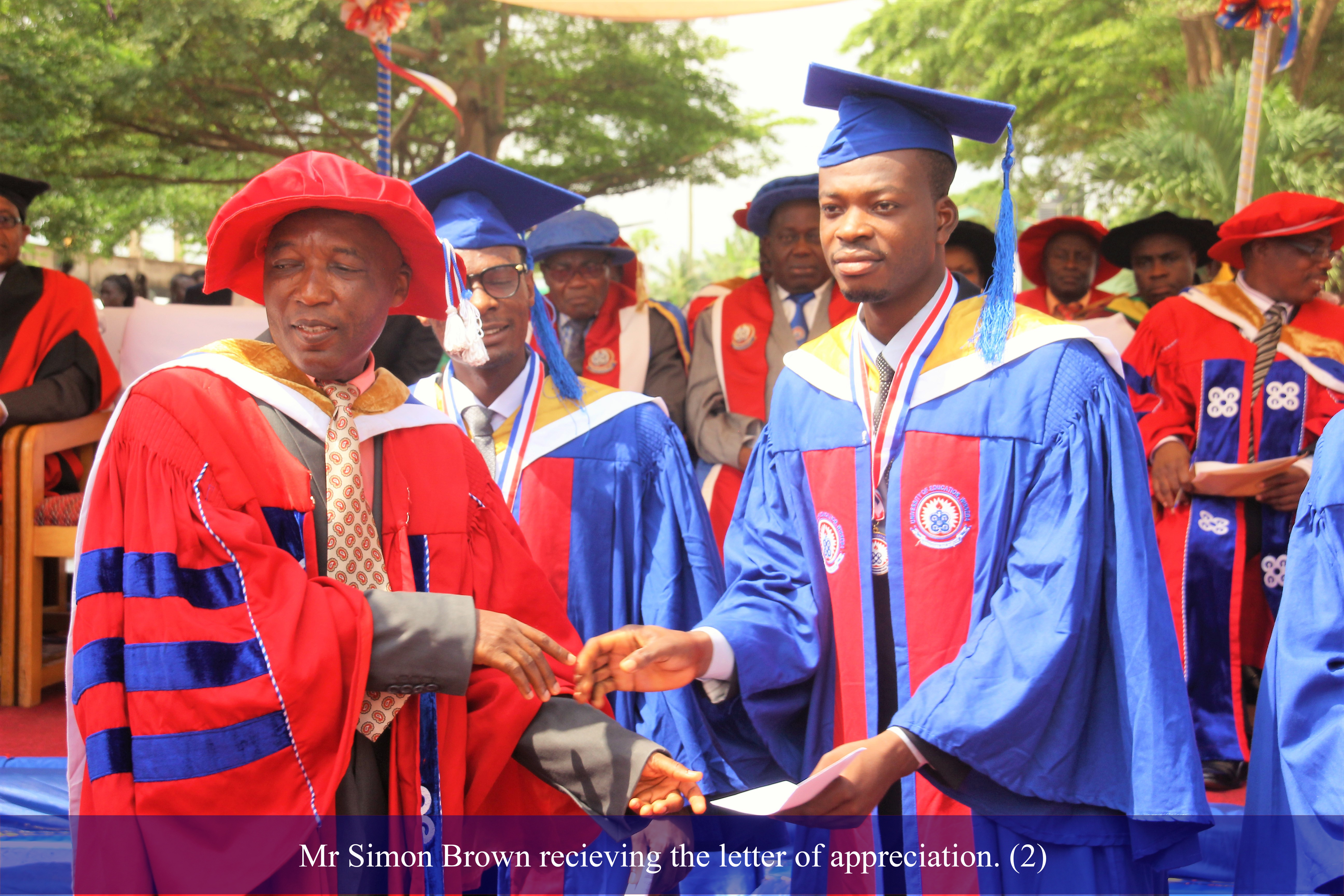 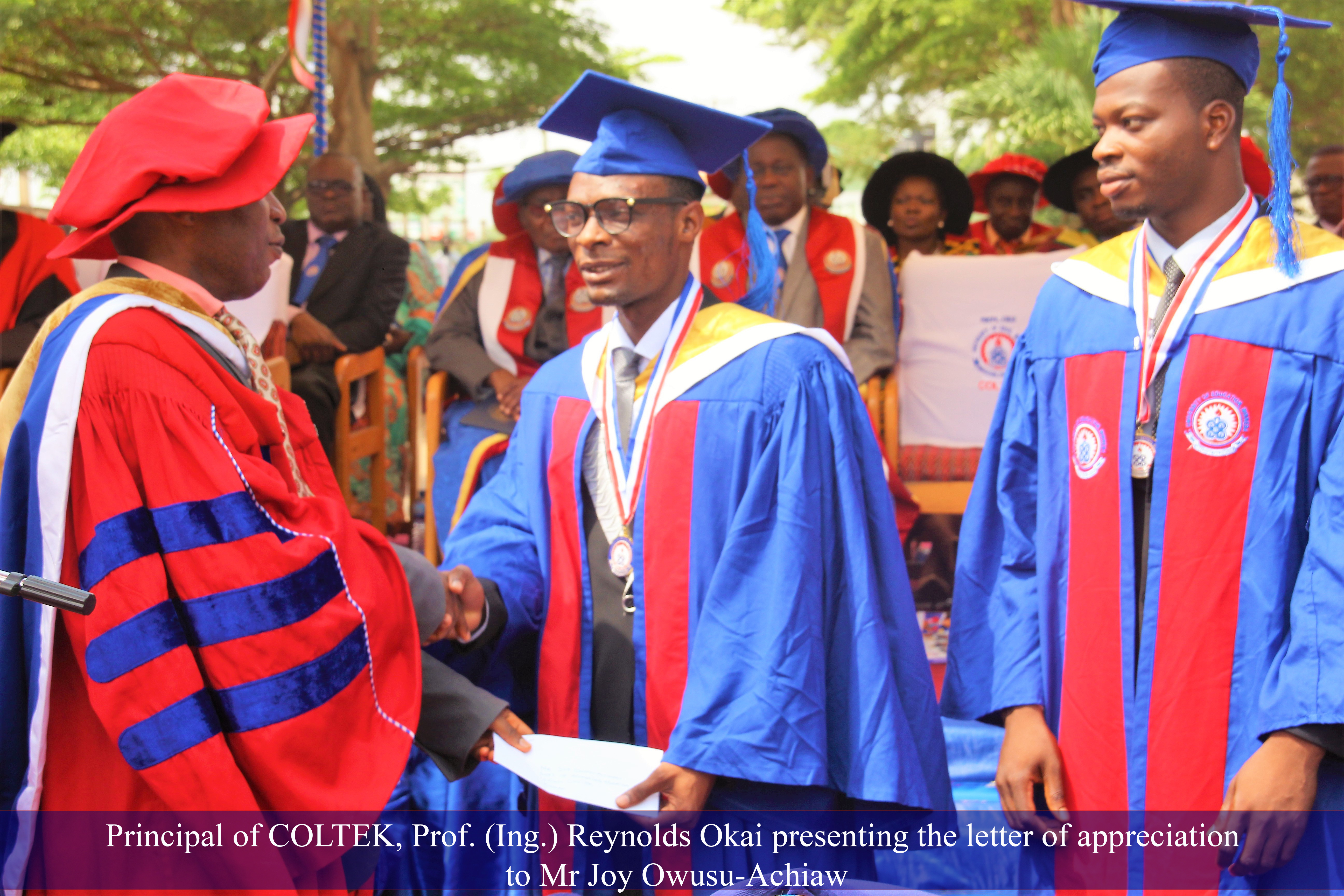 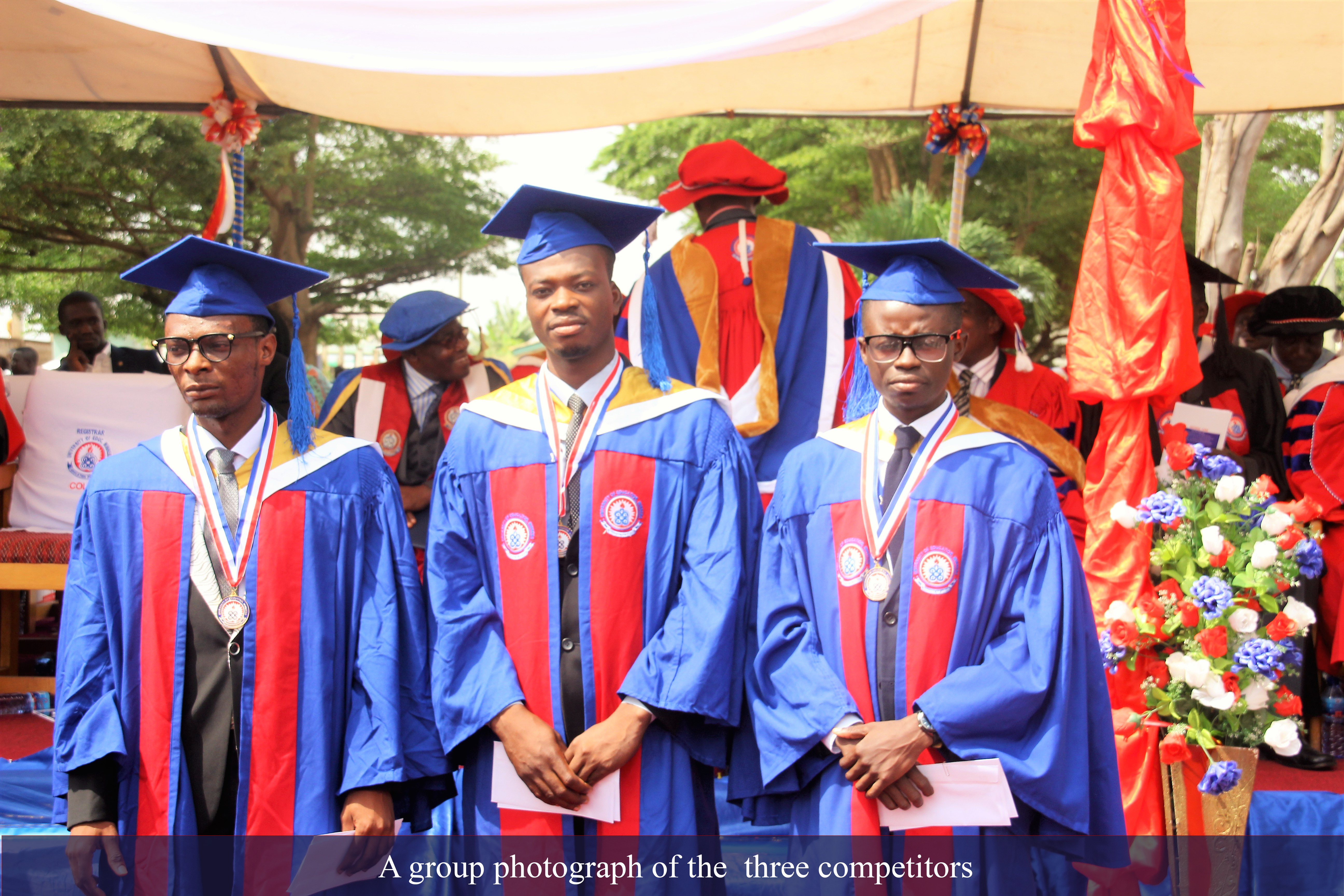