The University of Education, Winneba (UEW), Chapters of the Students’ Representative Council (SRC) and the National Union of Ghana Students (NUGS-UEW) Leadership for the 2021 academic year have been sworn into office.

In his address on the state of SRC, the outgone president, Mr. Emmanuel Oduro Fosu, recounted the achievements his administration had chalked amid the COVID-19 pandemic. 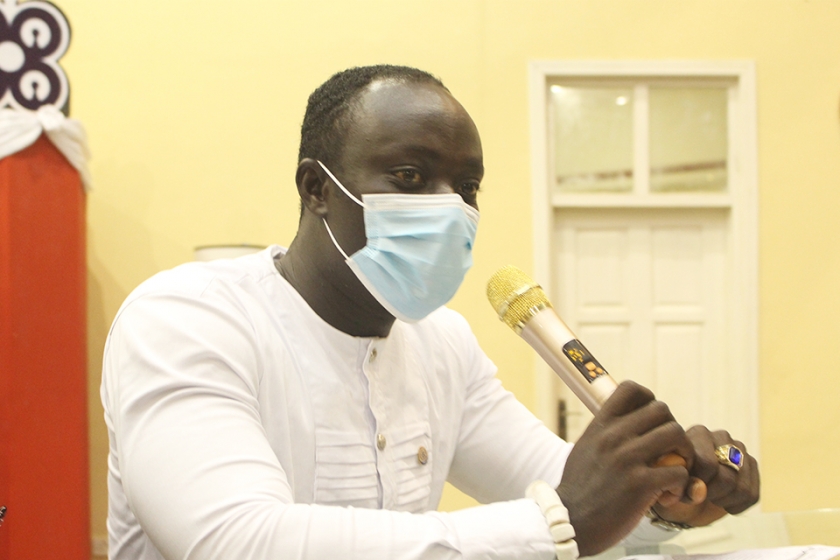 According to him, the SRC procured and distributed renewable AirtelTigo data sim cards to all students, restored and operationalised the defunct shuttle system on campus, purchased 20,000 branded Lacoste for all students, procured six Public Address (PA) systems which were mounted in some of the bigger lecture halls across the three campuses and constructed a footbridge on the stream along the footpath that leads to Egyaa lodge and the Faculty block enclave.

Mr. Oduro Fosu added that his administration procured and mounted portable dust bins across the three campuses, fixed bulbs and repaired most of the electrical faults at various summer huts, pavilions and other vantage points, engaged Management of UEW to resolve the technical hitch that led to mass failure of students in some of the general educational courses, paid the medical bills of 30 students and partnered the Local NUGS to organise SSNIT, TIN, and e-Zwich card registration for students.

The longest serving SRC president, Mr. Oduro Fosu, implored the current President and his administration to continue to improve the shuttle system, reactivate the sharing of data sim cards to help students get easy access to internet, fix more PA systems at various lecture halls, increase the number of students to access the SRC student support fund, include persons with special needs in his administration and to renovate the abandoned swimming pool at the South Campus. 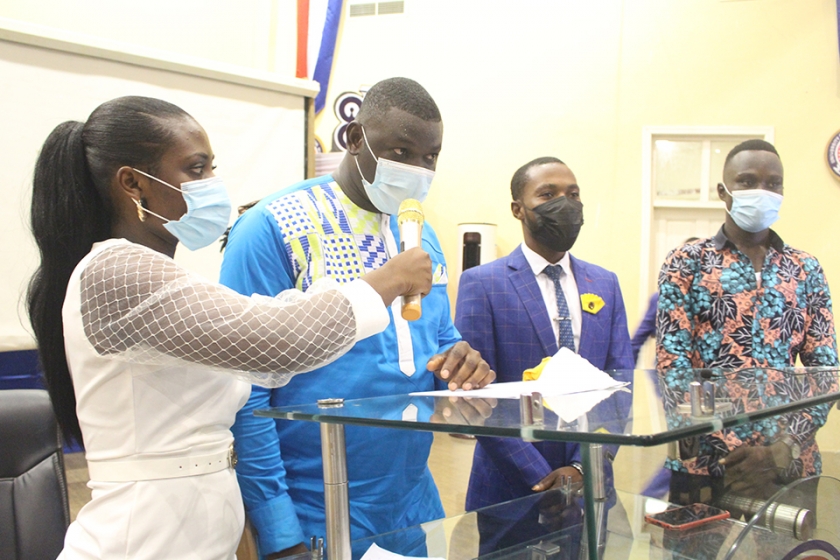 The President of SRC, Mr. Reuben Brother Dorkenoo, in his acceptance speech, expressed his appreciation to the entire student body of UEW, Heads of Department, Lecturers, various campus Associations and his predecessor. “I am grateful to the entire student body of our great University for speaking through their votes for a unifying leadership, a new direction, and a new vision to consolidate and advance the course of our SRC heritage.”

Mr. Dorkenoo revealed that his administration’s first focus would be to get more PPEs and to hold sensitisation campaign to help fight the deadly COVID-19 pandemic at UEW. He pledged to revamp transportation, housing and utilities, education, welfare and SRC presidential initiatives.

“My administration shall work hard to solicit for an investor to invest in our SRC hostel project. In addition, we shall lobby and campaign for the provision of street lights in many dark corners on campus and outside campus. We shall establish the SRC Presidential pitch initiative to elevate and promote homegrown creative entrepreneurial ideas of our students. Again, my administration shall in due time establish the SRC support fund for student journalists at Radio Windy Bay”, he promised. “To the President and your team, you have the Office’s fullest assurance and assistance in your administration. As I said earlier, students are the business and the business is the students. Without students, this University will not be there. Therefore, students are our major priority and we do not joke with their matters. Thus, the Office is available 24/7 and the system is working and very responsive to students' issues,” he assured the current SRC President and his team.

There were goodwill messages from the President of Graduate Students’ Association of Ghana-UEW Chapter, Mr. Enoch Ansah and SRC Chaplain, Rev. Joy Tchetan. 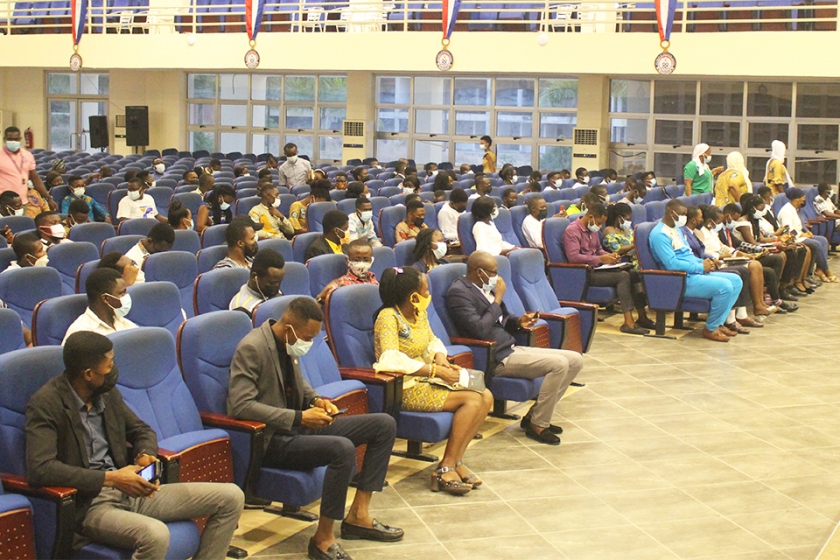