Staff of Halls of Residence at College of Technology Education, Kumasi (COLTEK), who participated in a two-day workshop organised by the College Hall Administration, could not hide their joy for the opportunity which they aver had prepared them to offer improved services to the University of Education, Winneba (UEW).

In their view, the workshop could not have come at a better time when modern trends had made it needful for Hall Assistants to improve their modus operandi in order to achieve excellence in their work. One of them, Ms Matilda Fokuo-Dwomoh, therefore, commended Management of COLTEK and the Halls for organising the workshop and hoped that such refresher courses would be held more often so staff would keep pace with changing circumstances and remain competitive.

The workshop, which among other things, sought to imbue participants with enhanced knowledge and skills befitting of global best practices, spanned October 26-27, 2017. Key topics treated included “Front Desk Management”, Best Practices in the Service Industry”, “Upholding Ethical Issues in Institutions”, “Healthy Work Habits among Staff”, “Security Consciousness” and “The Role of the Hall Staff in Achieving the Corporate Strategy of UEW”. Opening it, the Acting College Registrar, Mr. Michael Kofi Twum-Ampomah reminded participants of the critical role they played as the university’s direct contacts to its foremost customers (students). Subsequently, he asked them to ensure that students in the Halls of Residences were at their optimal comfort and convenience at all times so they could speak well of the University to bolster its positive image. “Be careful of your utterances before the students, issues of alcoholism, absenteeism and the like must never be associated with you because everything you do and do not do would directly impact on the image of the University”, he admonished. Again, he advised participants to take their personal developments very seriously so they could rise to higher ranks in the University.

The Head of Security at COLTEK, Mr. Joseph Amankwah called for a stronger collaboration between the Security Session and the Halls of Residence when given the opportunity to address participants. He was of the opinion that criminals were all around and therefore, it behooved on all to be security conscious at all times, being mindful enough to lock up doors when necessary and preventing intruders from visiting the Halls even if it was to watch television at the Junior Common Rooms (JCRs). The Head of Academic Affairs at COLTEK, Mr. Charles Baba Campion who spoke on “Healthy Work Habits among Staff” encouraged participants to endear themselves to building group teams where members could support and depend on one another as well as ensure there was mutual respect, trust and inhibited communication among them. 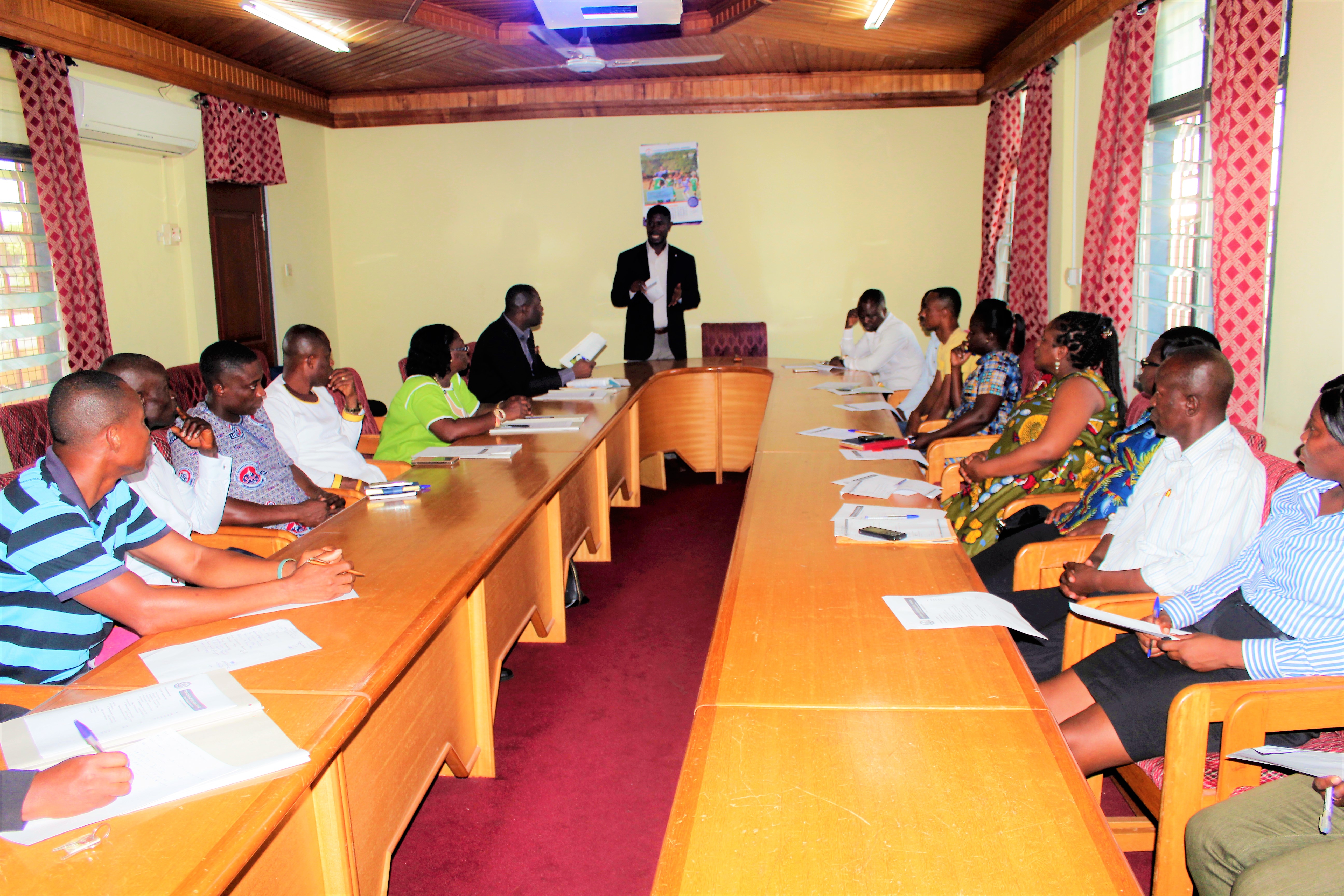 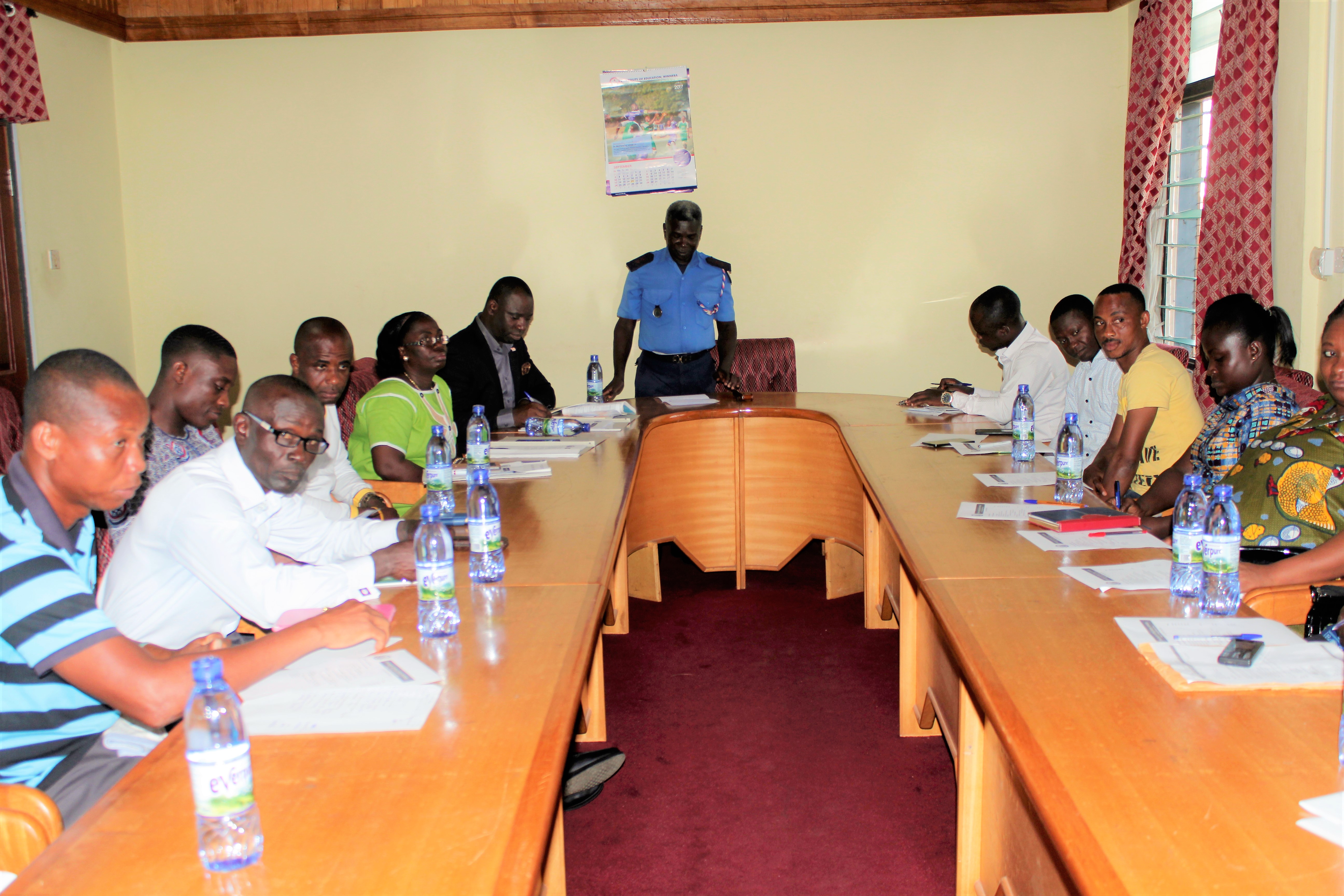 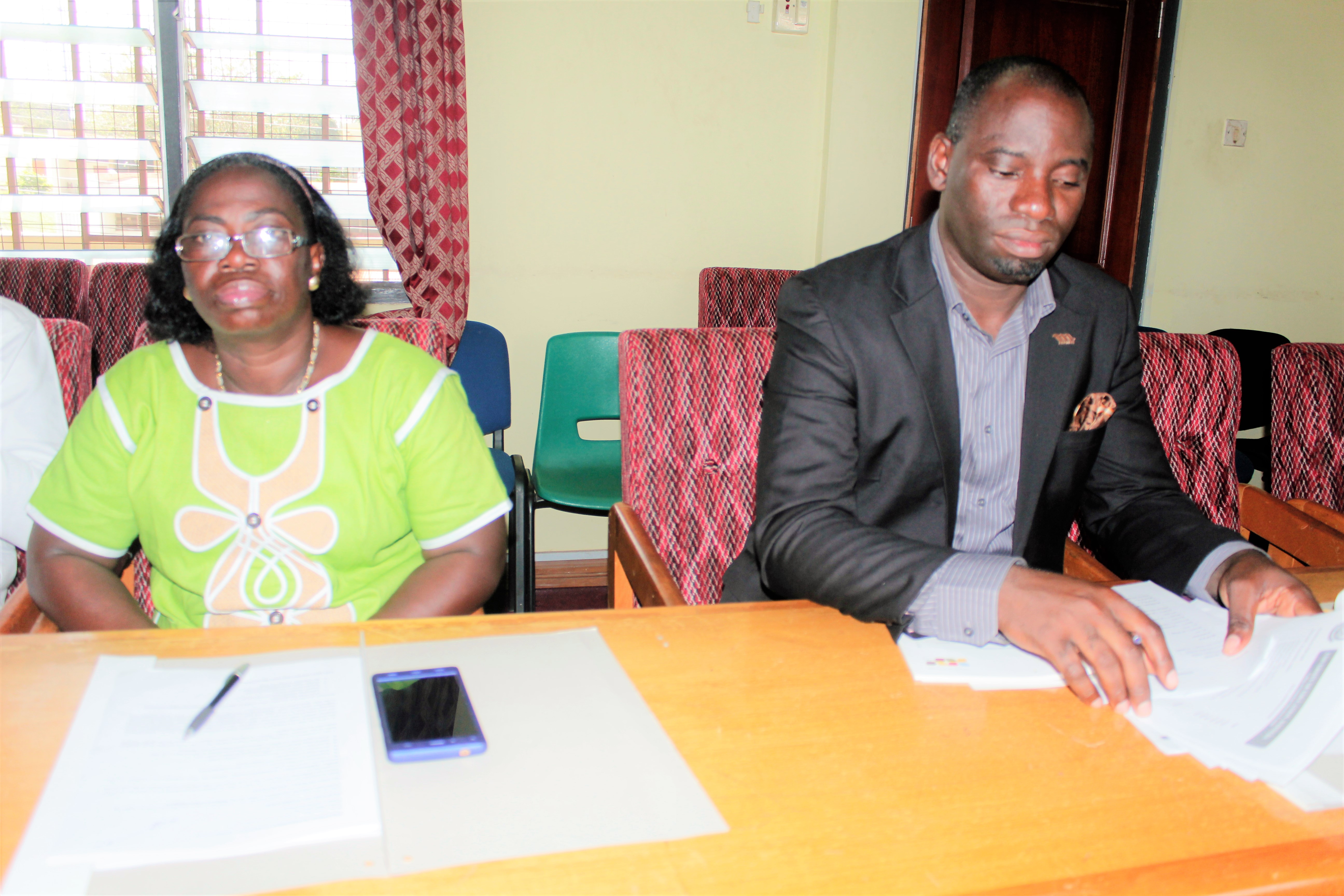 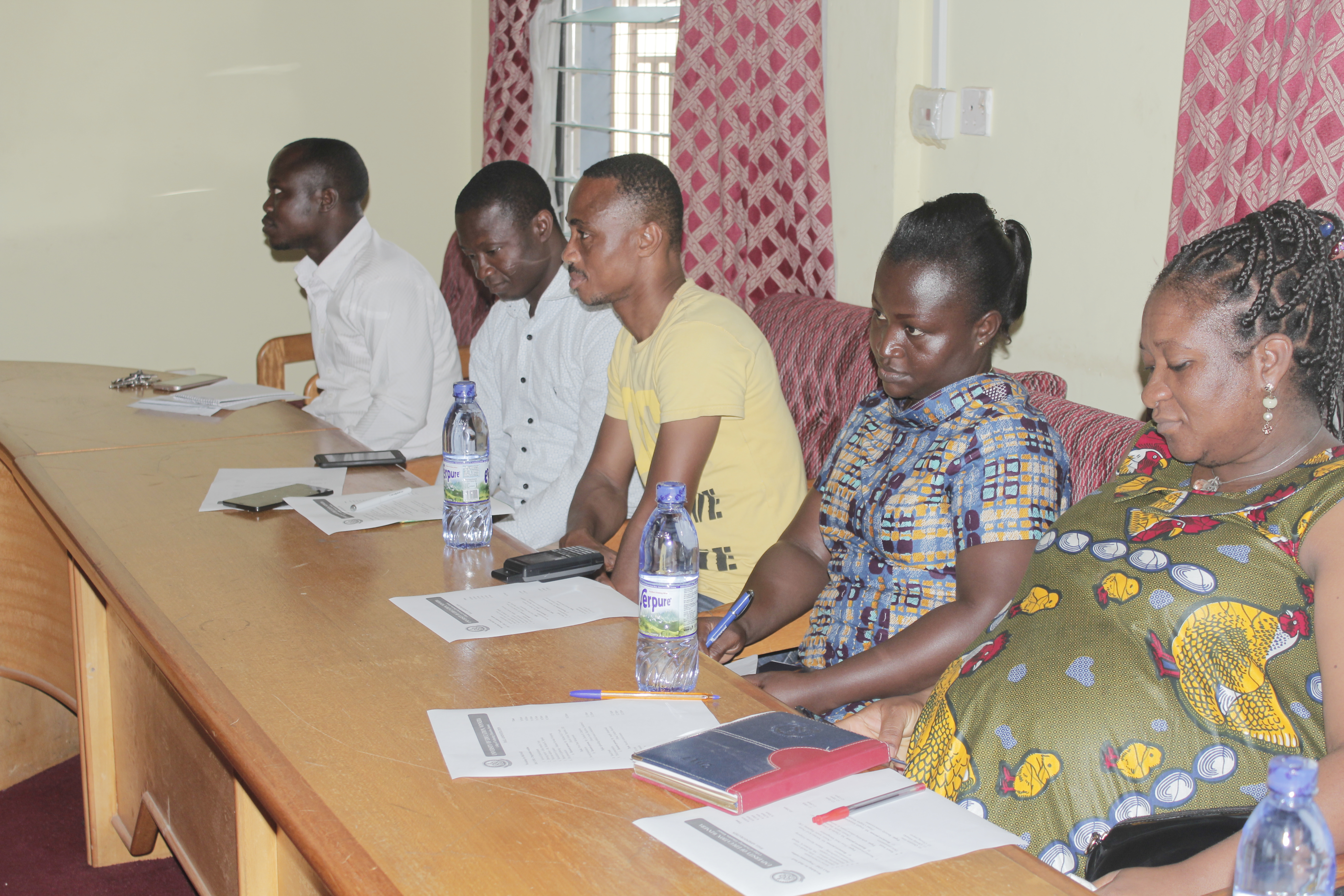 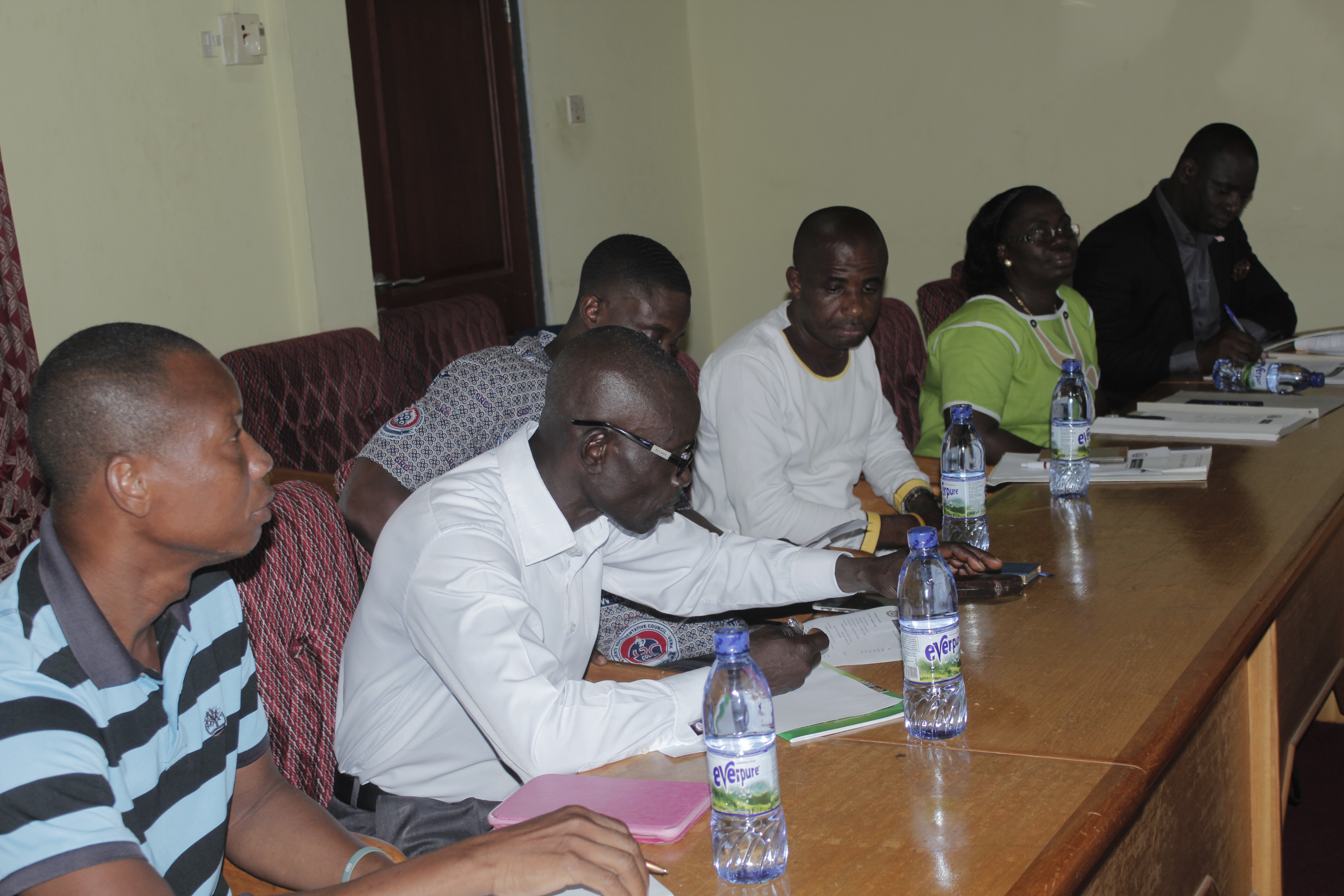