The Department of Geography Education has embarked on a series of educational trips as part of their courses of study in the 2016/17 academic year. The trips were organised to deepen the understanding of students on issues discussed in class and to help students acquire practical experience of their courses pursued.

In the first semester, the level 100 students studying Introduction to Geography were taken to the Planetarium in Accra. They were led by Dr. Anthony Baabereyir, the course lecturer. In the same semester, the Level 200 students studying Geomorphological Processes and Landforms were taken to the west coast to study coastal processes and landforms. This trip, which was led by the course lecturers, Dr. Kofi Adu-Boahen and Dr. Ishmael Yaw Dadson took them to the Gold Hll Beach in Komenda where the students were taken through practical lessons in coastal process and landforms. The coastal erosion and other landforms are well developed along this coastline. They were also taken to the Pra River estuary at Shama and then to the Sekondi-Takoradi, Nkontompo coastline for further identification and study of coastal landforms. The same group of students were also taken to the Muni-Pomadze Wetland in Winneba.

In the second semester of the 2016/17 academic year, the level 400 students were taken to the Old Fadama and other slum areas in Accra for better understanding of some of the concepts/issues studied in the course Geography of Housing and Human Settlements. They were led by Dr. Esther Danso Wiredu, the course lecturer. The latest in the series of the educational trips were made March 2017. The level 100 students, studying Climatology, were taken to the Ghana Meteorological Agency for further studies on weather and climatic issues. They were taken through practical lessons including identification and use of the various weather and climatic instruments. The trip further took them to the GMET station at the Kototoka International Airport where they were taken through how weather forecasting is done and the crucial role GMET plays in the aviation industry in Ghana. This educational tour, thus served as a general wrap up for both Introduction to Weather and Climate and Climatology. They were accompanied by Dr. Kofi Adu-Boahen and Dr. Ishmael Yaw Dadson.

The last in the series of the field trips were organized by the Geography Students’ Association (GEOSA) to Nzulezu. This trip gave the students the opportunity to observe nature’s beautiful sceneries and the ingenious ways by which humans can utilize natural resources. This trip also gave the students, especially the Level 300s more insight into the course, Geography of Tourism which is an elective course. This trip was led by the GEOSA Executives, such as Mr Thomas Asante, the President with his other executives and the patrons, Mr. Mathew B. Kursah, Mr. Enoch F. Sam and Dr. Adjoa Afriyie Poku.

These places of visits were thus used as the laboratories for the various courses. The pictures below are some of the scenes captured during some of the trips. 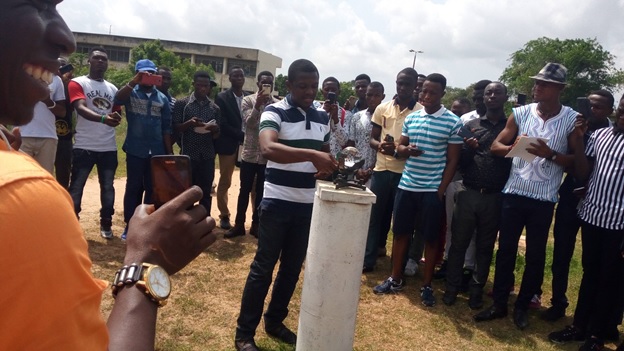 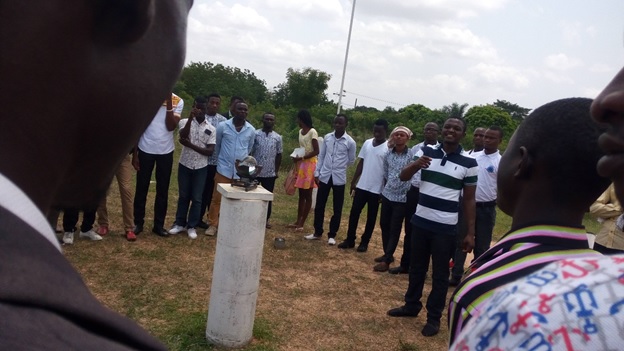 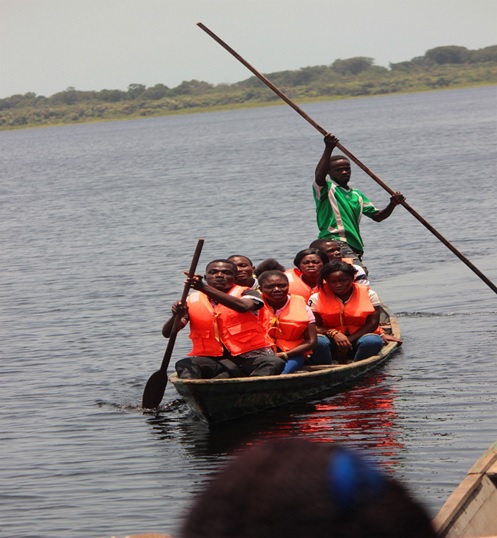 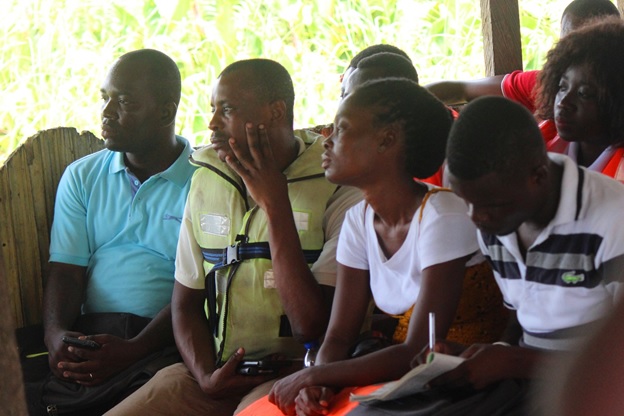