He assured the Traditional Council of his willingness to collaborate with it for their mutual benefit. “My doors will always be opened to you; whatever we can do, to the extent that it is feasible, we shall do to keep this relationship”, he added. Speaking on behalf of the President of the Techiman Traditional Council, the Akwamuhene of Techiman, Nana Owusu Gyare minced no words in expressing how gratifying it was to receive the assurance about the continuation of the project. He in turn assured the University of the Traditional Council’s readiness to continue to work closely with the University to ensure the timely completion of the project.

He drew attention to the imminent competition as other universities were also citing campuses in Techiman and its environs and urged UEW to double up the pace of work to complete the project in order to remain competitive. The Vice-Chancellor was accompanied by some principal officers, key among them were the Registrar, Dr. C. Y. Akwaa-Mensah, Finance Officer, Dr. Theophilus S. Ackorlie and the Principal of the College of Technology Education, Kumasi (COLTEK), Prof. (Ing.) Reynolds Okai. Members of the Traditional Council who received the Vice-Chancellor and his entourage on behalf of the Omanhene were Akwamuhene, Nana Gyare; Adaatihene, Nana Gyasi Acheampong; Sanahene, Nana Akomah Frimpong and the Techiman Nkosuohemaa, Nana Amponsah Baaku who represented the Techimanhemaa. Others were Nana Antwi Boasiako, Dabenhene and Nana Appenteng Fosu-Gyeabour, Hansuahene/Baamuhene. The Vice-Chancellor and his entourage took advantage of their presence in Techiman to inspect the building project currently being constructed. He interacted with the contractor and the consultant to the project to seek first-hand information and update on the progress made so far. The Vice-Chancellor assured the contractor of the University’s readiness to see to the completion of the project. He urged him to speed up work so that the project will be completed by middle of 2017. 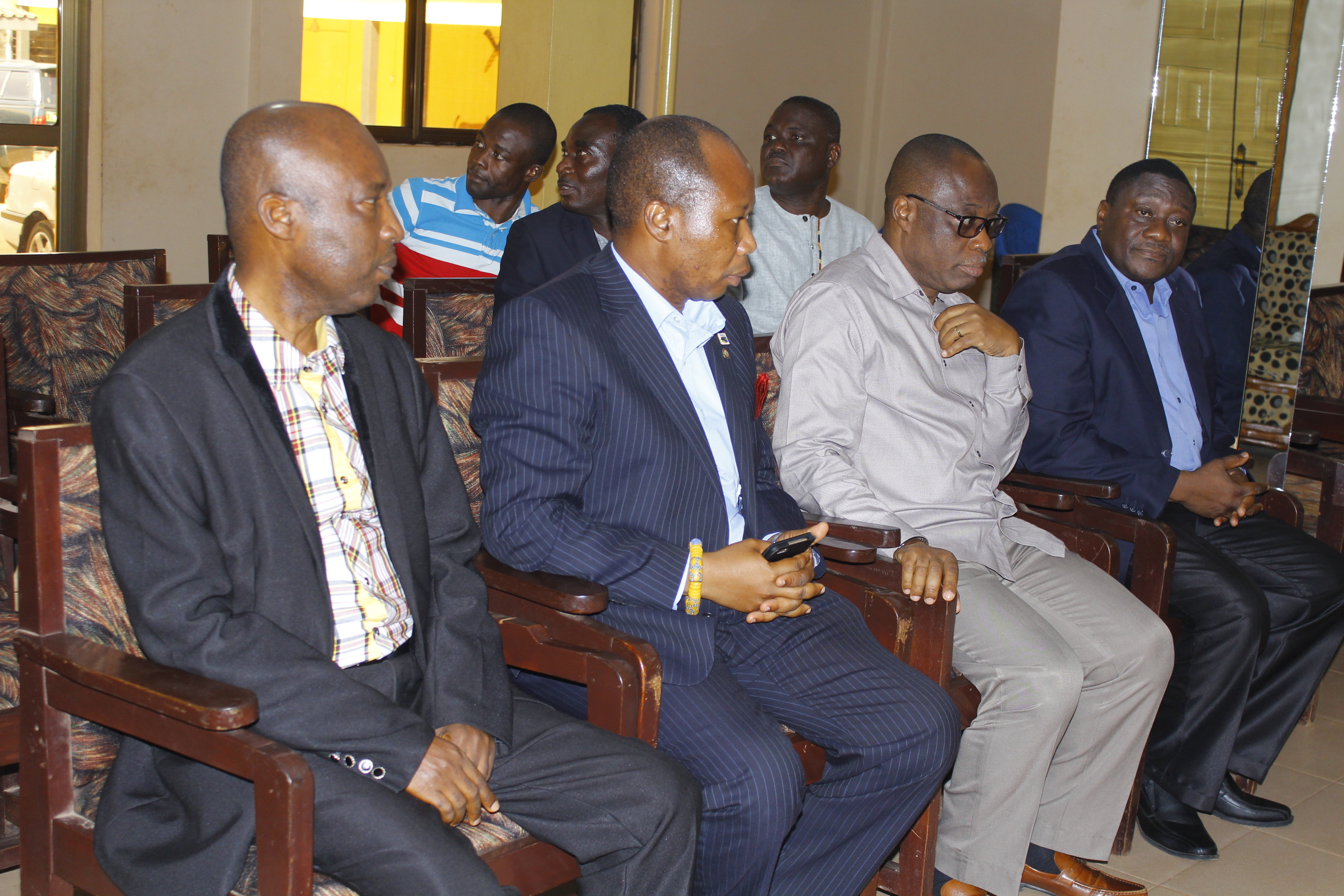 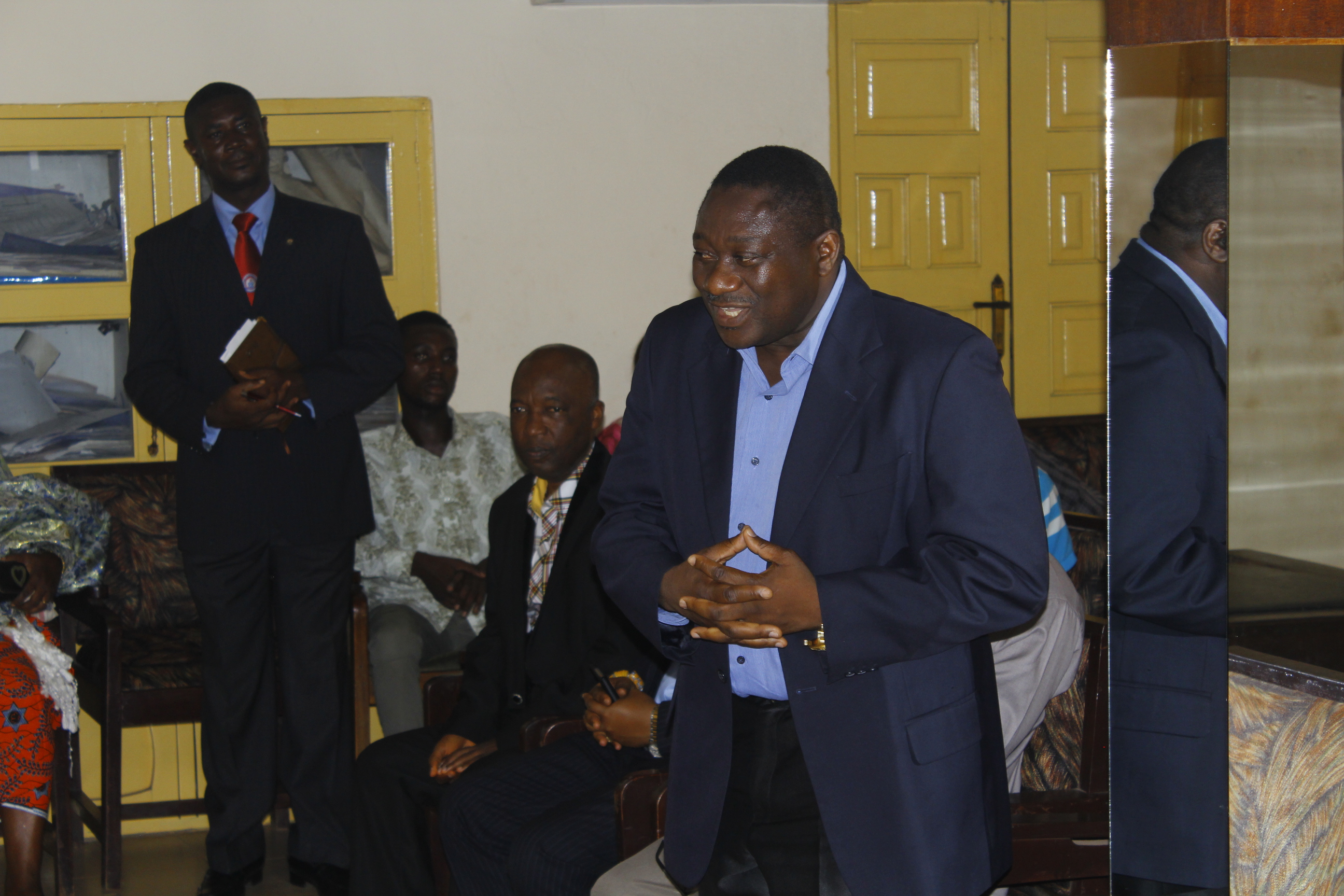 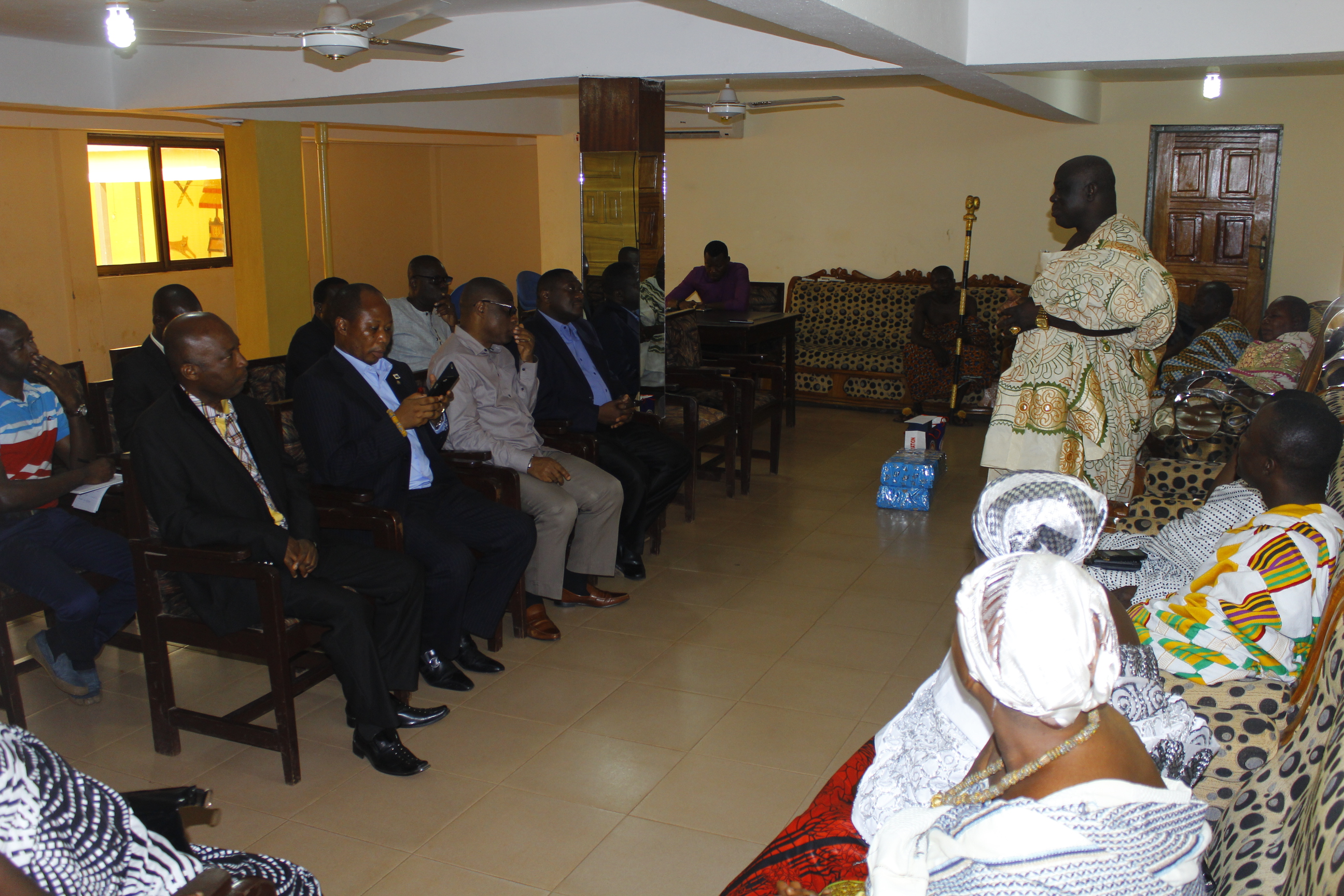 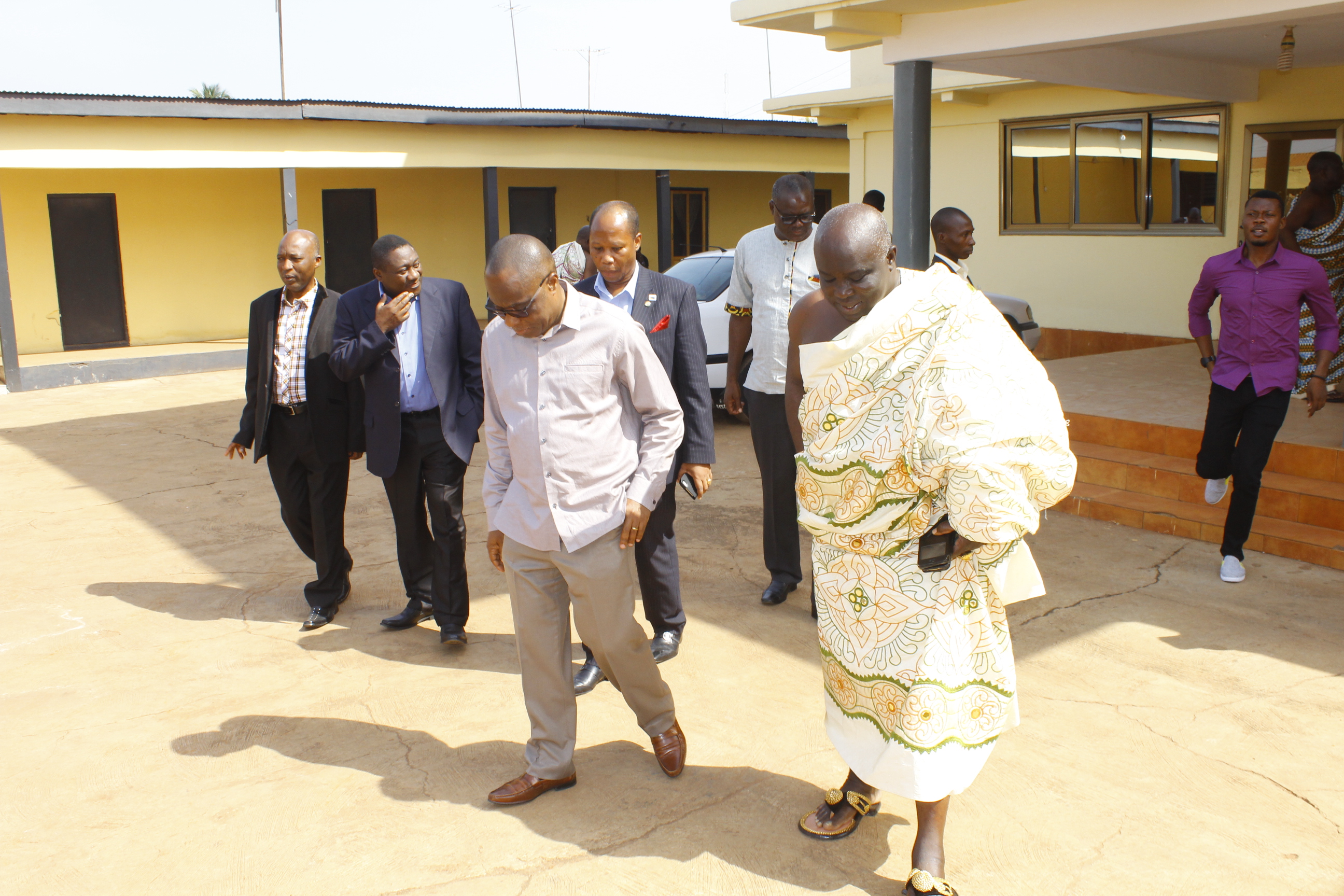 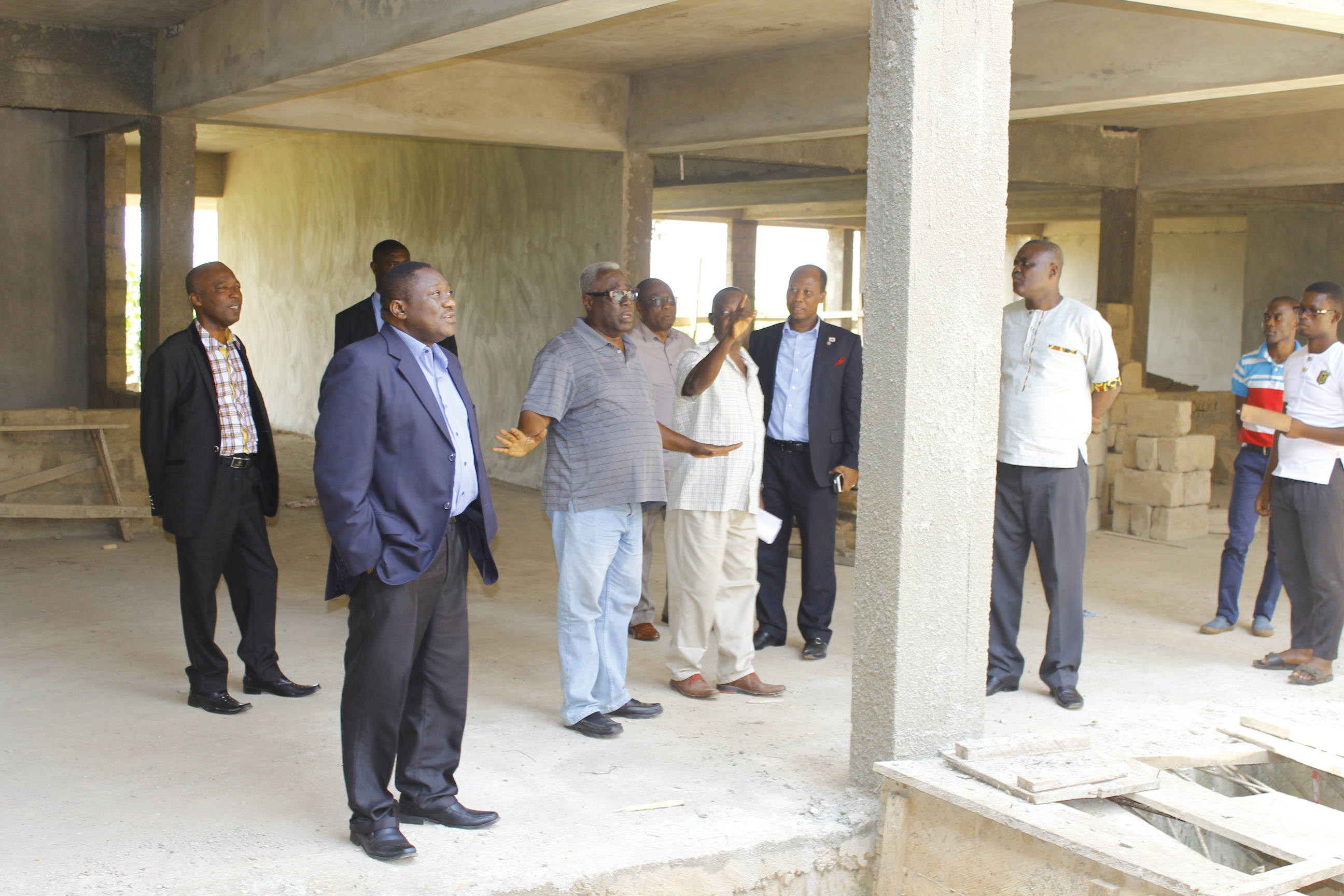 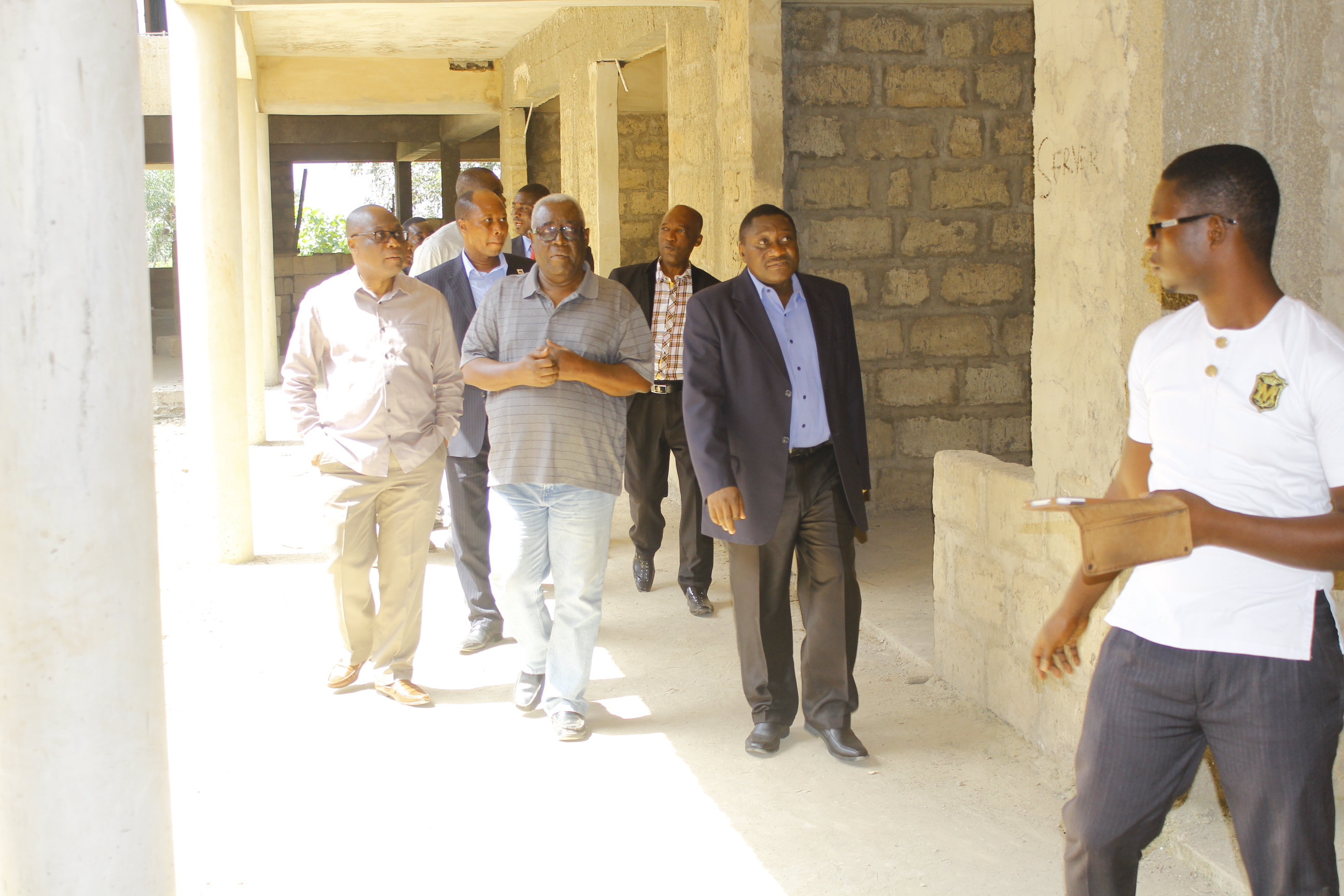 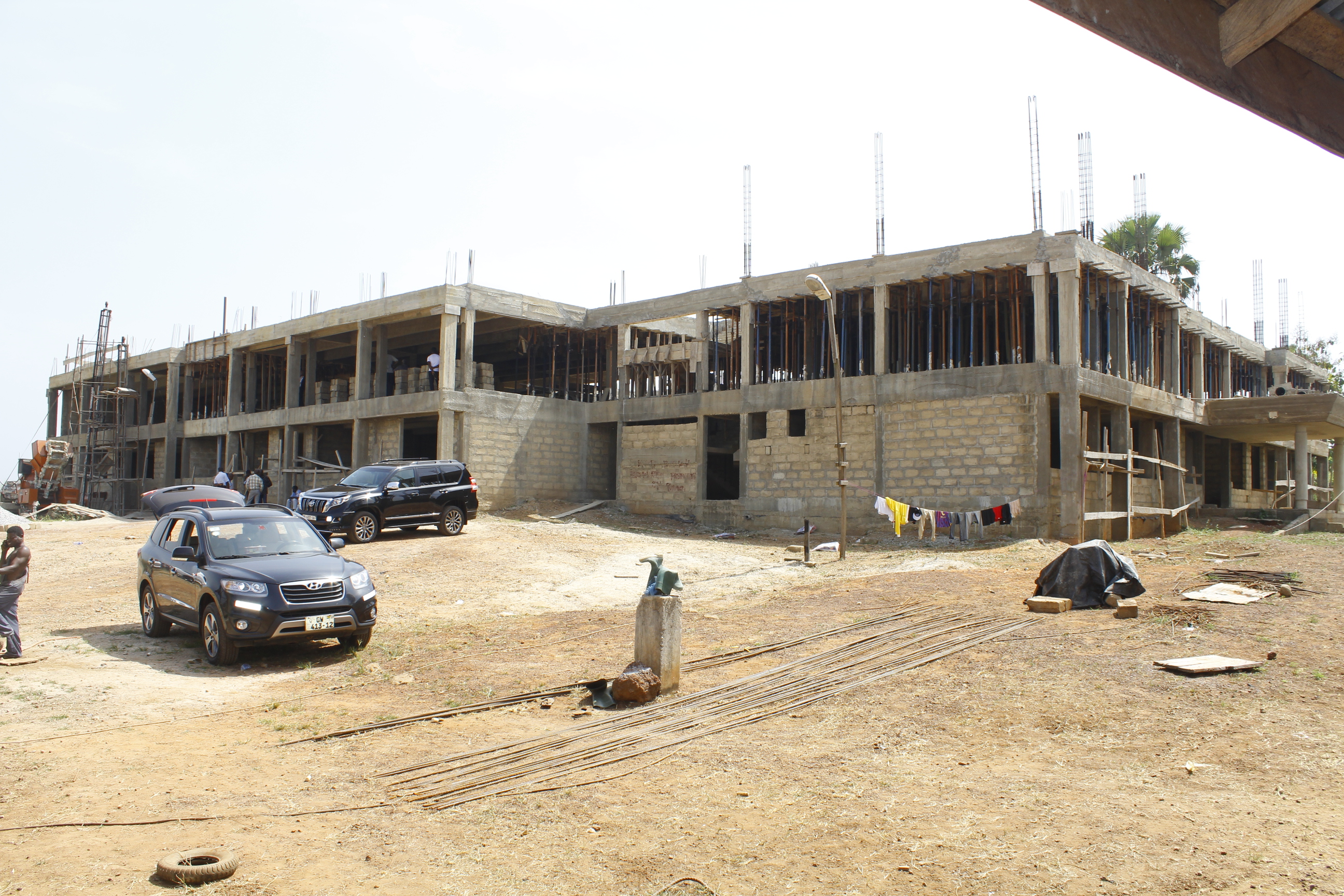