The Foundation since the year 2008, annually awards undergraduate students from tertiary institutions who have exhibited entrepreneurial, leadership and academic excellence during their studies. 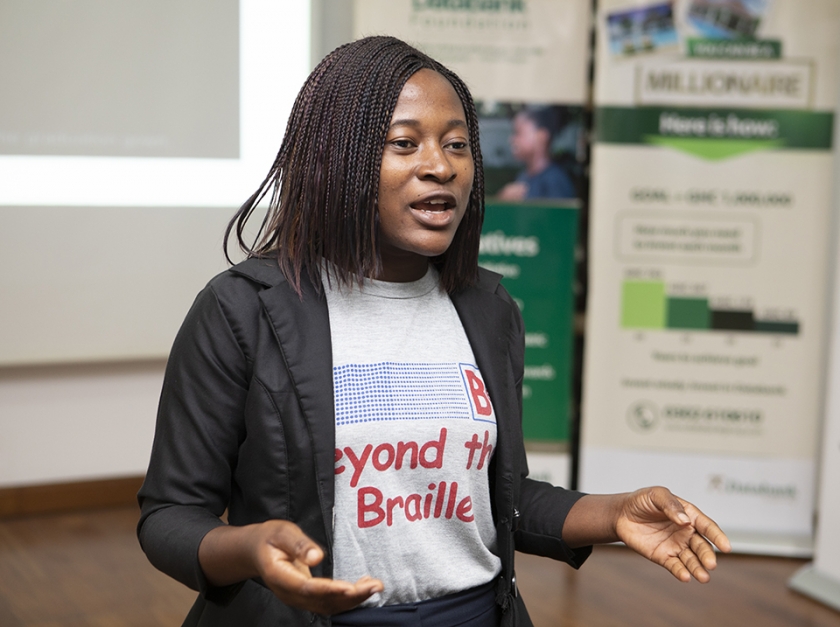 Ms. Ninson’s project which won her the award is on her Disability HopeLine Initiative. She explained that the initiative currently supports a visually impaired boy in the Northern region of Ghana to access quality and inclusive education. Additionally, Ms. Ninson operates another project called ‘Beyond the Braille’ on UEW’s Winneba campus. This initiative seeks to empower students with visual impairment with computer skills to improve their academic life and to provide them with better opportunities after school. The initiative is operating with the support of TechEra and the mentorship of the Department of Special Education, UEW. The programme also solicits for sponsorships and partnerships to help the physically challenged in society.

Beyond the Braille in September 2020 will celebrate its second year anniversary since its establishment. It has 23 volunteers and 20 beneficiaries who are currently being enrolled on the computer training. The initiative is opened to volunteers who are passionate about disability issues. 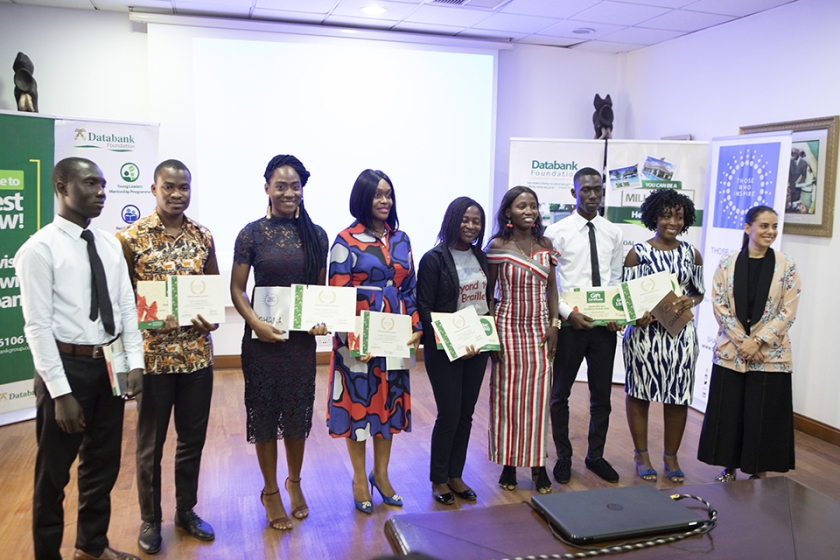 The award winners in a group photograph

Speaking to the media on her feat, Ms. Ninson expressed gratitude to Databank Foundation and UEW for the exposure and mentorship given her, which had helped her to achieve this feat.

The criteria for the Award includes going through a selection phase, and passing through five rigorous stages of the application process and a project to be undertaken by the awardee within a period of six months.  UEW’s Jennifer De-Graft Ninson emerged winner with six other students from Kwame Nkrumah University of Science and Technology, Pentecost University College, African University College of Communications, University of Cape Coast, Central University and University of Ghana. Present at the ceremony were the Deputy Registrar, Division of Publications and Communication, Mr. Jerry Addison Anyan and Ms. Florence Okore-Hanson. 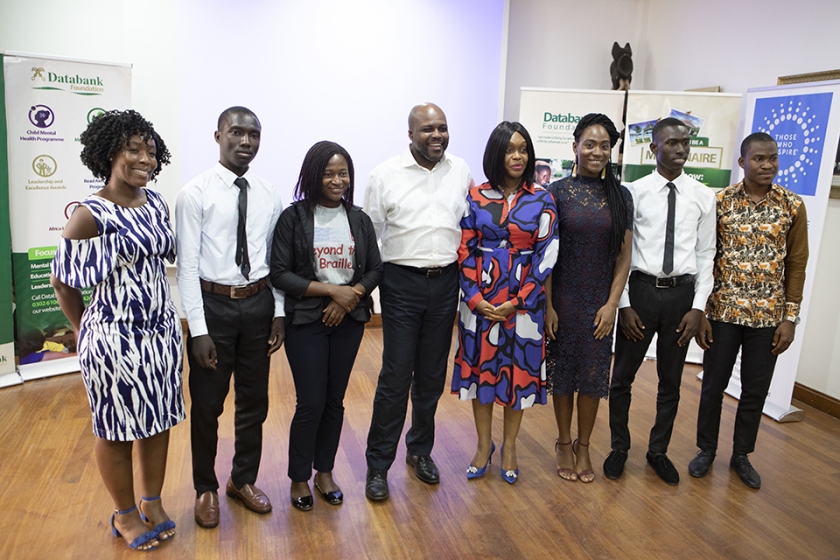 Group Chief Executive Officer of Databank, Mr. Kojo Addae-Mensah (fourth from left) in a photograph with the awardees 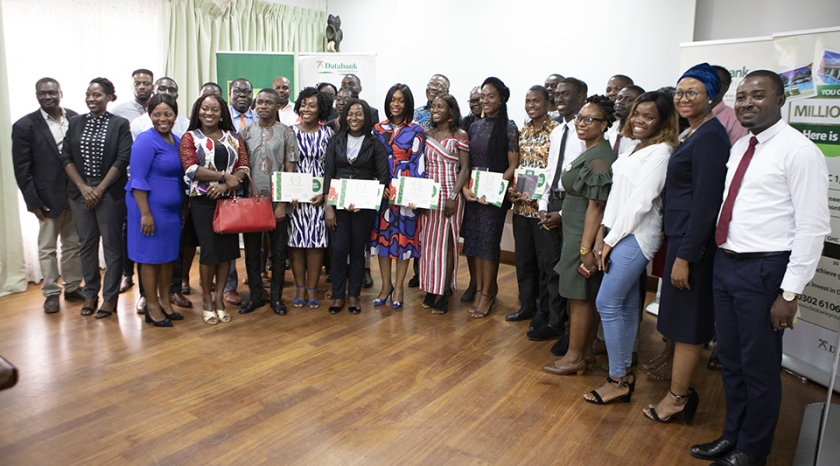 The award winners, sister university representatives and some staff of Databank after the ceremony 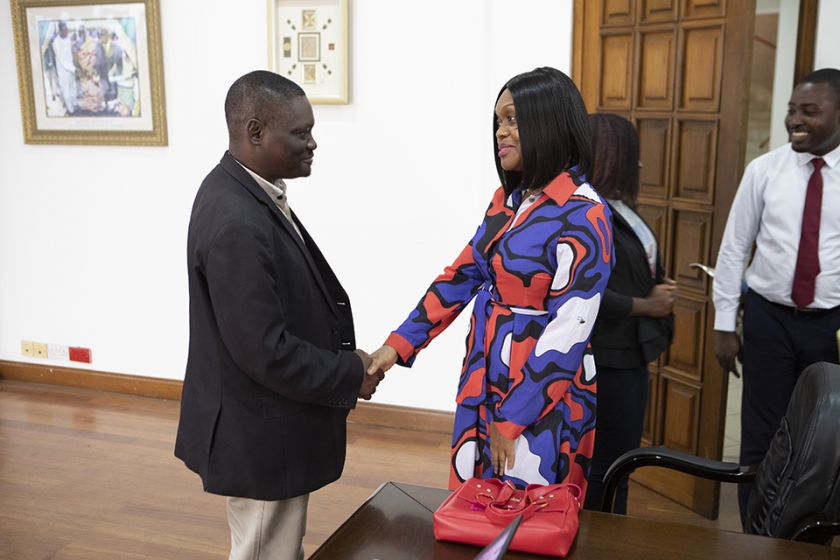 Mr. Jerry Addison Anyan congratulating one of the winners 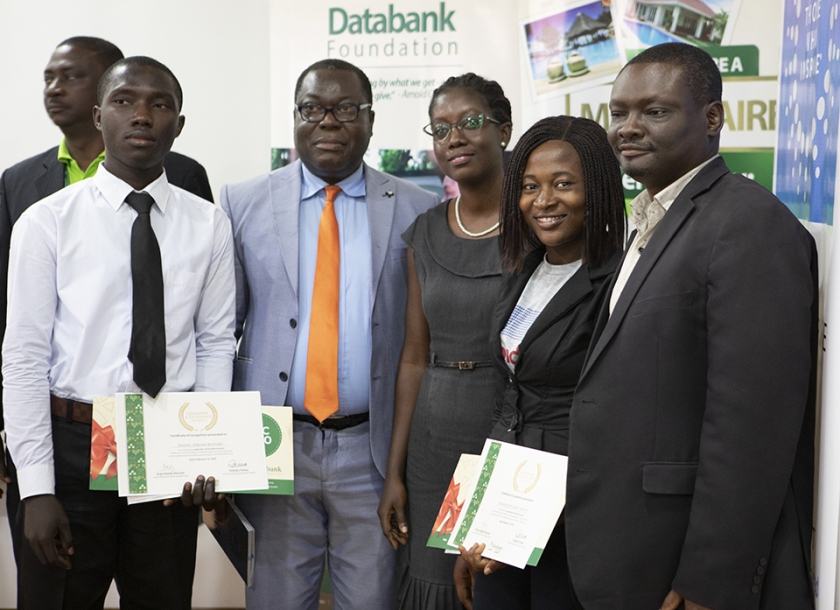 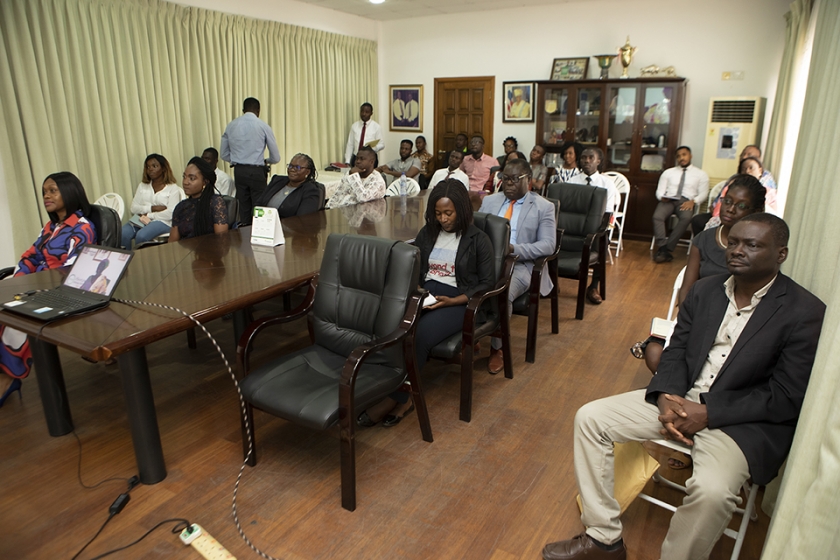 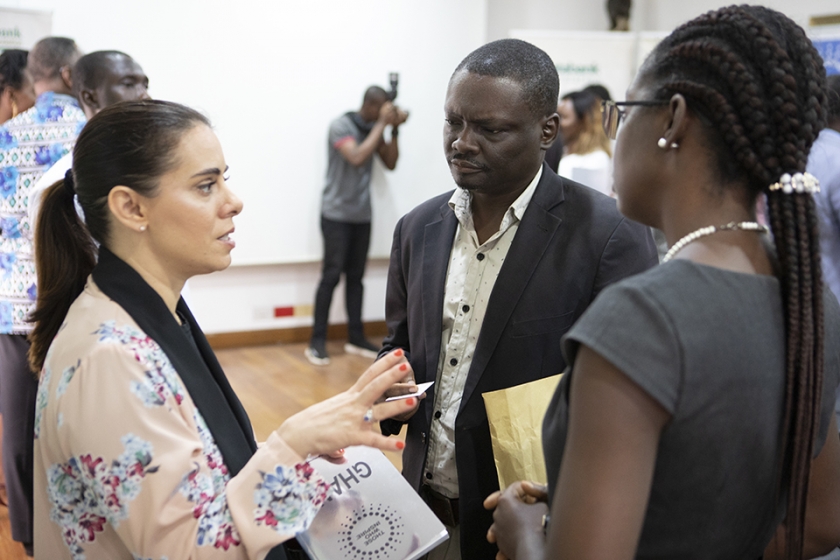