The centre of attraction was at Ese Ho, Kyebi in the Eastern Region of Ghana as the First Three Gentlemen of the land graced the grand durbar of the 20th Anniversary of the Paramount Chief of Akyem Abuakwa, Osagyefo Amoatia Ofori Panin II.  The Management of the University of Education, Winneba (UEW) was also in attendance to witness the memorable occasion. 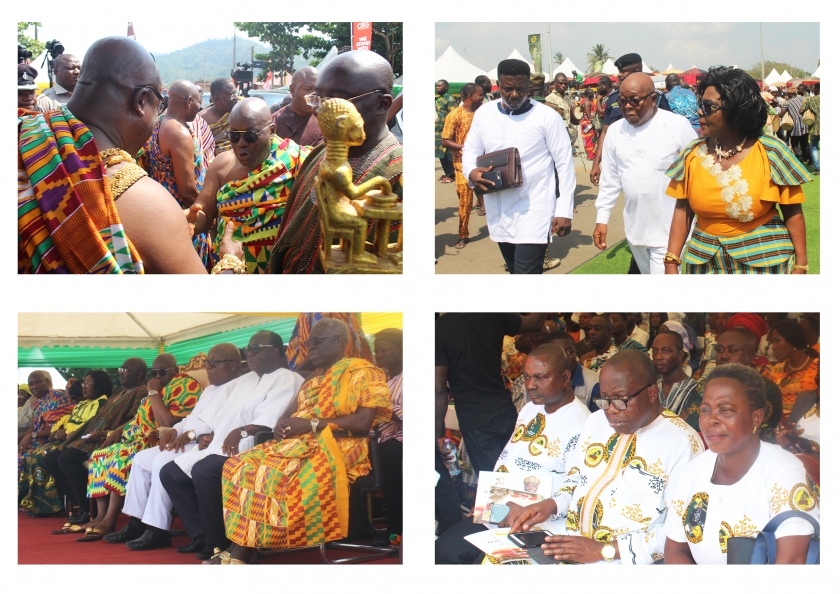 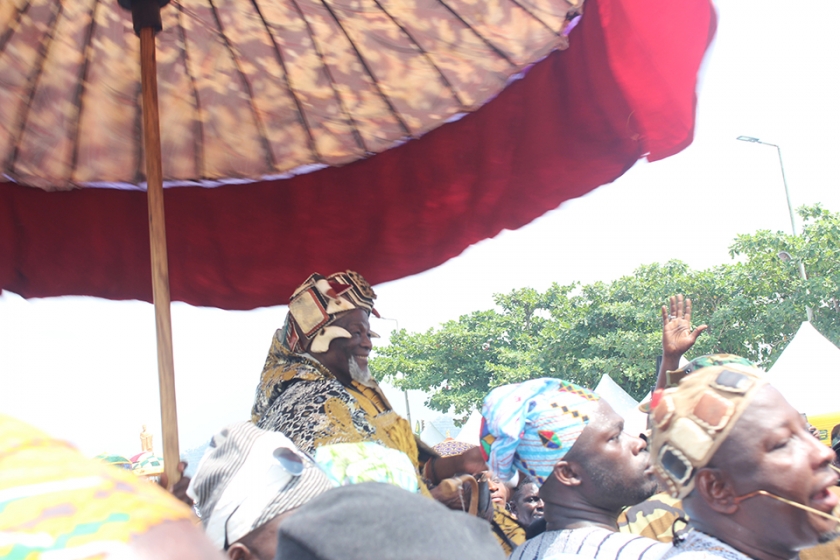 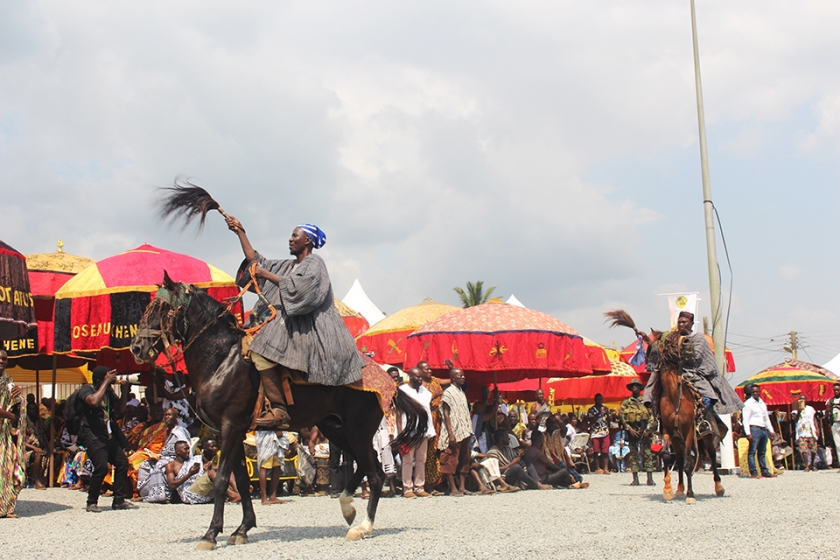 horse display by the people of Dagbon

In his speech, Osagyefo Ofori Panin II called on people from the Diaspora to invest in the education of the youth of Okyenman to improve their skills and standard of living as well as the community. “We have investable opportunities in this kingdom. We are looking for investors; investors who come and stay. The ones who will not only be interested in their profit but at the same time want to improve the communities in which they will work.” 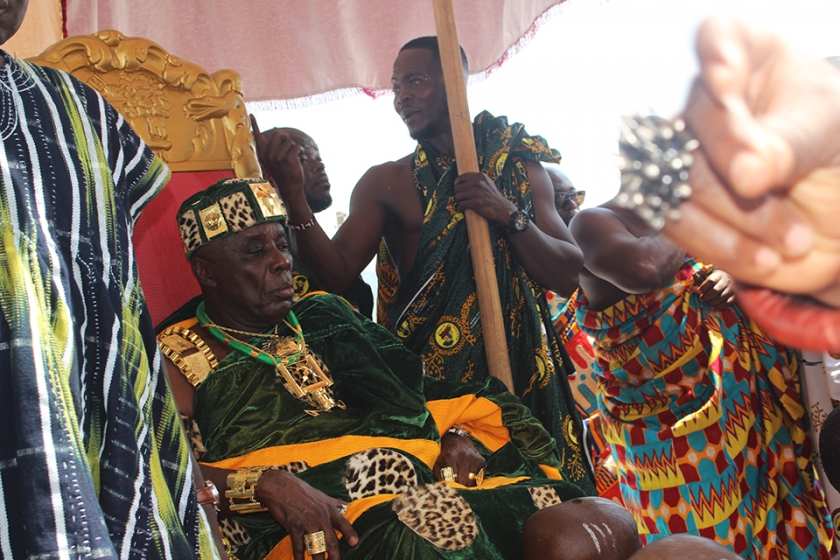 The Overlord of Dagbon, Yaa-Naa Abubakari Mahama II was the Guest of Honour. In his remarks, he entreated the Government to involve traditional rulers on matters of national interest and upliftment. 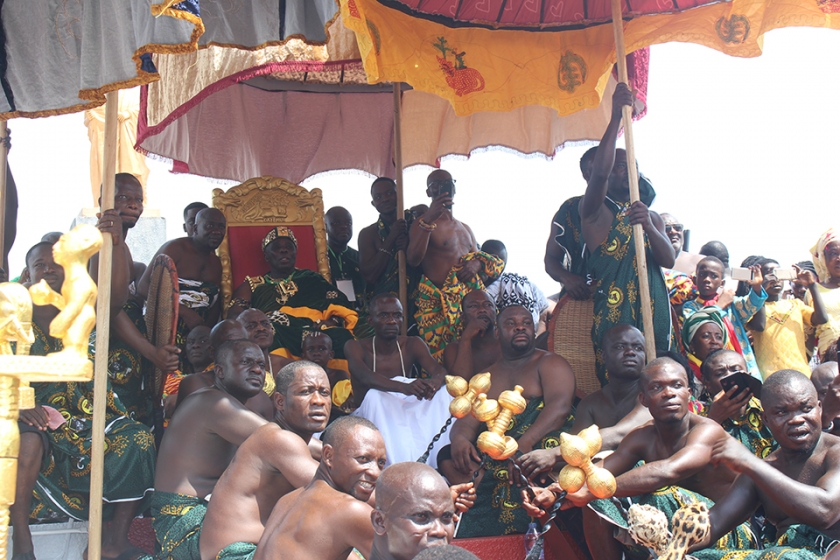 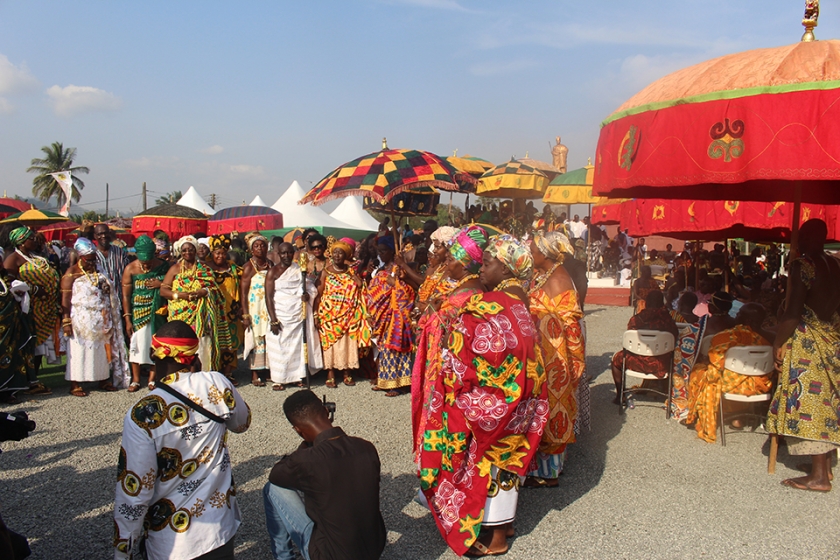