Two Professors on a Carnegie African Diaspora Fellowship Programme with the College of Technology Education, Kumasi (COLTEK) of the University of Education, Winneba (UEW) have donated boxes of business books to the College as a contribution to promote teaching and learning, particularly, in the Business Faculty of COLTEK.

Professors Rexford Abaidoo and Edward O. Akoto from the University of Maryland Eastern Shore and Henderson State University respectively, were with the Faculty of Business Education (FBE) of COLTEK for a 21-day Fellowship Programme to support Graduate Teaching, Mentoring in Research and Data Analysis as well as Mentoring and Collaborative Research with Faculty. 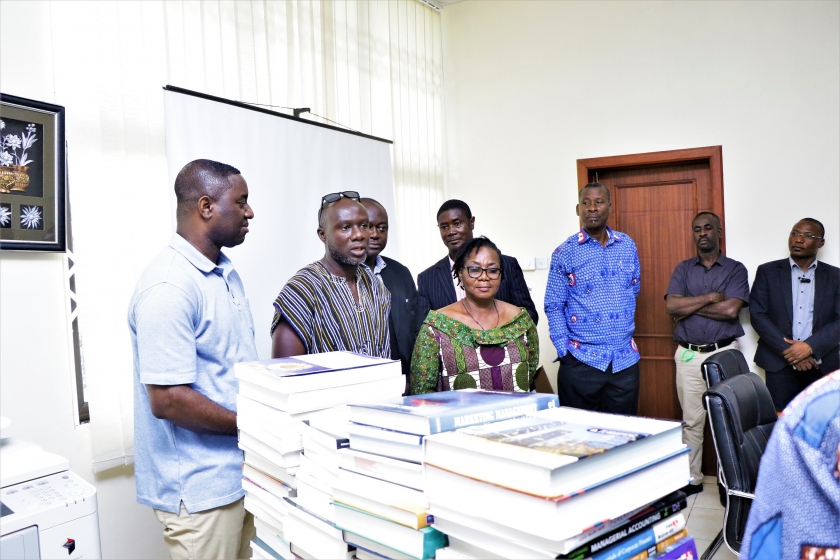 However, upon their arrival on Monday, 10th June, 2019, the two Carnegie Fellows took on an added task to mobilise books in the areas of Human Resource, Marketing, Accounting, Finance, Organisational Behaviour and Management from the United State of America  to further boost academic life of lecturers and students in the College.

On Wednesday, 26th June, 2019, Professors Abaidoo and Akoto presented the books to the College at a brief ceremony where they declared their unfettered love and interest in UEW.

Speaking on their behalf, Prof. Akoto, an old student of UEW, thanked the Management, staff and students of COLTEK for the exemplary reception  given them during the 21 days that they spent in the College.

He assured COLTEK of their commitment to maintain a long lasting relationship with the institution and said they would work at shipping more modern books to the College to support the growth of both staff and students on arrival at the USA.

Receiving the books, the Ag. Principal of COLTEK, Prof. Frederick K. Sarfo thanked the Carnegie Fellows for the donation and the many other ways that they supported COLTEK in the few days that the College hosted them. 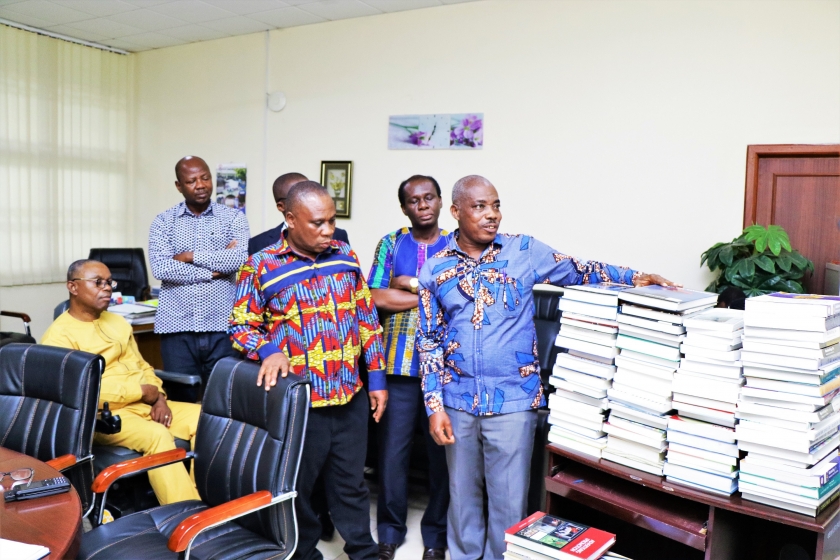 Principal of COLTEK, Prof. Frederick K. Sarfo (right) receiving the books on behalf of the College

He said the College was open to collaborations and relations that could engender mutual benefit(s) and therefore, encouraged them to be good ambassadors of UEW in America and wherever they find themselves.

He hoped that ultimately, the two Professors would join UEW permanently so they could fully support its growth to the highest pinnacle, possible. 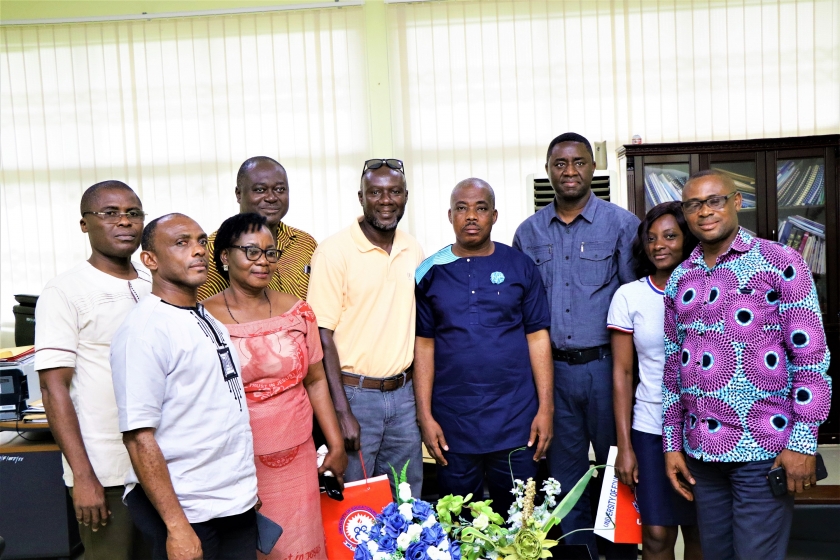 Some staff of COLTEK in a pose with the Fellows

Meanwhile, COLTEK Management held a farewell meeting with the two Professors on Friday, 28th June, 2019 where it presented UEW souvenirs  to the guests. 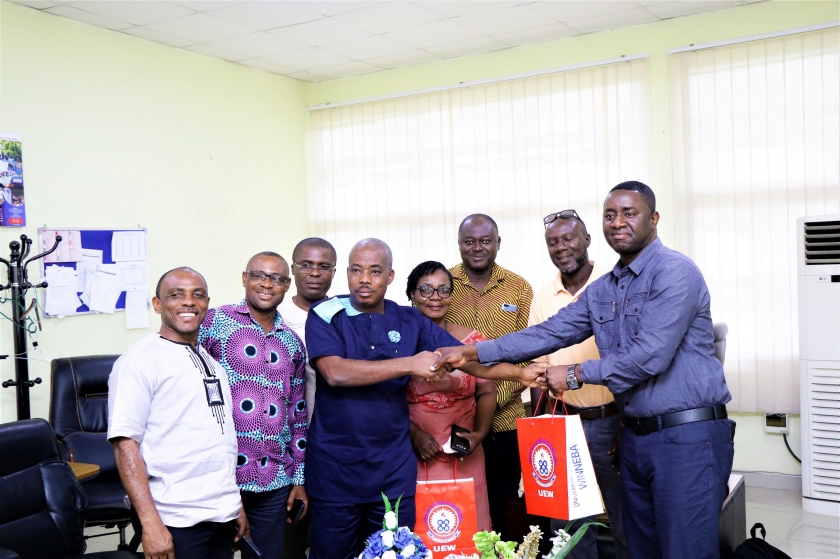 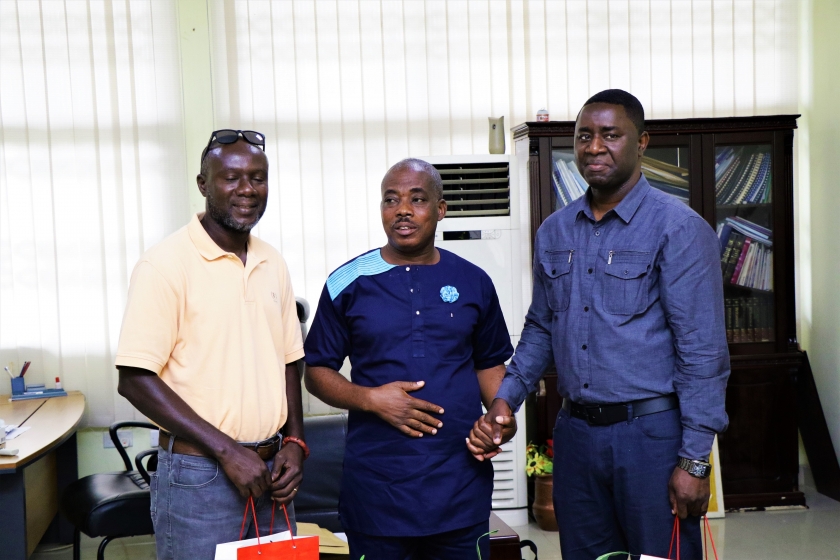 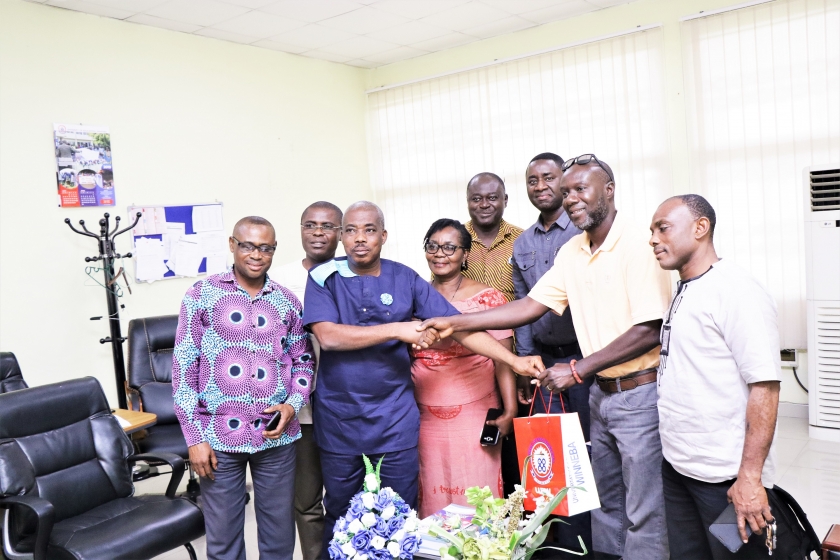