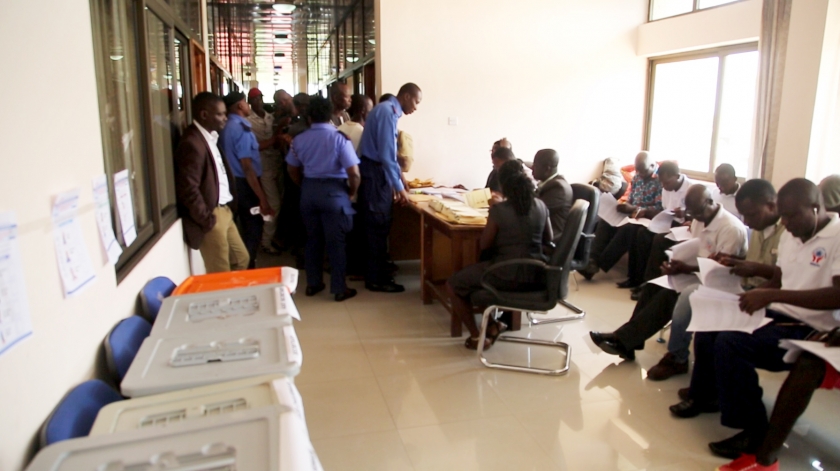 Tewu members  in long queues to cast their votes 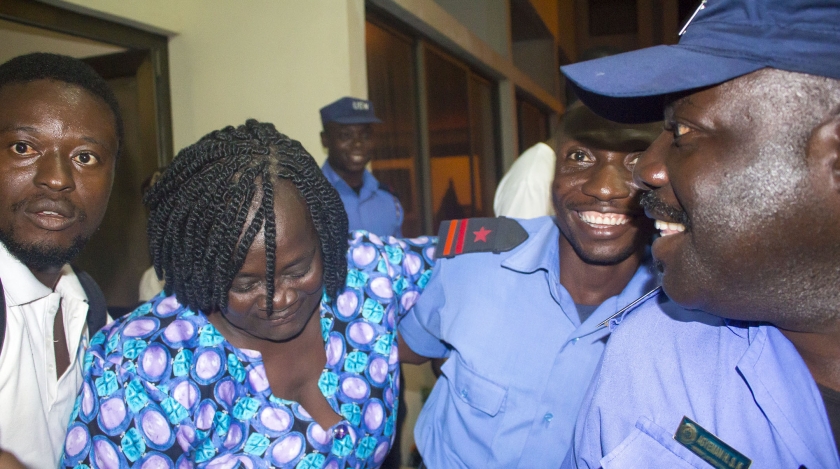 Ms. Theresa Ackon (middle) winner of the election and some supporters in a celebratory mood after the declaration of results

At a keenly contested election organised by the Division of Publications and Communication of the University and observed by a Regional TEWU Executive Member and two representatives from the Trades Union Congress (TUC), Mr. Ebenezer Ofori Atta amassed 159 votes to win the Vice Chairman position. He defeated Mr. Dominic A. K. Essel, Mr. Abraham Teye Otoo and Mr. David Ghartey who had 119, 86 and 29 votes respectively. For the Assistant Secretary position, Mr. Emmanuel Arthur polled 249 votes to hammer his only contender, Mr. George Mensah who obtained 139 votes out of the total valid votes cast. 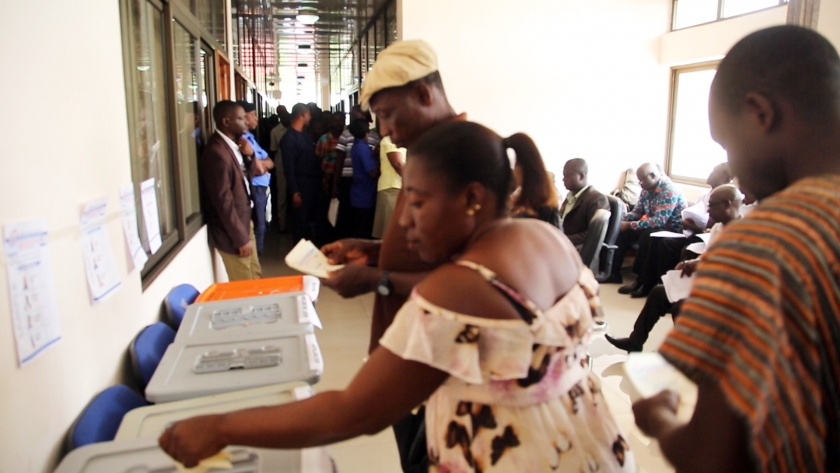 Voters exercising their right to vote

With regards to the Trustee position, Ms. Anna Anthonita Mensah won comfortably with a commanding 226 votes to beat her contender Mr. Isaac Kutuu Boarbil who had 171 votes.

However, after long hours of voting, counting and declaration, supporters of the various victorious aspirants celebrated their candidates’ triumph with lots of joy and excitement. 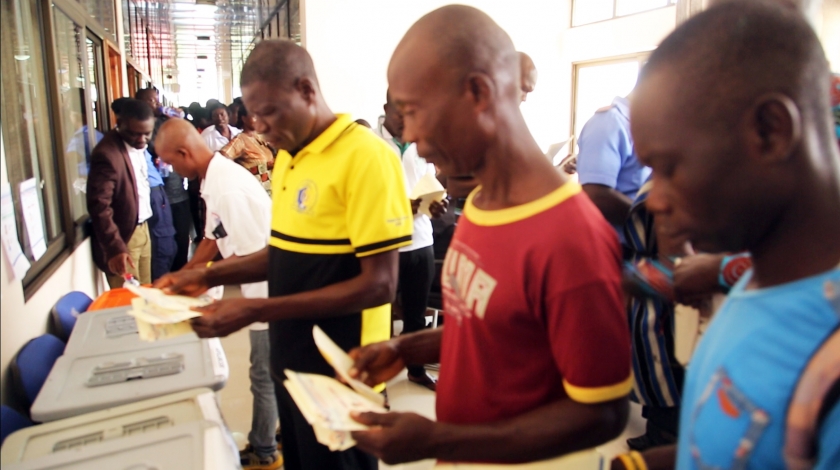 Deputy Registrar, Publishing and Web Development (in suit) assisting some members during the election