As part of its monthly community outreach programme, Radio Windy Bay, visited Ateitu, a suburb in the Effutu Municipality to have a first-hand account of developmental challenges confronting the community and to join with various stakeholders to propose remedies to the same.

The programme, dubbed ’Asɛm yi dzi ka, among other things also aims at educating and sensitizing communities within the Effutu municipality on the need to take responsibility for their actions and inactions, as well as hold accountable, the authorities for their development needs.

Prior to the programme, an effective needs assessment audit in the area was carried out by Radio Windy Bay. This audit indicated that the community was inundated with developmental lapses that needed serious attention. 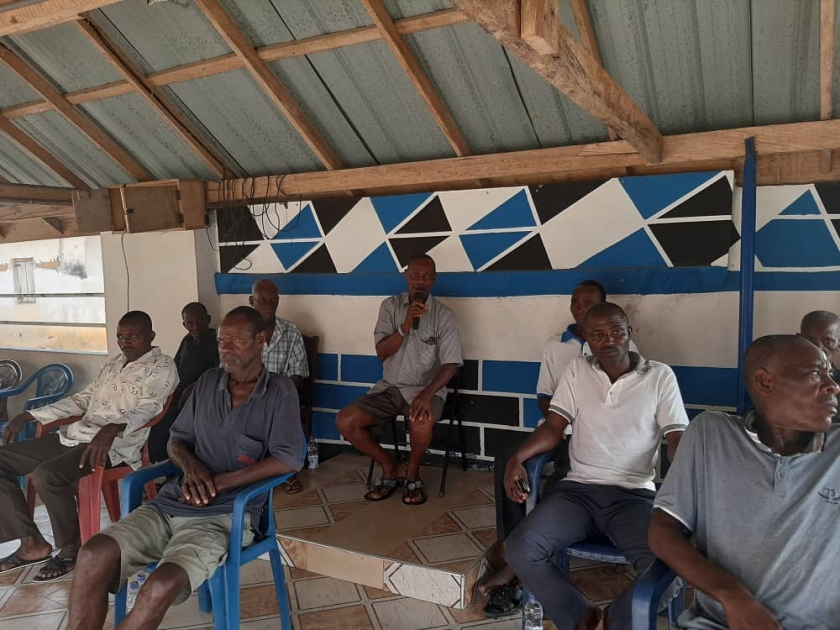 Some residents of Ateitu at the Outreach Programme

Speaking at the fourth edition of the programme at Ateitu, the Chief of the area, Neenyi Obosu II, appealed to the Effutu Municipal Assembly to as a matter of urgency, consider building a CHPS compound in the community. He said that the lack of a health post in the community is affecting the residents and that the community is ever ready to assist in making the facility available.

Neenyi Obosu was unhappy, that, since ascending the Ateitu stool some forty-five years ago, no developmental project had been done by successive governments and appealed to the assembly to allocate to the community some of their projects meant for communities. He cited numerous self-help projects undertaken by the Community including the market, community centre and a school.

The Public Relations Officer (PRO), of the Effutu Municipal Assembly, Mr. Kojo Oppong assured the chief and his people that the contractor working on the Gyatekrom-Ateitu road will return to the site very soon to complete the work. He said it had become urgent for the road to be fixed due to major maintenance works to be commenced on the Okyereko bridge in the near future.

He also promised to liaise with the Environmental Health and Sanitation Department and Zoomlion to relocate the refuse dump in the middle of the community to a more apt site and to provide waste bins where refuse would be dumped and collected regularly by Zoomlion.

The safety officer at the Agona Swedru Ghana National Fire Service, Justin Gokah, asked residents to be extra careful in handling fire around this season. According to him, research has shown that 70% of all household fires are caused by electricity. He also cautioned against overloading of electrical sockets to prevent possible fire outbreaks.

He said that apart from the overloading of electrical gadgets causing fire outbreaks, rodents such as mice and wall geckos are causative agents of fire outbreaks.

On the burning of refuse, Mr. Gokah said, smoke from burning materials such as plastics and polythene bags are injurious to health. He, therefore, warned against burning of refuse at home. He recommended the segregation of waste to prevent burning and inhalation.

Some residents of Ateitu appealed to the Municipal Assembly to engage the Forestry and Wildlife to grant them access to portions of the forest for farming. 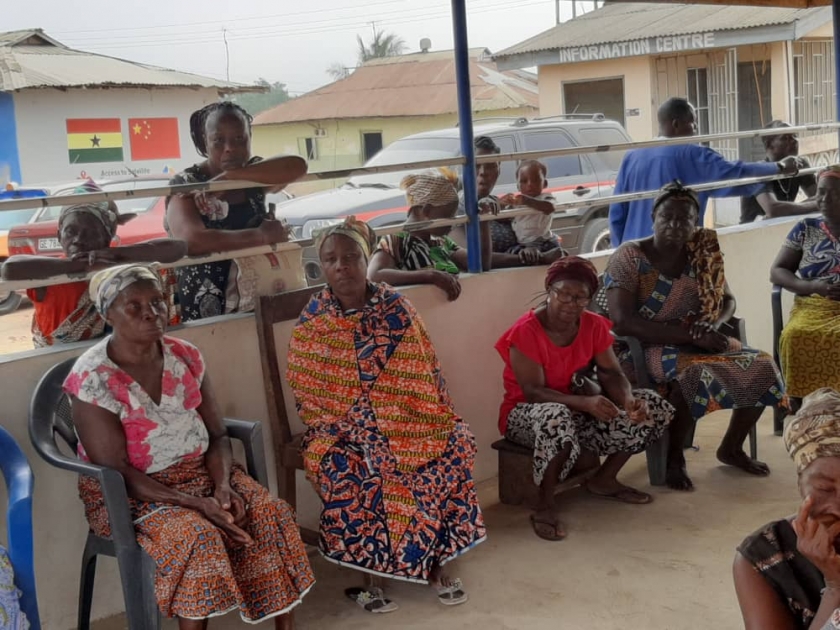 According to them, most of the land in the community had been demarcated for the forest reserve which had no trees anyway. However, they promised that when given a portion to farm on, they would plant trees for Forestry. The residents also complained about cattle grazing on their farms and destroying their crops.

‘’Asɛm yi dzi ka’’ (The issue needs to be voiced) is a monthly community outreach programme embarked on by Radio Windy Bay 98.3 MHz-FM. It focuses on social issues in the communities and brings together experts to have face to face interactions with the community members on pertinent issues bothering residents as well as have instant responses by the duty-bearers.

The programme made its debut at the Winneba Main Lorry Park in July 2019. The second one took place at Ansaful in September with the third taking place in October at Akosua Village. 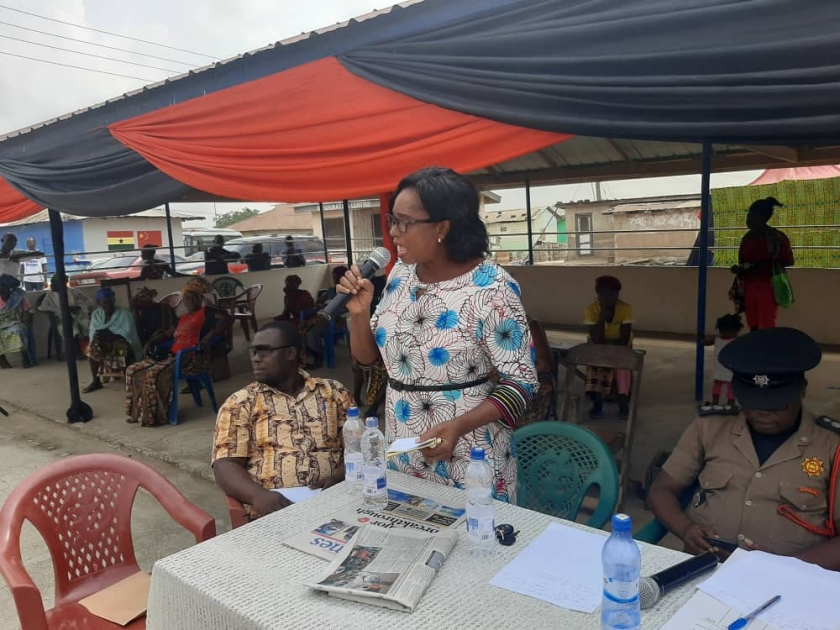