Newly recruited security personnel for the Security Directorate of the University of Education Winneba (UEW) are undergoing a two-week intensive training programme at the University’s North Campus, Winneba.

The training, aimed at equipping the recruits with the requisite knowledge and skills to work adeptly as security officers as well as beef up the security force on campus started on Monday, 26th November and is expected to end on Friday, 7th December, 2018. 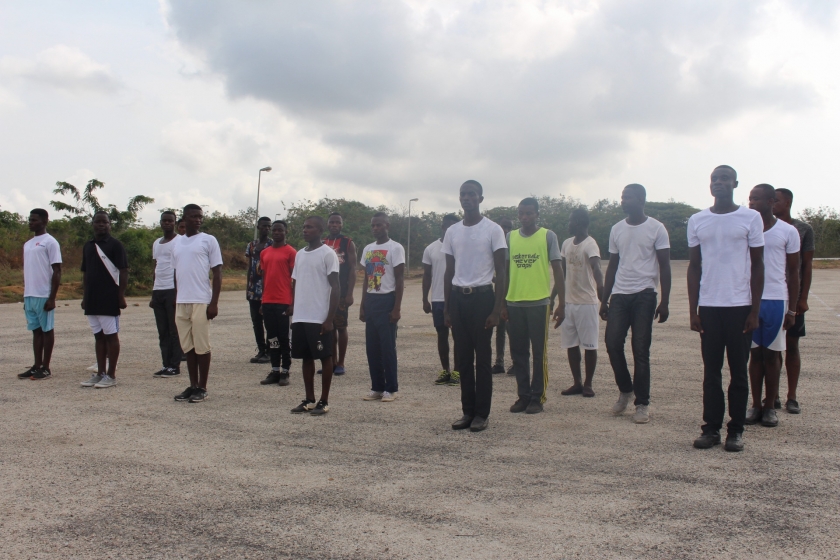 Recruits during a drill

Some of the activities are Physical Training sessions with representatives from the Department of Health, Physical Education, Recreation and Sports (HYPERS); Drill with instructors from the Ghana Armed Forces and UEW Security Directorate; and a series of seminars from resource persons.

Drill according to one of the instructors, SWO2 Kwame Karikari, is a training session conducted to instil discipline into the new recruits as well as ensure that rules and regulations that govern the security service on campus are well followed. The Director, Security Directorate – UEW, Mr. Bartholomew Alubokin advised the new recruits to sharpen themselves and take the training sessions serious because it is part of the training aimed at making them competent security officers. 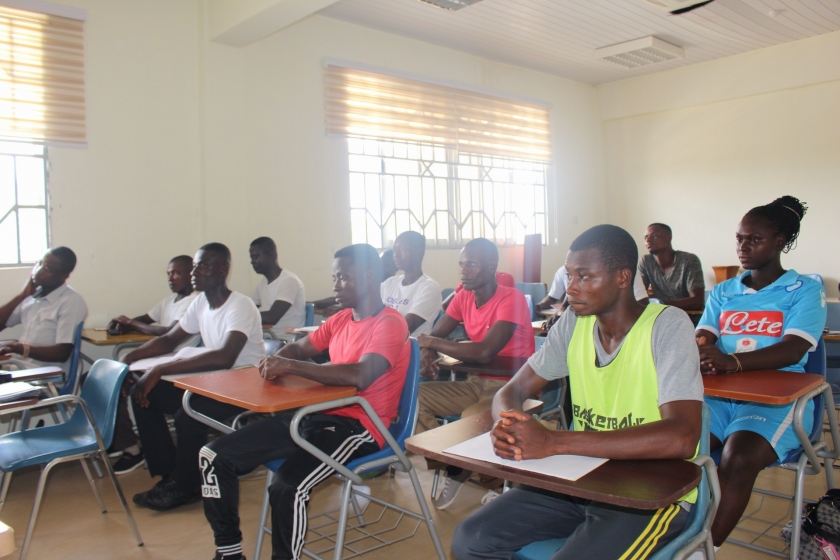 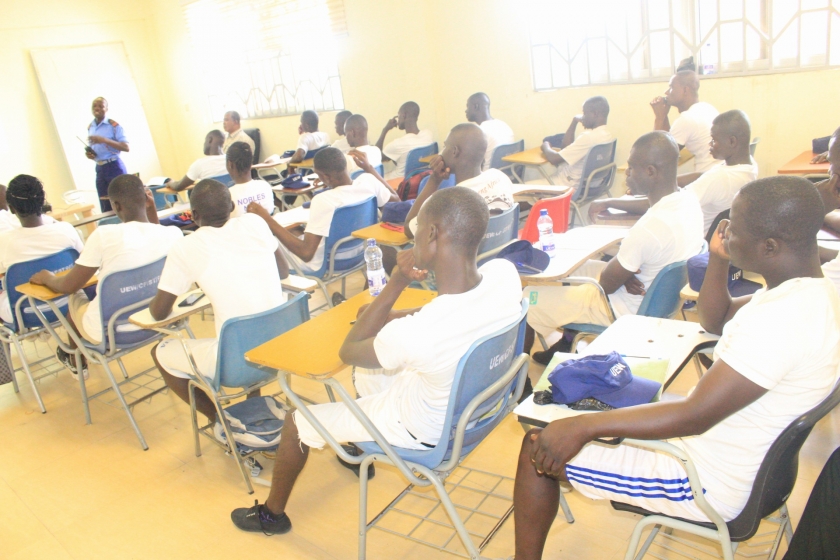 New security personnel during one of the seminars

“We promise to take responsibility for everything as up-coming security persons to ensure that lives and properties are protected on campus”. They said.

The total number of the newly recruited security officers are 22 (two females and 20 males). Speaking on why the males are more than the females, the Director explained that majority of their work are done on the field and this he noted requires strong physique. 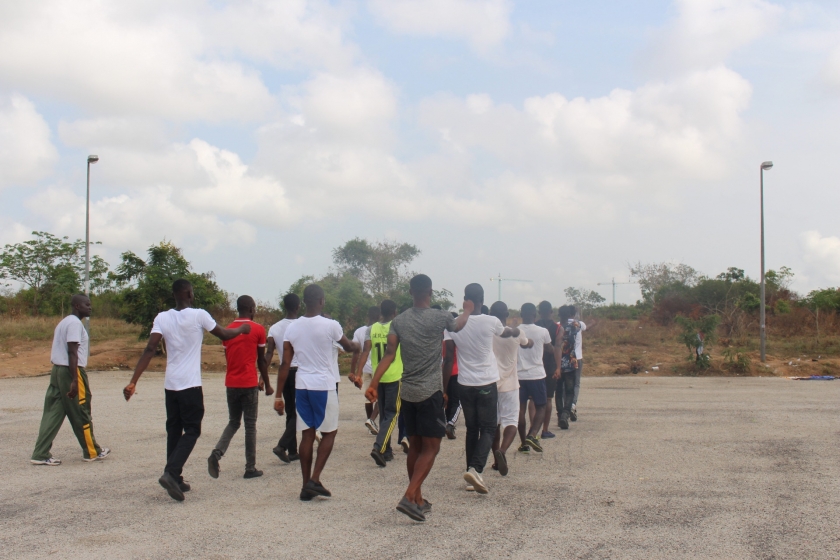 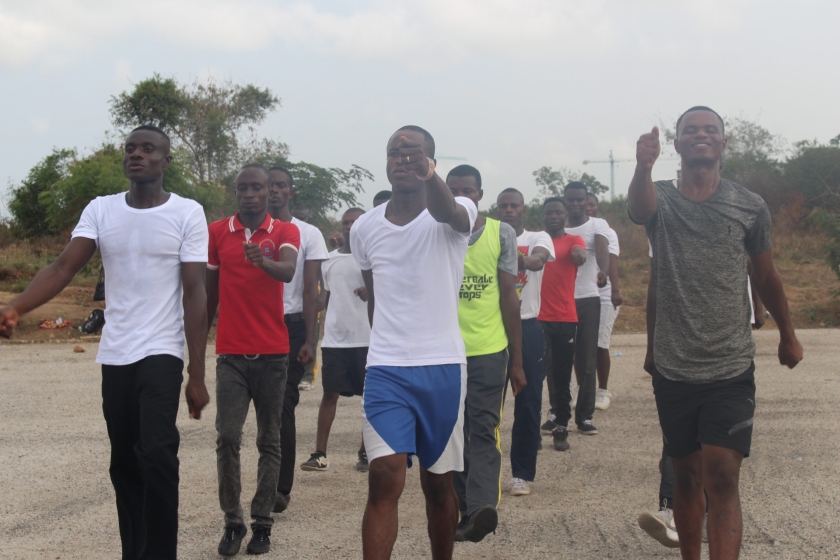 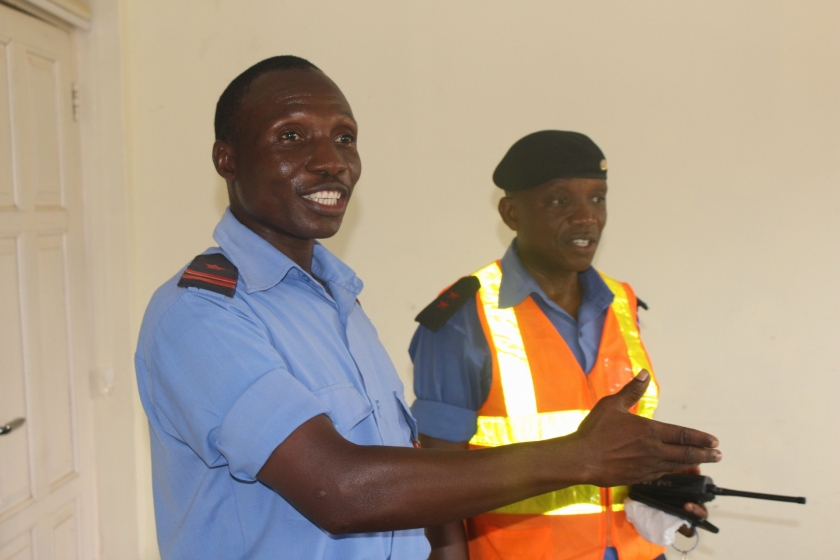 Two of the facilitators, SO Richard B. Yorda (left) and SSO Emmanuel Quaye (right) 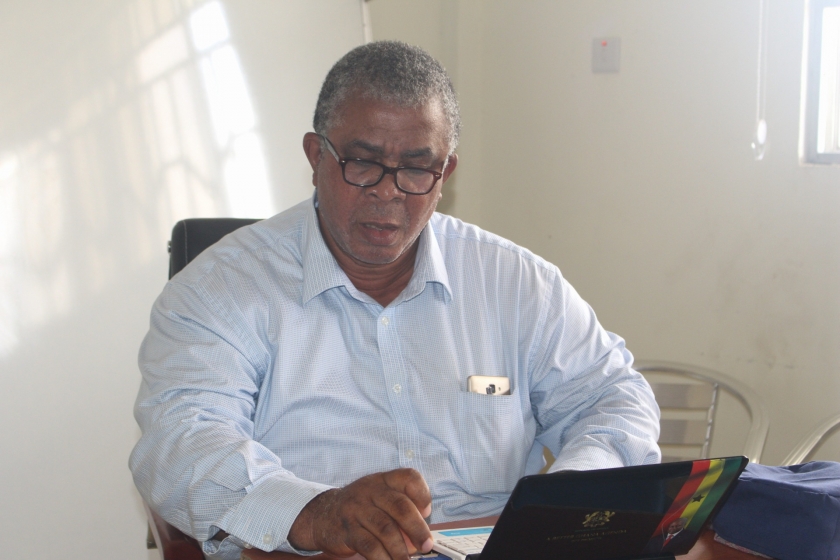 Dr. Francis A. Bluwey, University Hall Manager and resource person for the training