Thursday 12th October, 2017 witnessed the first workshop for the academic year (2017/18) held for staff and service personnel of the Department of Media Relations of the University of Education, Winneba (UEW) at the Finance Conference Room, North campus. The workshop was held under the theme "Improving performance of Staff at the Workplace"

The Head of Media Relations, Ms Eva Annan stated that the workshop was one of the series of workshops scheduled for staff of the Department. She indicated that it was basically to discuss human resource issues in order to understand the rudiments of administrative work at the University. According to her, “many times Administrators get caught up in their work in the University and lose track of the basic principles that governs their work.” She added that “it is important that we meet regularly to discuss human resource and other issues that concern us to give us better understanding so that we can make meaningful contributions to the growth and development of the university”

She pointed out that UEW as an institution was made up of academics, supporting staff and students, adding; the channels of communication as arranged in descending order of magnitude consist Vice-Chancellor, Pro-Vice-Chancellor, Registrar, Deans/Directors, Heads of Departments and Unit/Section Heads.

She ended her presentation on administrative and supporting staff. She said the Registrar was the overall boss when it comes to administrative work in the university. She outlined the channels of communication in administration and according to her, from ascending order of magnitude they include; Staff, Unit Heads, Heads of Department, Divisional Head/ Deputy Registrar and the Registrar.

An Assistant Registrar of the Department of Junior and Senior Staff at the Division of Human Resource, Ms. Patricia Kaitoo also presented on the subject “Punctuality/attendance at work” She advised all staff and service personnel to give more credence to punctuality in their activities.

She added that, being punctual gives positive signal, strengthens relationship and reveals employee’s integrity to the employer.

The Head of Payroll at the Finance Office, Mr. Appiah-Hayford talked about Payment of Overtime and Guest Artistes Allowances. He said quality performance attracts motivation in the University. He added that the motivation was the overtime allowance added to the salary of hard working staff. He further explained that overtime allowances were earned through extra hours of work in the University. He noted that Junior and Senior Staff can make claims for overtime payments when prior approval were sought from the Registrar to undertake extra work in the university (beyond the normal working hours).

Participants at the workshop were given the opportunity to ask questions and answers were provided by the presenters. 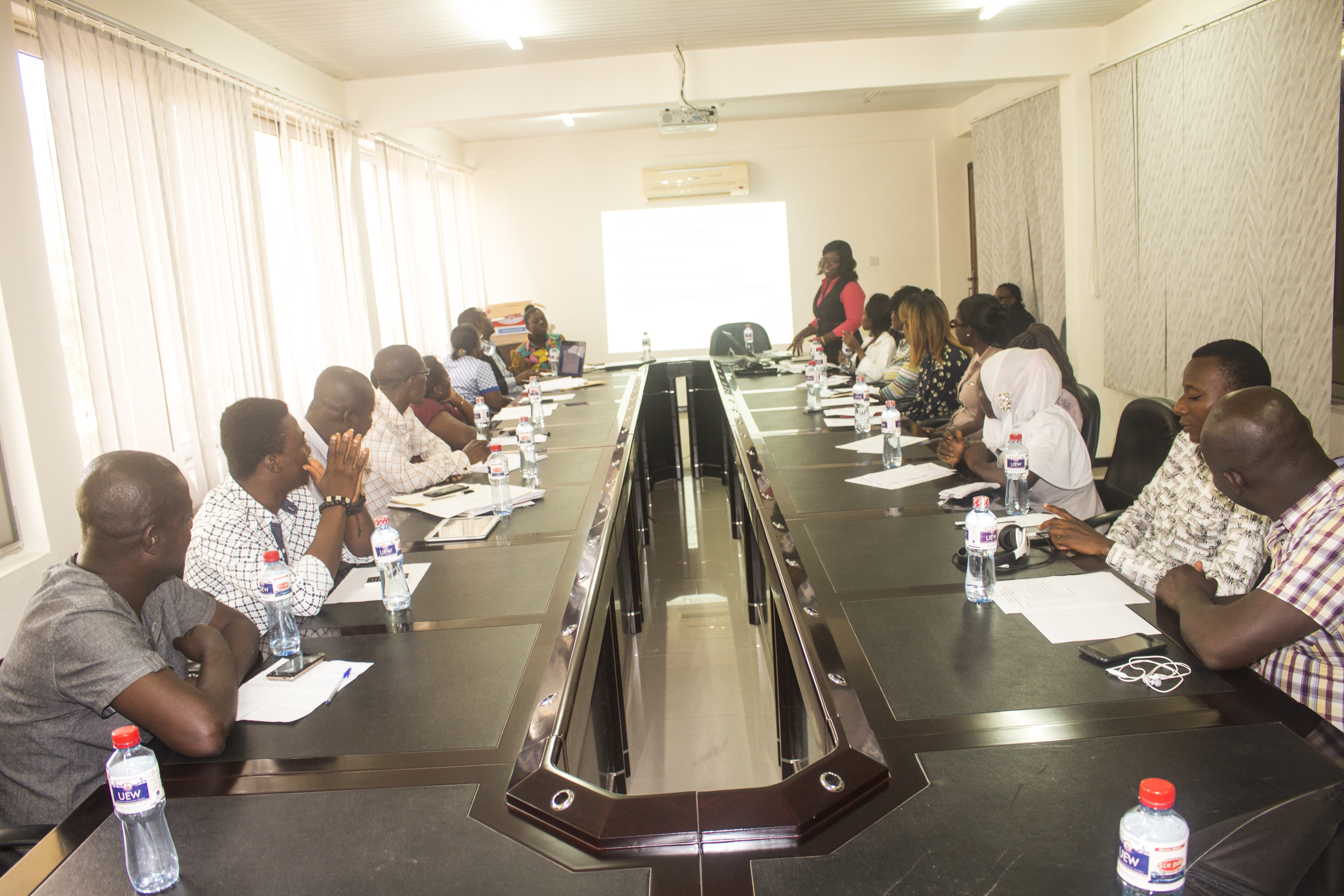