Management of the College of Languages Education has paid a courtesy visit to the Ajumakoman Traditional Council.

Speaking on the purpose of the visit, Acting College Registrar, Mr. Osei-Bediako Appau, indicated that following the appointment of a new Principal to the College, Professor Dominic Kweku Danso Mensah, he needed to be introduced to Nananom, on whose land the College is situated. 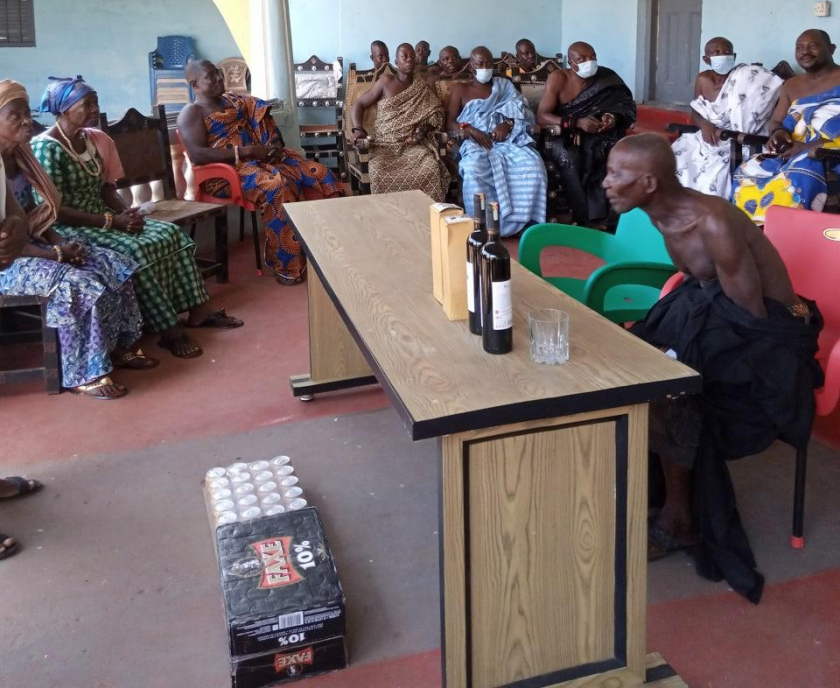 Okukudurfo Nana Kwamena Hammah, Paramount chief of Ajumako Traditional Area, sitting with his elders expressed joy and thanked management for the visit and the recognition given to them as partners in the development of the College and Ajumakoman.

Okukudurfo Nana Kwamena Hammah and his elders pledged support for the Principal and Management and charged the Principal to complete the Faculty Block, which has been under construction for some time now. He further expressed willingness on behalf of his people to assist management of the College should they be called upon at any time. 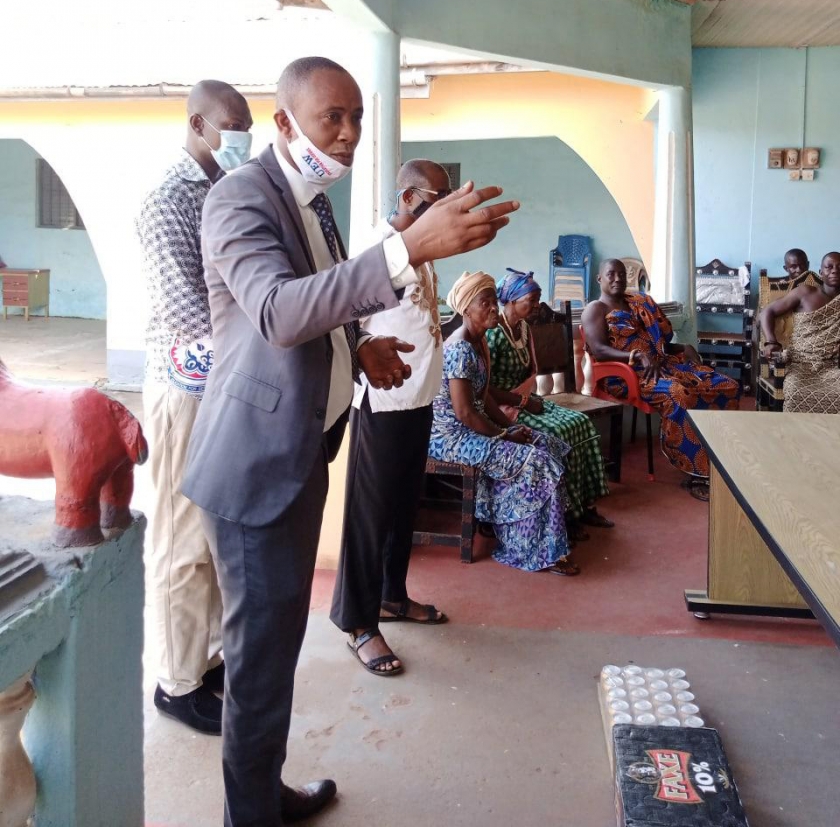 Professor Mensah, Principal of COLANG in his address thanked Nananom for their warm and welcoming reception and took the opportunity to outline his vision for the College, which included the completion of the Faculty Block, operationalisation of the water production factory and the introduction of more Ghanaian and International Languages.

Professor Mensah added that, as part of his leadership, the Campus Clinic has received a provisional license to operate which will enable students, staff and the general public to access the facility with their National Health Insurance Cards.

The Principal concluded by expressing gratitude to Nananom for their desire to support his vision of making the College of Languages Education a number one choice for Language Education in the world.