DW TV reached out to Dr. Acheampong upon reading his publication and requested an interview. Dr. Acheampong, who is also the Head of the Department for Health, Physical Education, Recreation and Sports (HPERS) at UEW, granted DW TV the interview on Friday, 26th February, 2021, where he gave insight into the discoveries in his book and his takeaway as a researcher. The interview was aired that same day on DW TV and streamed live on dw.com at 17:30 GMT. 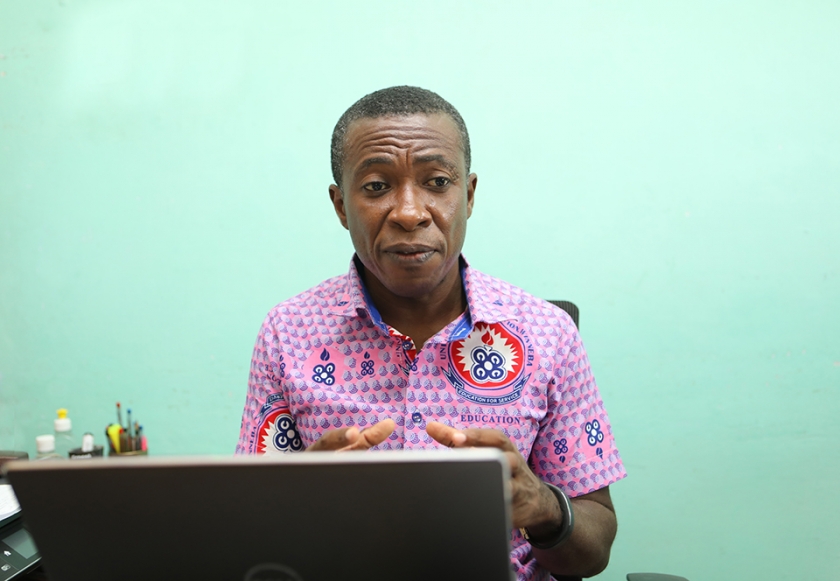 Speaking in an interview with UEW Media Relations outfit, Dr. Acheampong revealed that DW TV asked about the new trends in African football as discovered in his work.

“The research brought about three key issues, which are: 1. African players’ migration strategy where they mobilise their own resources to move abroad. 2. Collective resource base itinerary where they combine resources from various family to support their own personally mobilised resources. 3. The formal network resource where they rely on normal intermediaries including the support of their family,” he disclosed.

Dr. Acheampong indicated that his research discovered a four-family trend typology of African players give-back behaviour. “We observed the hybrid family type which encompasses everything in terms of giving them resources and support. Secondly, we also observed what we call cross-close family type, where some of them come from the communities but they are not directly connected. In this case, they are considered good people in the community.

“The third one is the shared one where they all have other families that they come together to support; and then the shallow family ones where they give to people they have played football with as well as their teammates,” he noted.

According to Dr. Acheampong, another interesting thing he witnessed was the periodisation that came about as a result of the revolution of African football as well as the evolution of the European Football labour market.

“Here, we observed that in the 1980s, African boys within the community were not allowed to play football. Some of them were even punished if they dare to sneak out to play football. The takeaway from the book was that all the African players that were interviewed namely Samuel Eto’o, Abedi Pele, Marcel Desailly, Victor Wanyama, Sadio Mane, etc concluded that it is about time footballers combined education with their sport.

“This is because they realised that when they combine education with their sport, it goes a long way to help them make good decisions in terms of investing in the community. So, they all advocated that if young talents want to play professional football, they should take their education seriously so that it can help them in making good investment decisions for their future,” he stated. 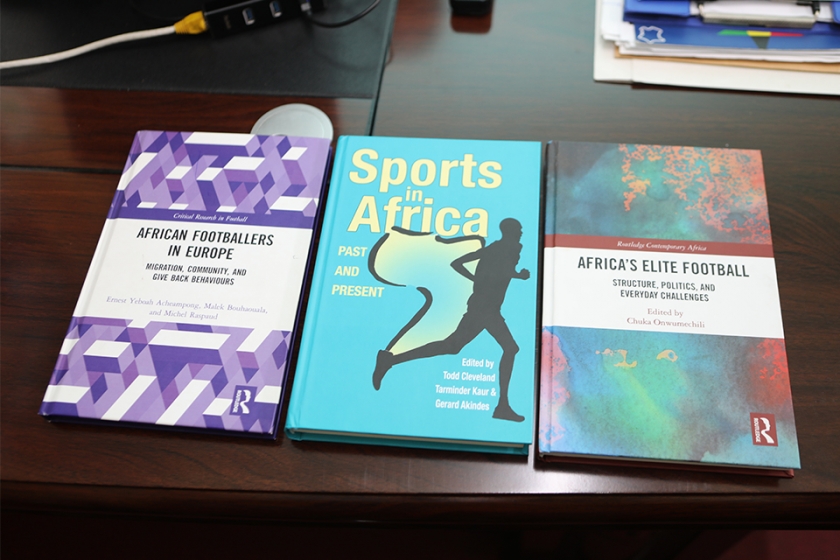 The Head of HPERS Department advised sports talents who are on scholarship at UEW to take their academic work seriously. The only Ghanaian to have done the International FIFA Masters in Sports Management programme entreated parents to allow their children to play sports. However, they should also endeavour to monitor their education.

Dr. Acheampong admonished young lecturers to try and publish papers in high impact journals as much as they could or risk perishing at the University. “My advice to them is that they shouldn’t give up when they send their article to High Impact Journal and the article is rejected. They should look at or consider other journals like Scimago.”

Dr. Ernest Yeboah Acheampong was a semi-professional player. He was a HPERS student who played football and Badminton for UEW. During his student days at UEW, he learnt other sports like field hockey as well as badminton. Dr. Acheampong was posted to Kyebi Training College where he started teaching after his education at UEW. He upgraded with MBA at the Kwame Nkrumah University of Science and Technology, Ghana. He, thereafter, won a scholarship to study abroad. He has six publications with Taylor and Francis Group and chapters in some notable sports books.