A three-day Gender Summit has been held in the University of Education, Winneba by Graduate Students Association of Ghana (GRASSAG Women's Commission) in collaboration with Gender Mainstreaming Directorate, HIV/AIDS Unit, HPERS and University Clinic from 27th to 29th October, 2016 at the Jophus Anamuah-Mensah Conference Centre, North Campus.

The event which was held on the theme: A Healthy University Community, A Healthy Nation, brought together over 200 participants made up of students and staff to undergo various health screening exercises. Welcoming the participants to the event on behalf of the Registrar, Dr. C. Y. Akwaa-Mensah, the Deputy Registrar of the Institute of Educational Research and Innovation Studies (IERIS) Mr. William Agyei-Bieni, said “the collaboration is bringing out the inter-sectionality between Gender and Health”.

He noted that the platform will provide an integral approach to engage in fruitful discussions on gender and health issues. He further stated that the theme chosen for the summit was appropriate and relevant to achieving the objective of Goal 3 on “good health and wellbeing” under the 2030 agenda for sustainable development. He indicated that the summit signified the readiness and preparedness of the University to push forward the agenda of gender equality and equity by showing support and commitment through discussion. He again projected that at the end of the summit participants will become ambassadors of gender and see to the promotion of gender and its related health issues in circles of influence .

The Director of Health Services, Dr. Beth Offei-Awuku addressing the participants pointed out diseases which could lead to the death of human beings. She said a disease like cancer when detected at an early stage was curable. She went further to talk about Breast, Prostate and Cervical Cancerous diseases that have genetic components which could run through the family’s bloodline and could also be acquired through the interactions with the environment, human lifestyles and health systems. She advocated that women should endeavour to do self-examination on breast and report to an accredited healthcare facility as early as possible when any irregularity was identified in their breast.

Heart to Heart Ambassador, Mrs. Charity Owusu Balo also shared her experience of living with the HIV virus for 13 years. She implored the public to desist from stigmatization because living with the virus was normal but the stigmatization by people was what actually killed most people. She added that knowing your HIV status was better than being ignorant because what one does not know could easily kill that person. She urged everyone to be conscious of their lifestyle.

Gender Activist and lecturer of UEW, Dr. Andy Ofori-Birikorang also delivered a presentation dubbed ‘Gender Challenges in Contemporary Ghana’. In his presentation, he made known to the participants that no country had ever developed with only one gender, and therefore developed countries involve both men and women in the affairs of the nation. He noted that in Ghana and Africa as a whole, women are looked down upon and that does not augur well for the nation building. He added that the meaning of Gender depended on societal values, beliefs and prescribed ways of organizing collective lives. “Gender is society constructed and can be deconstructed, reformed, or changed,” he said.

On her part, the Guest Speaker, Mrs. Martha Annan, a Gender Activist, stated that personal branding was very important in life. She indicated that for one to be branded one needed to go through a process that included training, mentoring and exercising.

To culminate the celebration, Health Screening and Walk were held on the second and third days of the summit, respectively. Participants were screened for HIV, Syphilis, Hepatitis B, Blood Group, Prostrate Cancer and Breast Cancer. 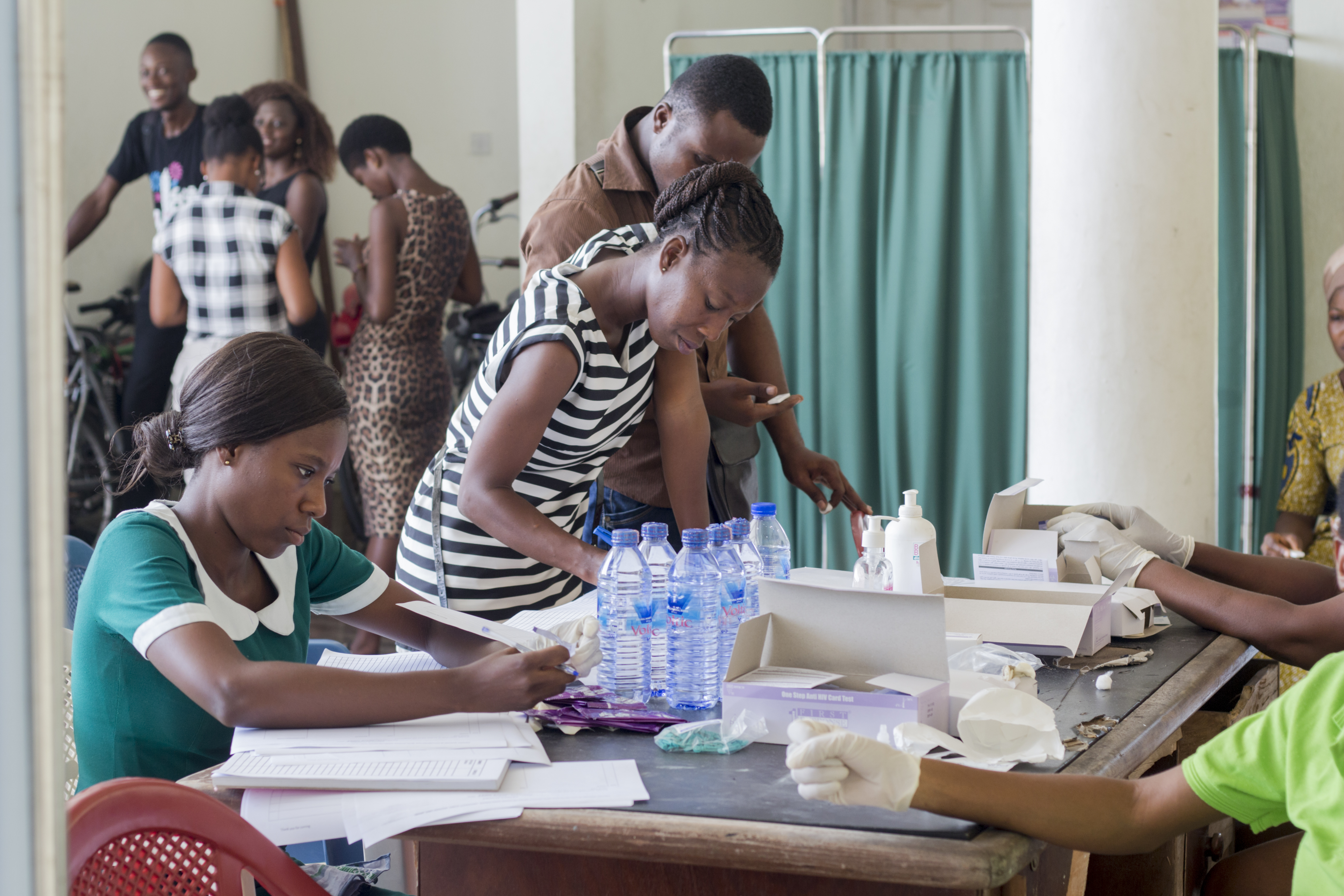