Chairman of the Governing Council of the University of Education, Winneba (UEW), Prof. Emmanuel Nicholas Abakah has made a passionate appeal to all media organisations in the country to demonstrate commitment towards the peace and development of UEW by projecting the many good things happening in the University.

Oftentimes, he noted that the media concentrate on news items that are slanted to give UEW bad publicity and by so doing, paint the University black in the eyes and minds of the good people of Ghana and abroad. 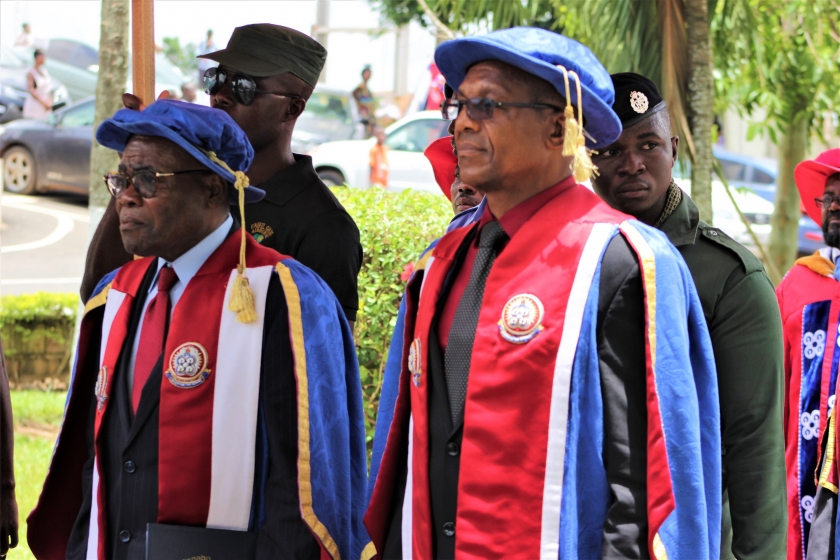 Chairman of Council and the Ag. Pro-Vice-Chancellor, Prof. James Kagya-Agyeman

Nonetheless, “a lot of positive things have been happening across the constituent campuses of the University,” he drew attention of the media as he addressed the Second Session of the 23rd Congregation of UEW in the College of Technology Education, Kumasi (COLTEK) on April 24, 2019.

Prof. Abakah mentioned the launch of UEW’s five-year (2019-2023) Corporate Strategic Plan that was planned for the afternoon of same day, as an example of a good happening and accordingly invited the media to provide coverage and widely publish it. 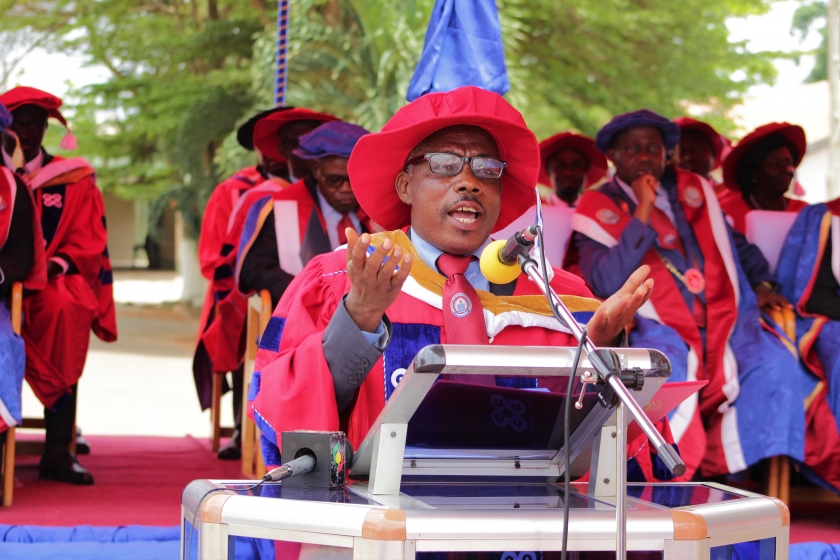 He then assured the public of the University’s commitment to quality service hinged on skilled human resource, accountability, fairness and timely service delivery. 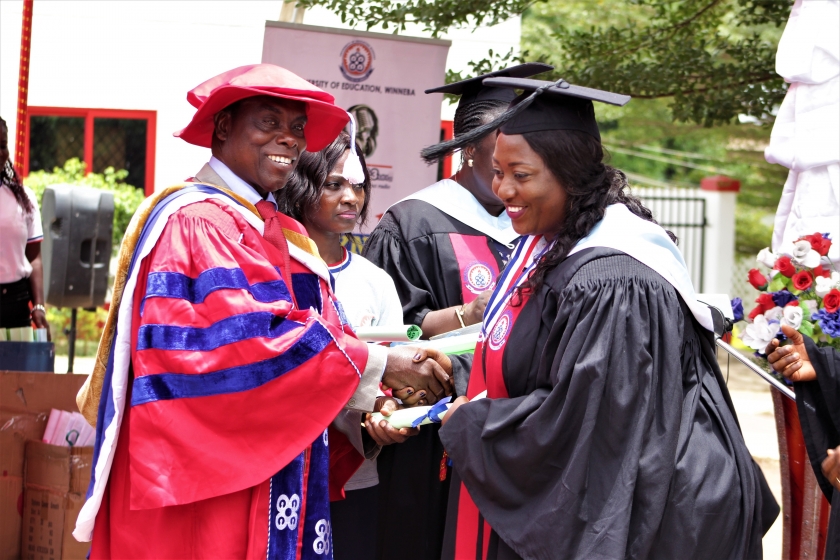 One of the COLTEK graduands in a handshake with Dean, School of Graduate Studies (Winneba Campus), Prof. George Kankam 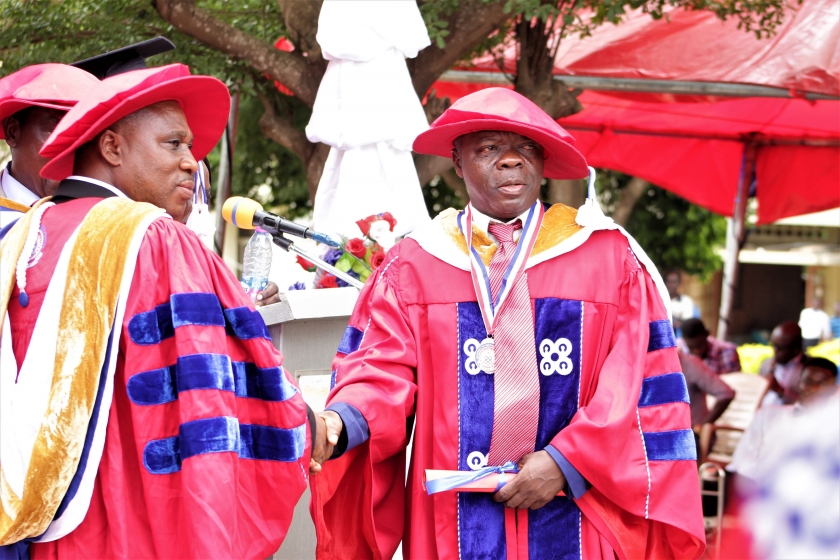 Ascribing reasons for the relatively smaller number of graduands for the April 24, 2019 congregation, the Vice Chancellor, Rev. Fr. Prof. Anthony Afful-Broni said UEW had created flexibility and innovation in its graduation periods, and announced that another graduation session would take place in July, 2019, for the first time in the history of the University.

“This arrangement will reduce the huge numbers which we have had to deal with at a time. It will also allow your colleagues, mostly those on the regular stream, who would have completed their studies in May, to graduate early instead of waiting till November, as previously done”, he explained.

The Vice Chancellor said with enthusiasm the improving international collaborations that UEW was either strengthening and/or establishing; major strides the University is making in the area of Corporate Social Responsibility, improving infrastructure on all constituent campuses; staff development and training, among others. 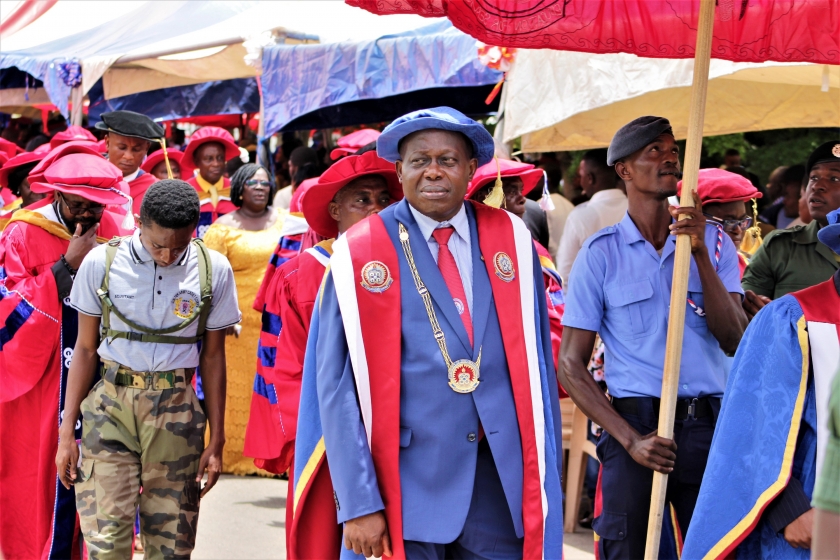 While commending the graduands for all efforts they had to put in to achieve the feat of graduating, Rev. Fr. Prof. Afful-Broni reminded them that the world of work might not be as smooth as they might wish.

“Note that there are so many other graduates out there who are also seeking the same non-existing employments,” he said and therefore encouraged them to venture in job creation, having gained enough exposure to the rudiments of entrepreneurship as part of their training at UEW. 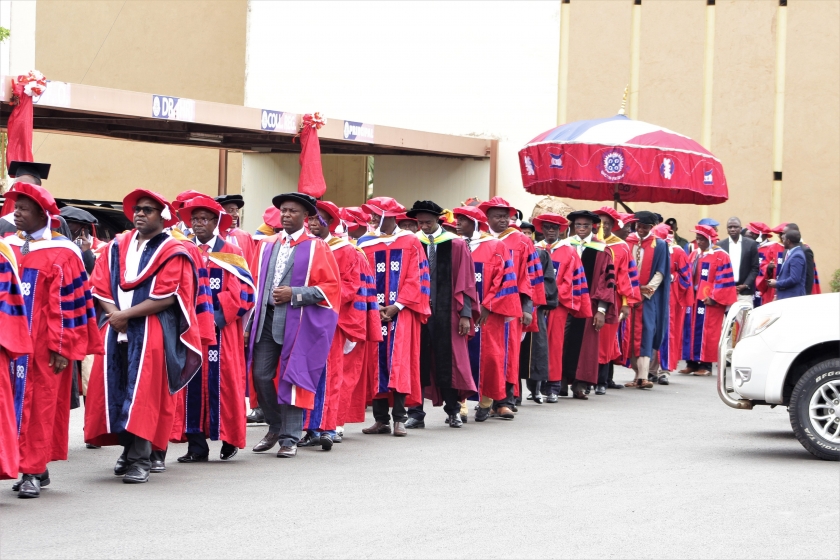 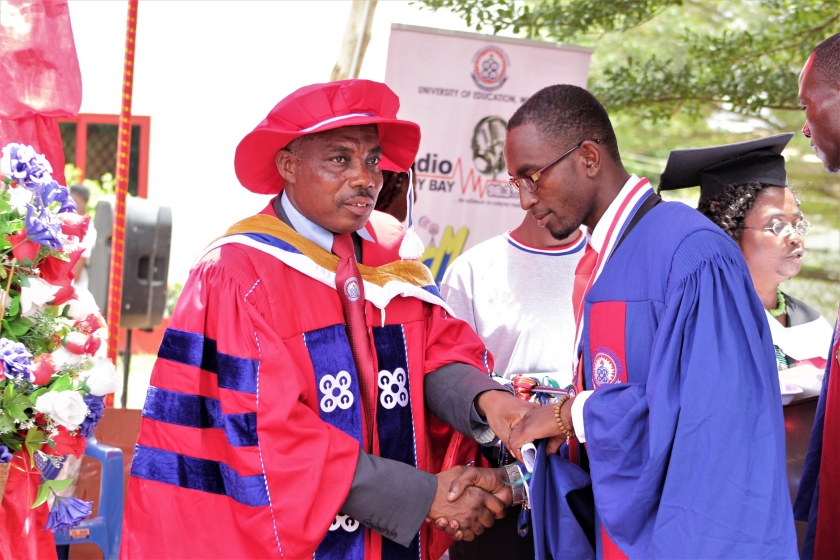