COLTEK SRC Donates to the College

The Students’ Representative Council (SRC) at the College of Technology Education, Kumasi (COLTEK) of the University of Education, Winneba (UEW) has donated six mobile Public Address (PA) Systems and 20 large size litter bins to the College.

The donation of PA Systems and litter bins worth a total of GH₵ 12,000.00 was SRC’s contribution towards effective teaching and learning in a clean environment. 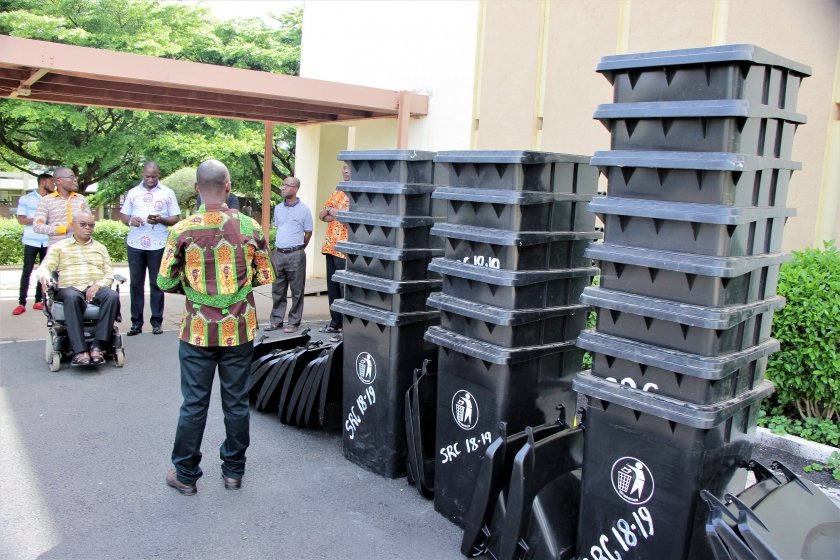 Receiving the items, the Ag. Principal of COLTEK, Prof. Frederick Kwaku Sarfo described the gesture as timely, thoughtful and praiseworthy. He said COLTEK Management was aware of how challenging it had been for the SRC Executives during the 2018/2019 academic year.

He therefore, commended them highly for being able to team up with Management to navigate around the various challenges that arose and succeeding in preventing potential students’ unrests and their likely attendant destruction to property and life on campus. He assured them that the PA Systems would be duly mounted in the classrooms and their security and proper maintenance ensured. 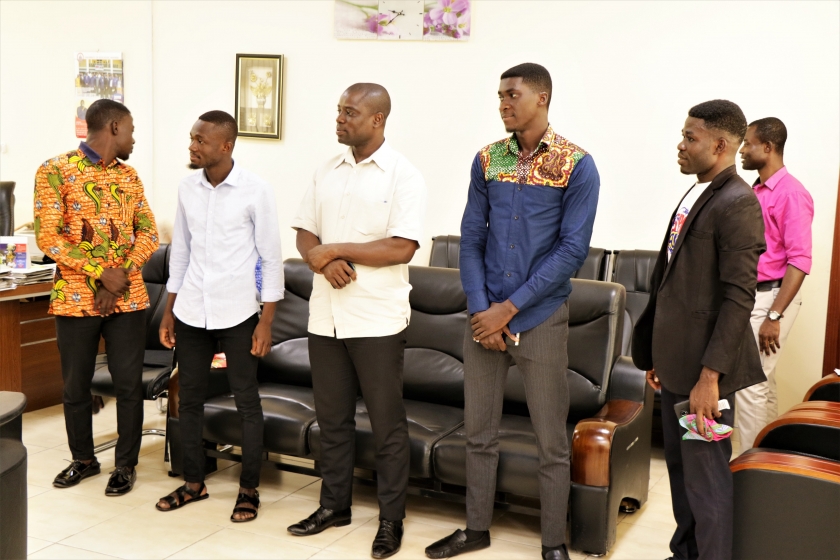 COLTEK SRC Executives at the presentation of the PA Systems

Presenting the PA Systems, the SRC President, Mr. Charles Amartey Tagoe explained that the SRC Executives had observed the inadequacy of PA Systems in the College which impacted adversely on teaching and learning and decided among others to address the challenge. He was thankful to Management and staff of the College for the support and collaboration extended to them for a successful tenure and hoped that their successors would be accorded same support. 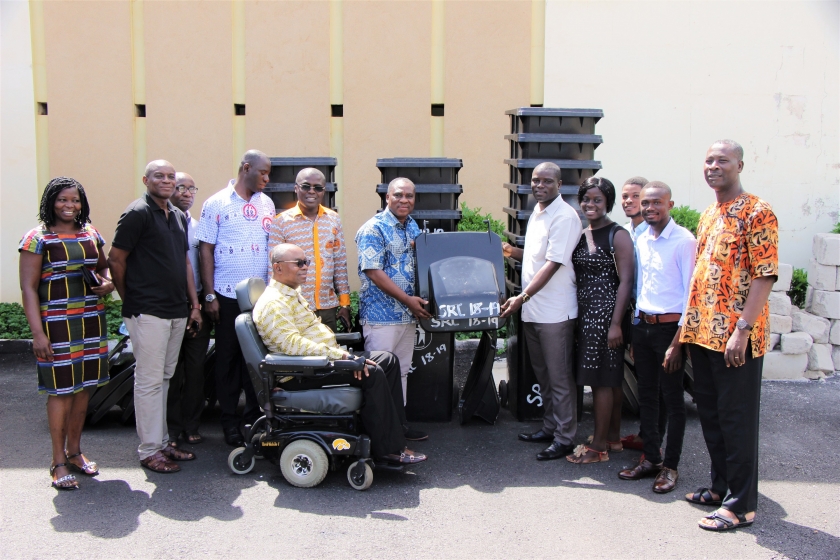