The Acting Principal, Professor Frederick K. Sarfo and other management staff of the College of Technology Education, Kumasi (COLTEK) of the University of Education, Winneba (UEW) have paid a courtesy call on Nana Krobia Asante Tuffour, Chief of Tanoso (near Kumasi) and his elders in a move to strengthen ties with the Tanoso Taditional Authority on whose lands COLTEK is sited.

The March 26, 2019 visit also provided the opportunity for Prof. Sarfo to introduce himself officially as the Acting Head of the College to the chief and his elders. Prof. Sarfo in a brief statement stressed the invaluable benefits that could accrue to both UEW and the Traditional Authority if the two entities could further strengthen their bonds.

“UEW has enjoyed peaceful existence on your land for decades now but we believe that we can do more together to bring mutual benefit and growth to this community,” Prof. Sarfo suggested.

He took advantage of the occasion to appeal to Nana Tuffour to caution his subjects against encroachment on the lands of COLTEK. He expressed grave concern about the activities of the encroachers and explained that such behaviours, if not halted immediately, could stifle the future development and expansion of the College. On his part, Nana Tuffour thanked Prof. Sarfo and the Management of COLTEK for the visit. He expressed happiness at the request from the University for stronger relations and said he and his elders were ready to collaborate with UEW.

Nana Tuffour suggested a partnership between the University and the  Authority to enable the Authority and other Stakeholders construct facilities on the University Campus on a Build, Operate and Transfer (BOT) basis.

The Chief requested the Management of COLTEK to report any encroachers of the College’s lands to him for swift action. The College Registrar, Mr. Michael Kofi Adu, commended Nana Tuffour for his interest in the growth of the College. 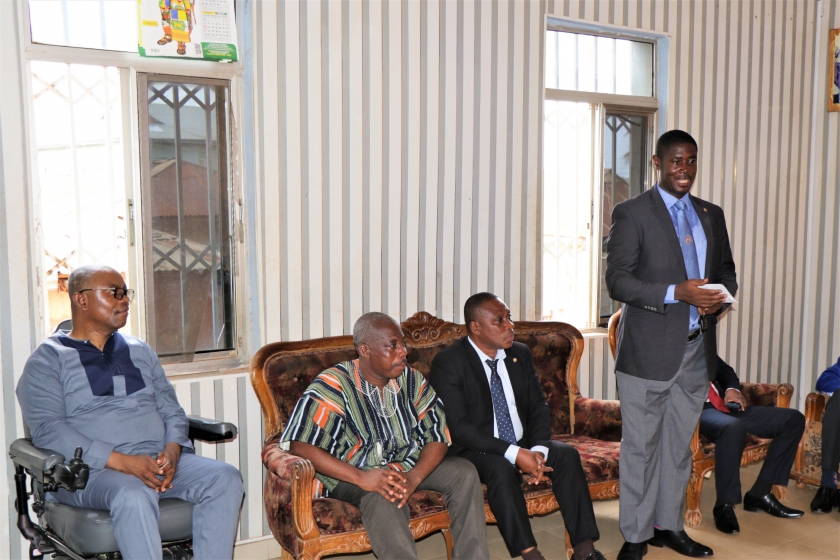 The Head of University Relations Department at COLTEK, Mr. Michael K. Twum-Ampomah (standing) introducing the Acting Principal and the team from COLTEK to the Tanosohene 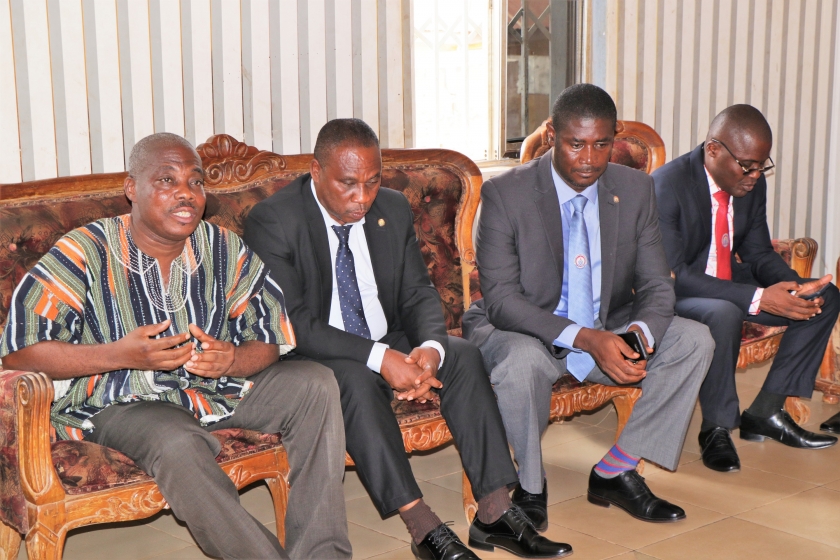 Prof. Sarfo (in smock) making a point during the meeting Prof. Sarfo and the other COLTEK Management Members in a hearty chat with some of the Elders of Tanoso after the meeting​ The Dean of the Faculty of Vocational Education (FTE), Prof. Martin Amoah shaking hands with the Chief and Elders of Tanoso The College Librarian, Mr. Seth Katsekpor in a hand shake with an Elder of Tanoso