Management, with the approval of the Governing Council of the University of Education Winneba (UEW) has named the impressive Faculty Block at the College of Technology Education, Kumasi (COLTEK) after late Prof. (Ing.) Reynolds Okai, the immediate past Principal of COLTEK.

The posthumous honouring is to celebrate the late Prof. Okai, under whose leadership, COLTEK, particularly, enjoyed some marked improvements in academic standards. He was instrumental in UEW establishing several gainful institutional collaborations in Ghana and abroad. 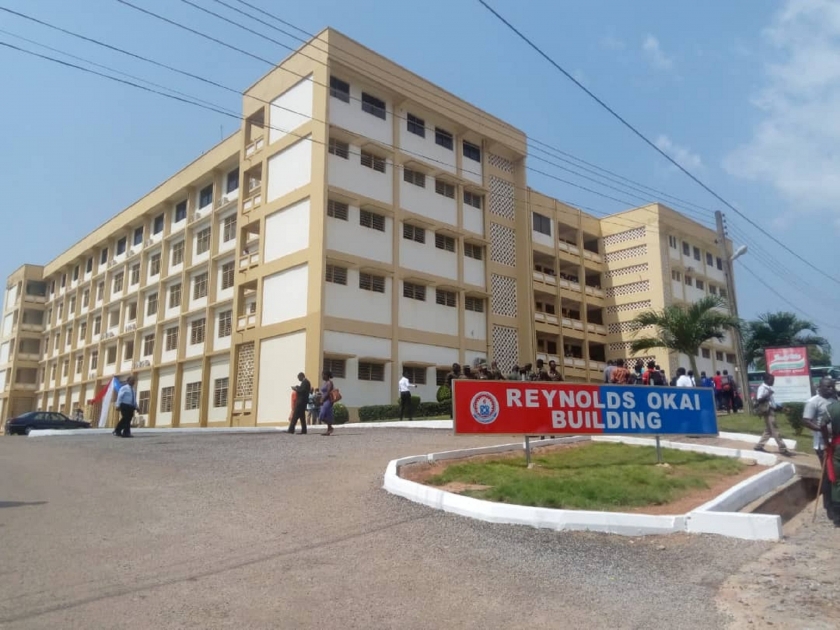 At the brief but colourful naming ceremony on Thursday, November 29, 2018, speakers took turns to highly extol late Prof. Okai for the many selfless services he rendered to bring UEW into the limelight.

The Vice Chancellor, Rev. Fr. Prof. Anthony Afful-Broni, catalogued the achievements of Prof. Okai and many of his contributions to the development of UEW. He praised him highly for his selflessness and added quite dolefully that Prof. Okai was even on a mission to explore more opportunities and to strengthen the existing ones when he was suddenly taken ill in far away China and eventually passed on to eternal glory on February 18, 2018.

The Registrar, Surv. Paul Osei-Barima Esq. described Prof. Okai as a shining example for many a staff of UEW. “By this gesture, we want the world to see how appreciative we are, as a University, for the efforts of Prof. Okai.” He said. The Chairman of the Governing Council, Prof. Emmanuel Nicholas Abakah unveiled a plaque and a citation in honour of Prof. Okai, to officially name the block.

The gold-plated citation, which is affixed to the frontal wall of the Building, reads in part thus, “Prof. Okai contributed immensely to knowledge in technology and education through various empirical research and position papers; and was famous for a number of inventions that brought UEW into the limelight in Ghana and abroad. He was also dexterous at handling responsibilities excellently.” The Vice Chancellor, Rev. Fr. Prof. Anthony Afful-Broni (second left in blue suit) and Prof. Abakah flanked by the Widow, Mrs. Dora Okai (in black dress) and other patrons of the ceremony

The late Prof. Okai served UEW in various capacities for 9 and half years, a period he dedicated himself assiduously, sometimes, as an individual but often times as an adroit team player to bring about various innovations and developments.

Also present at the ceremony were some members of the Governing Council of UEW, Principal of COLTEK, Prof. Frederick K. Sarfo; Widow, Mrs. Dora Okai and children, Paternal and Maternal family members of the late Prof. Okai; Representatives of various institutions including Koforidua Technical University (KTU), delegation from the Amakom SDA Church and many staff of COLTEK. 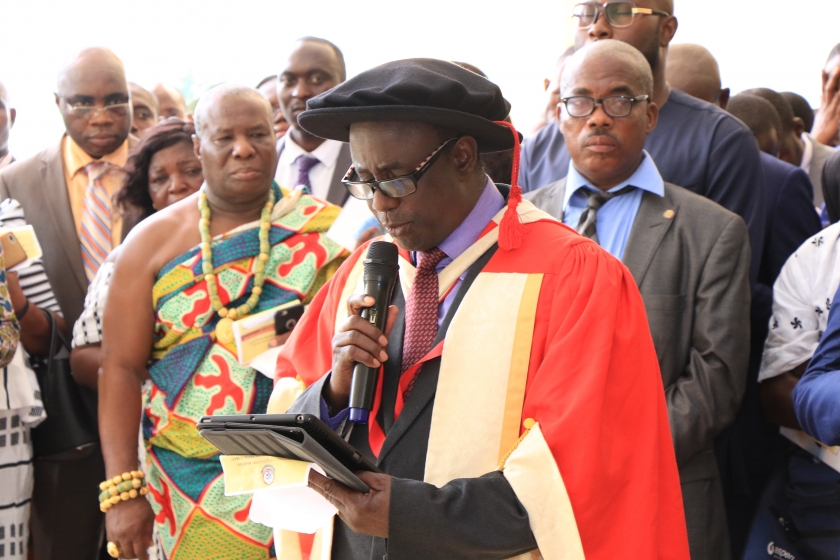 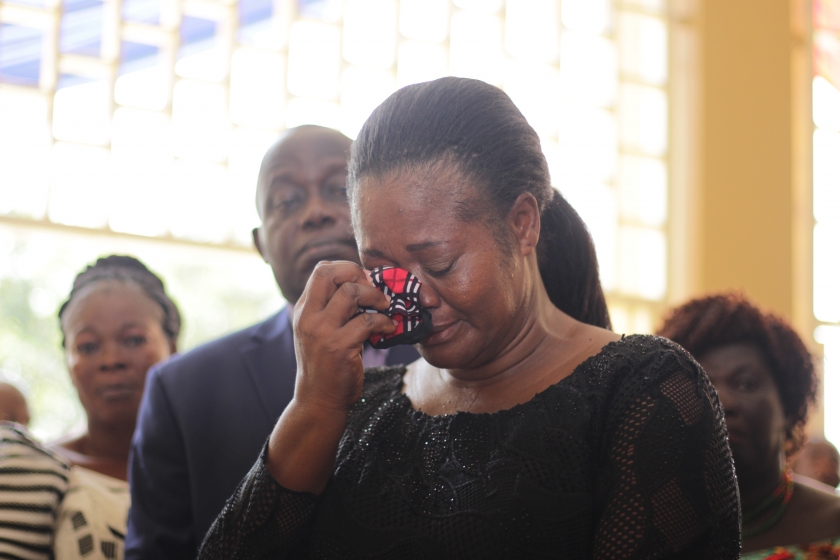 The widow, Mrs. Dora Okai shed tears during the ceremony​ 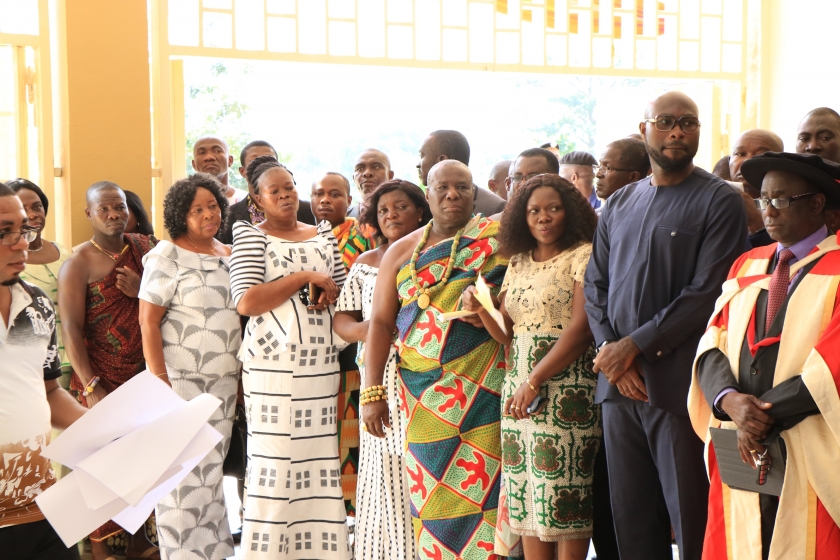 The UEW Brass band in full swing performance at the ceremony