The College of Technology Education, Kumasi (COLTEK) of the University of Education Winneba (UEW) has made a major stride towards helping to fight the cancerous graduate unemployment situation that has bedeviled the nation for years now. The College is now collaborating with industry to offer practical entrepreneurial training to all its final year students so they (students) would not be overly reliant on seeking formal employment upon completion but open up their own businesses and employ others.

On Wednesday, May 10, 2017, the College organized a grand exhibition for the first batch of entrepreneurial trainees to showcase their products which included shoes, cake and liquid soaps, lotions and pomades as well as bead wares. Opening the exhibition on behalf of the Vice-Chancellor, Prof. Mawutor Avoke, highly elated Principal of COLTEK, Prof. (Ing.) Reynolds Okai was full of commendations for the team that was tasked to ensure the success of the special entrepreneurial programme. He announced that plans were afoot for the programme to be expanded in terms of the number of trades in which students would be receiving training. “Next year we shall include training in mobile phone repairs, barbering, hairdressing, sewing and many others”. He also bemoaned the high rate of graduate unemployment in the country and explained thus, “as a University, we have a core mandate to find solutions to societal problems. This programme is a key step towards addressing the unemployment situation. We expect our students to create their own businesses after school so they can employ others and ease the ever-increasing pressure on government”.

While thanking the various Deans of Faculty and Heads of Department for their commitment to the programme, Prof. (Ing.) Okai expressed the hope that subsequent exhibitions would be bigger and grander. Some of the trainees who spoke at the function said the training had been a good eye-opening for them, others particularly in shoe-making hinted of having already started savings towards going into the business immediately after school.

Representative of those who trained in liquid soup-making announced that they had already secured a contract with a nearby food vending outfit for the supply of their products. The trainees presented one of the COLTEK-made shoes to the Principal which he immediately wore to the admiration of all gathered. 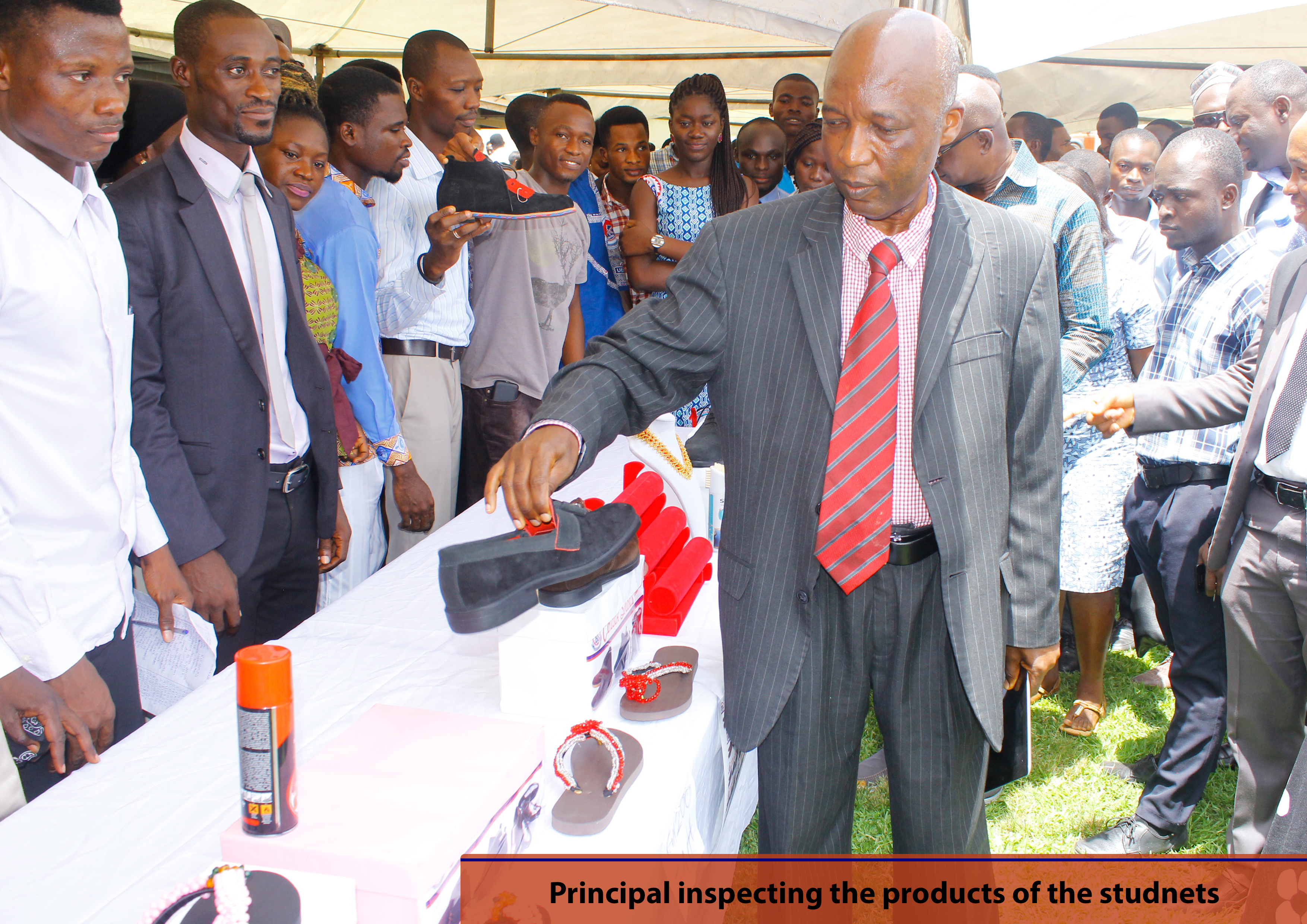 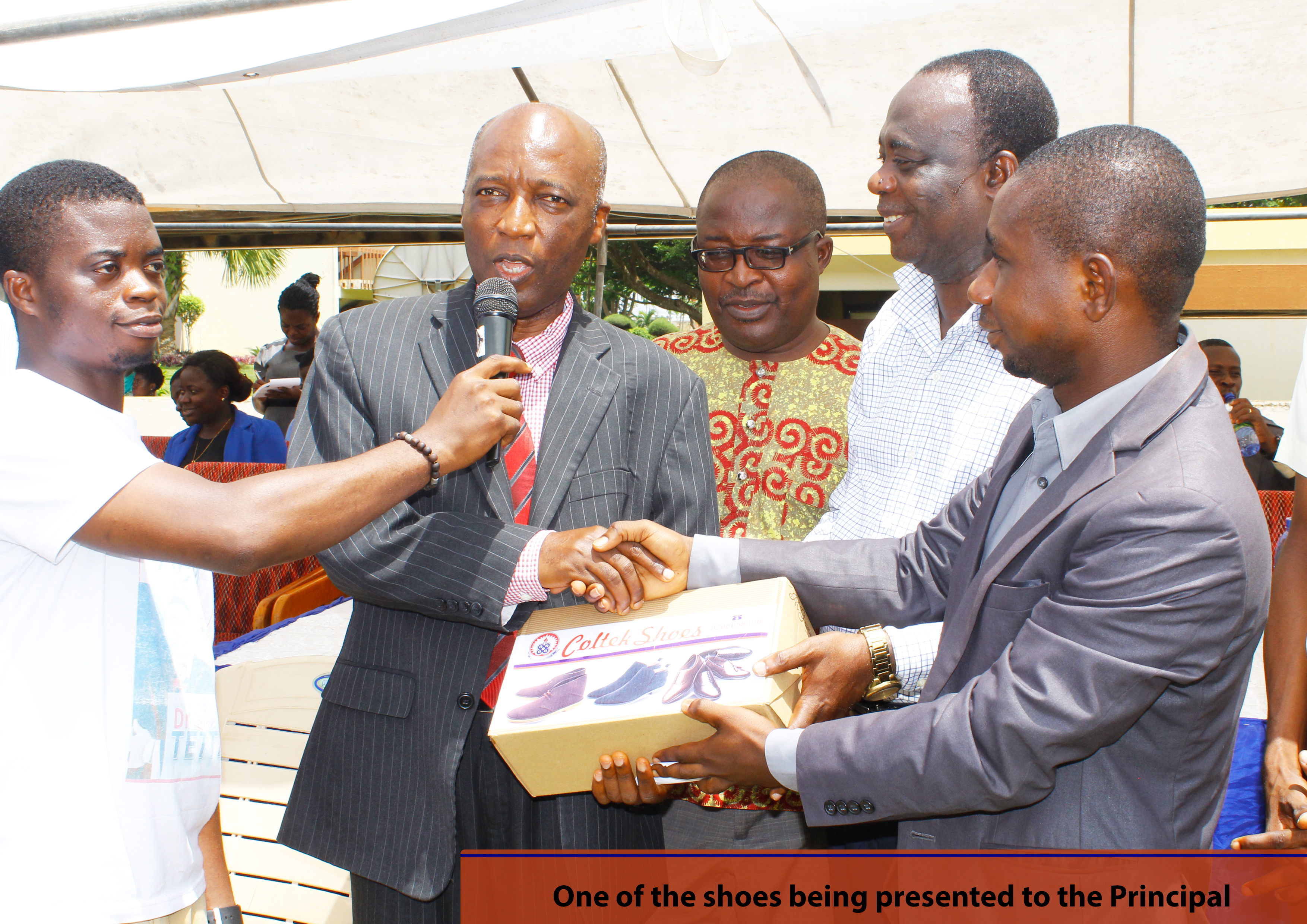 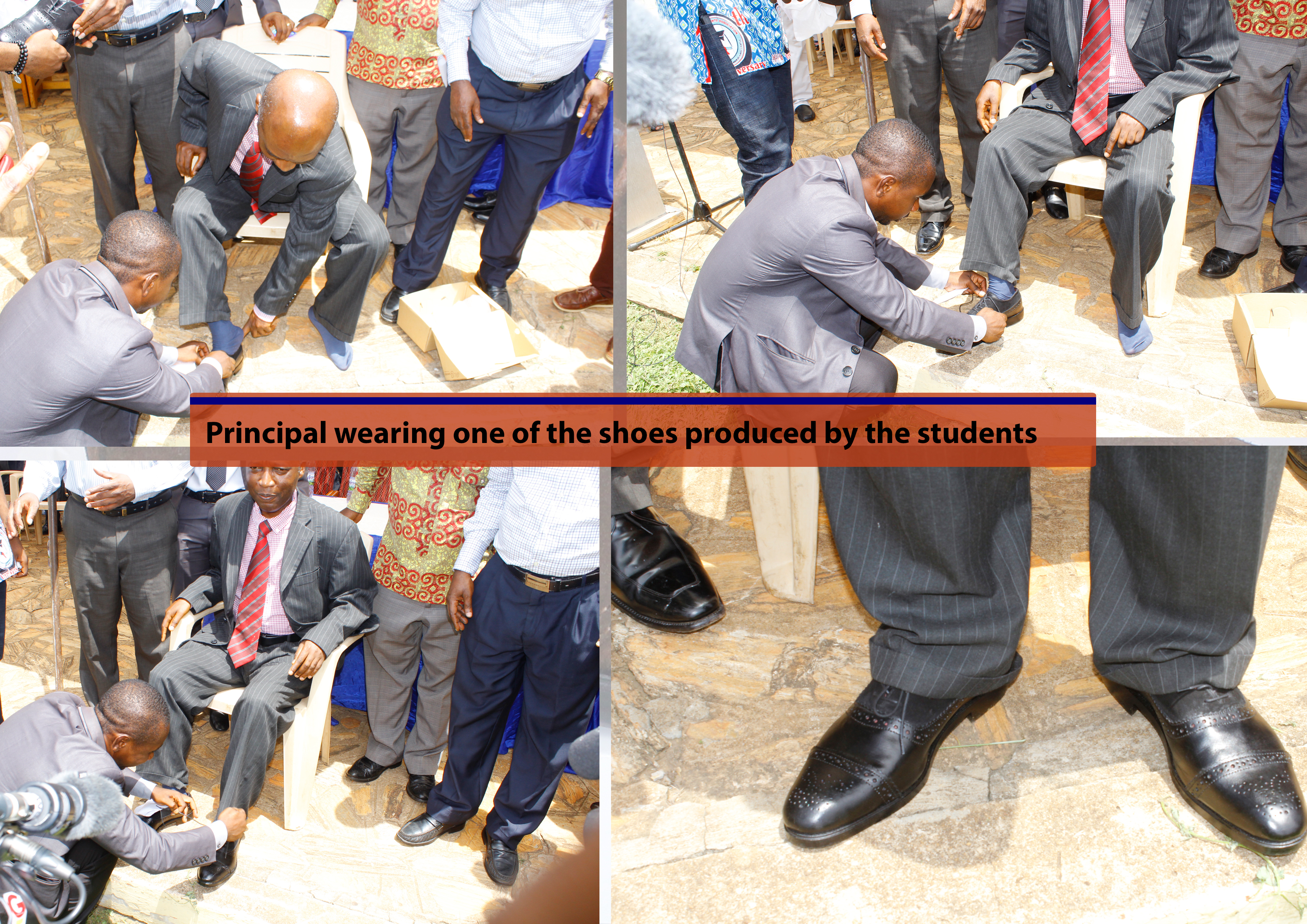 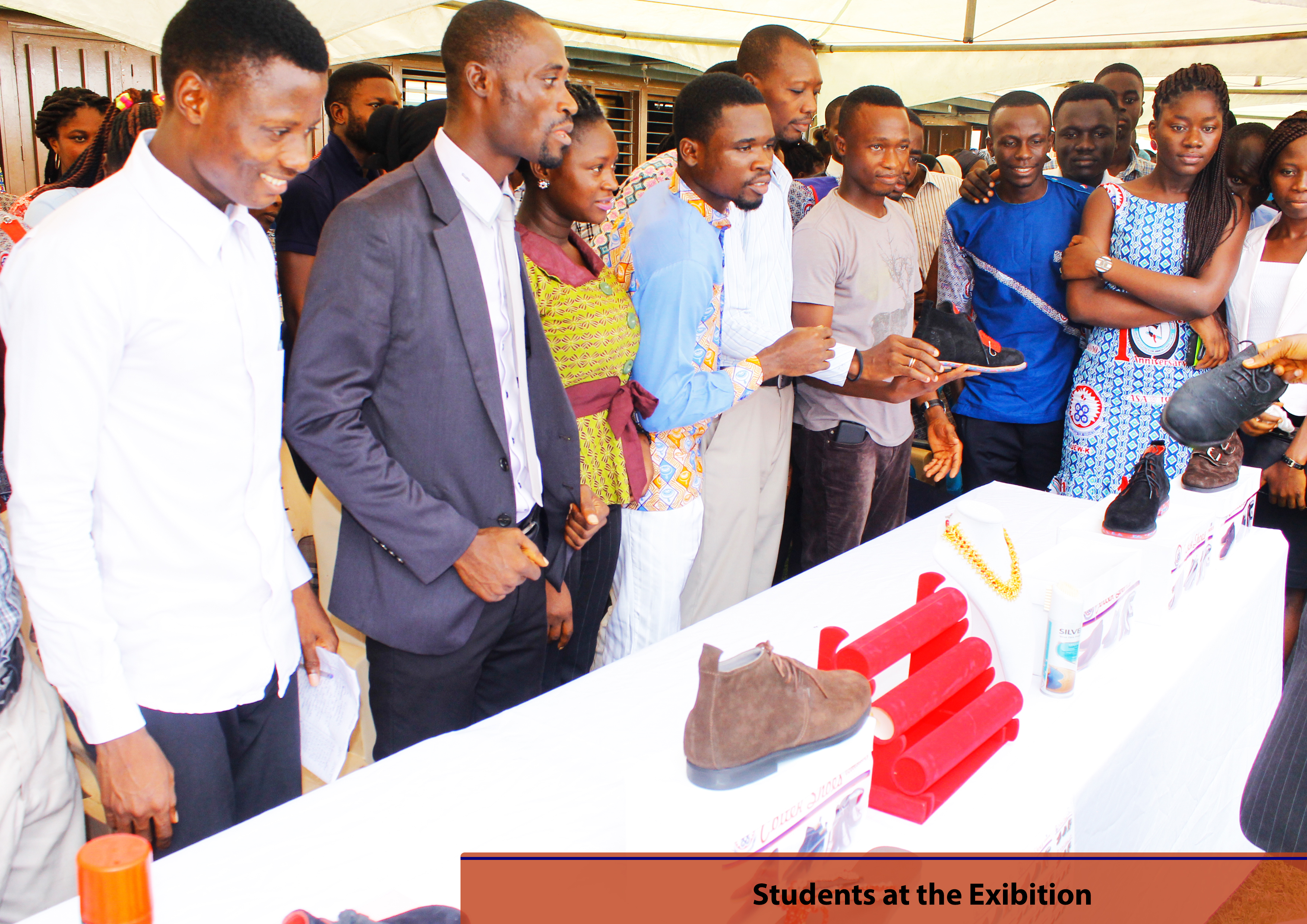 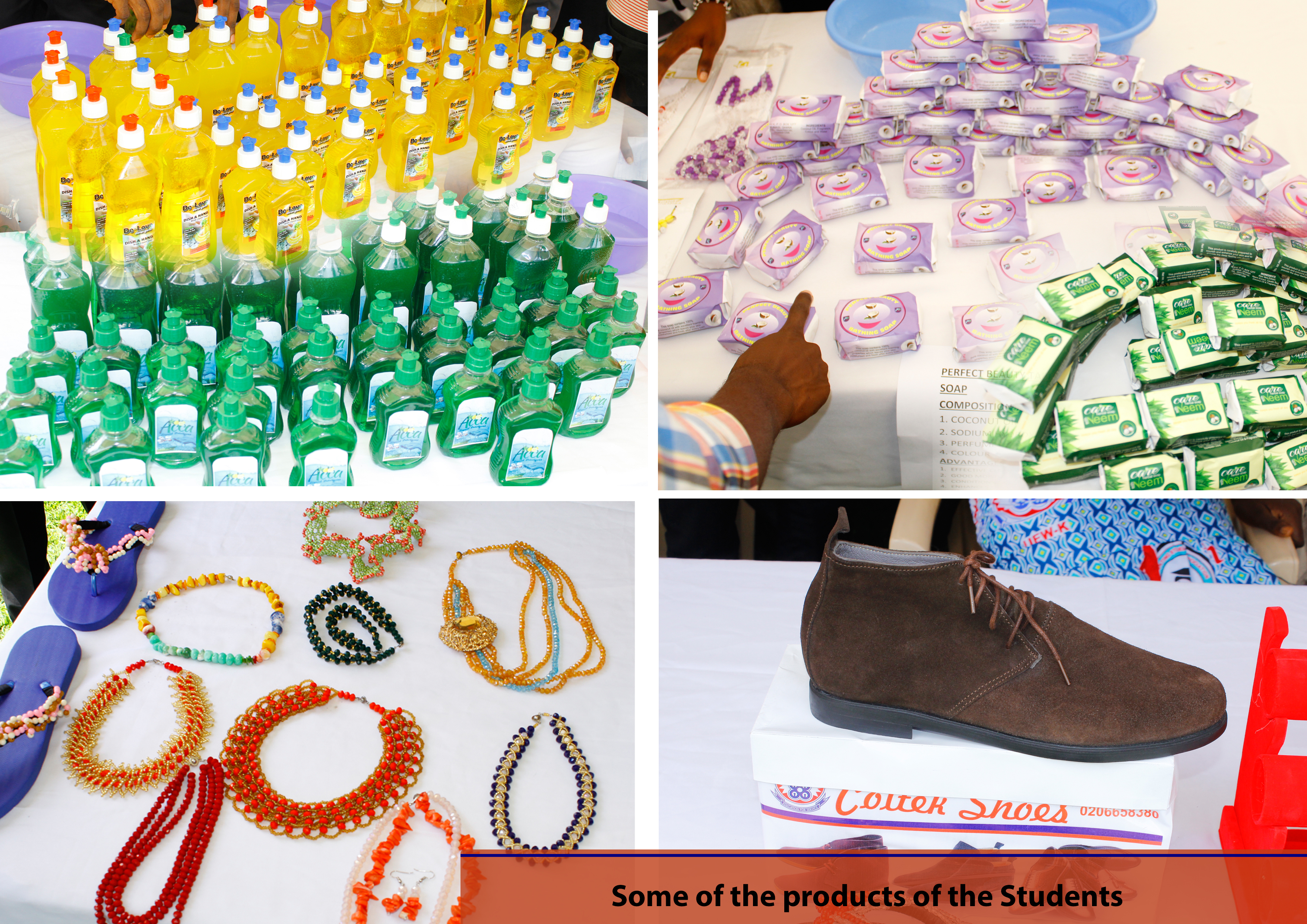 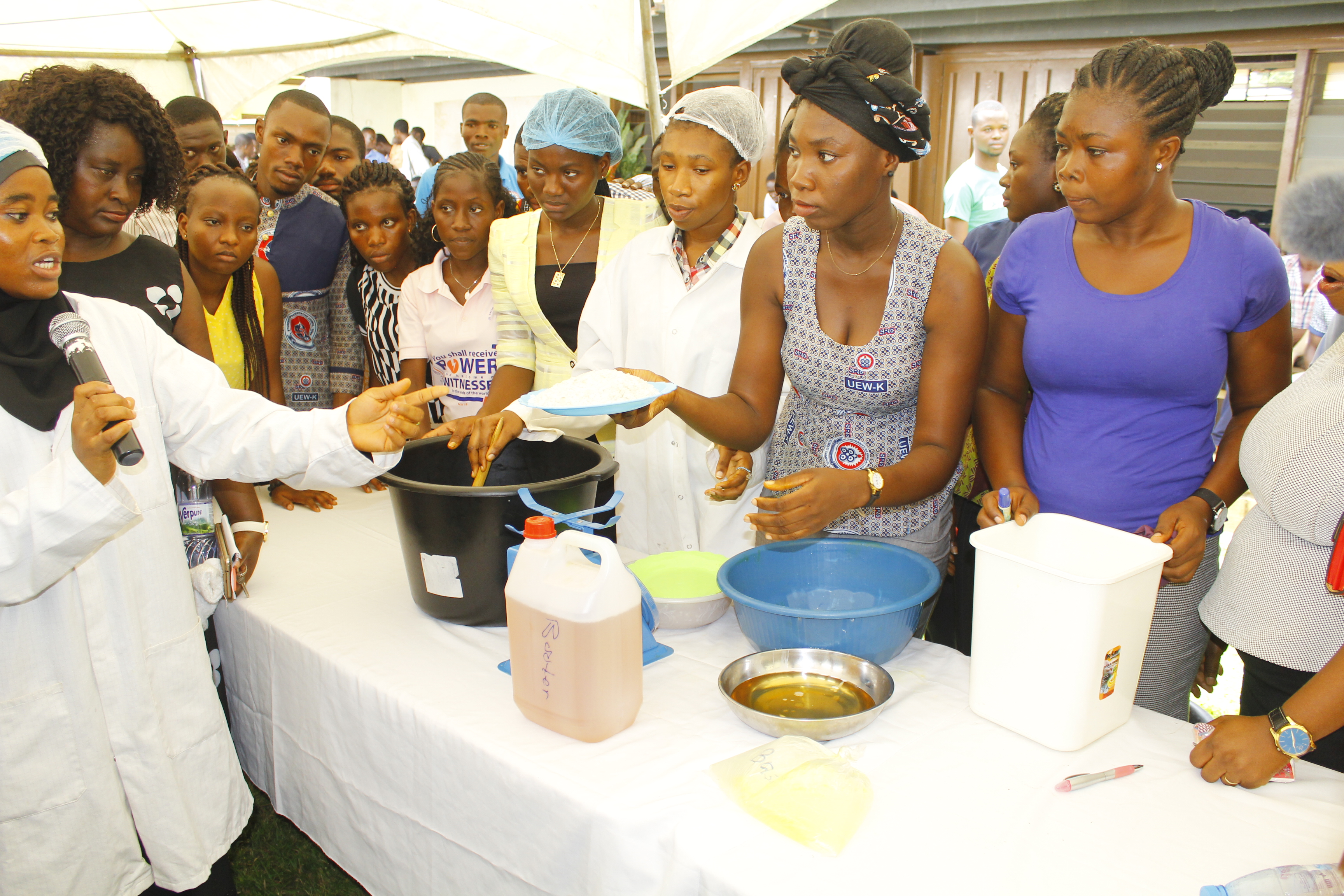 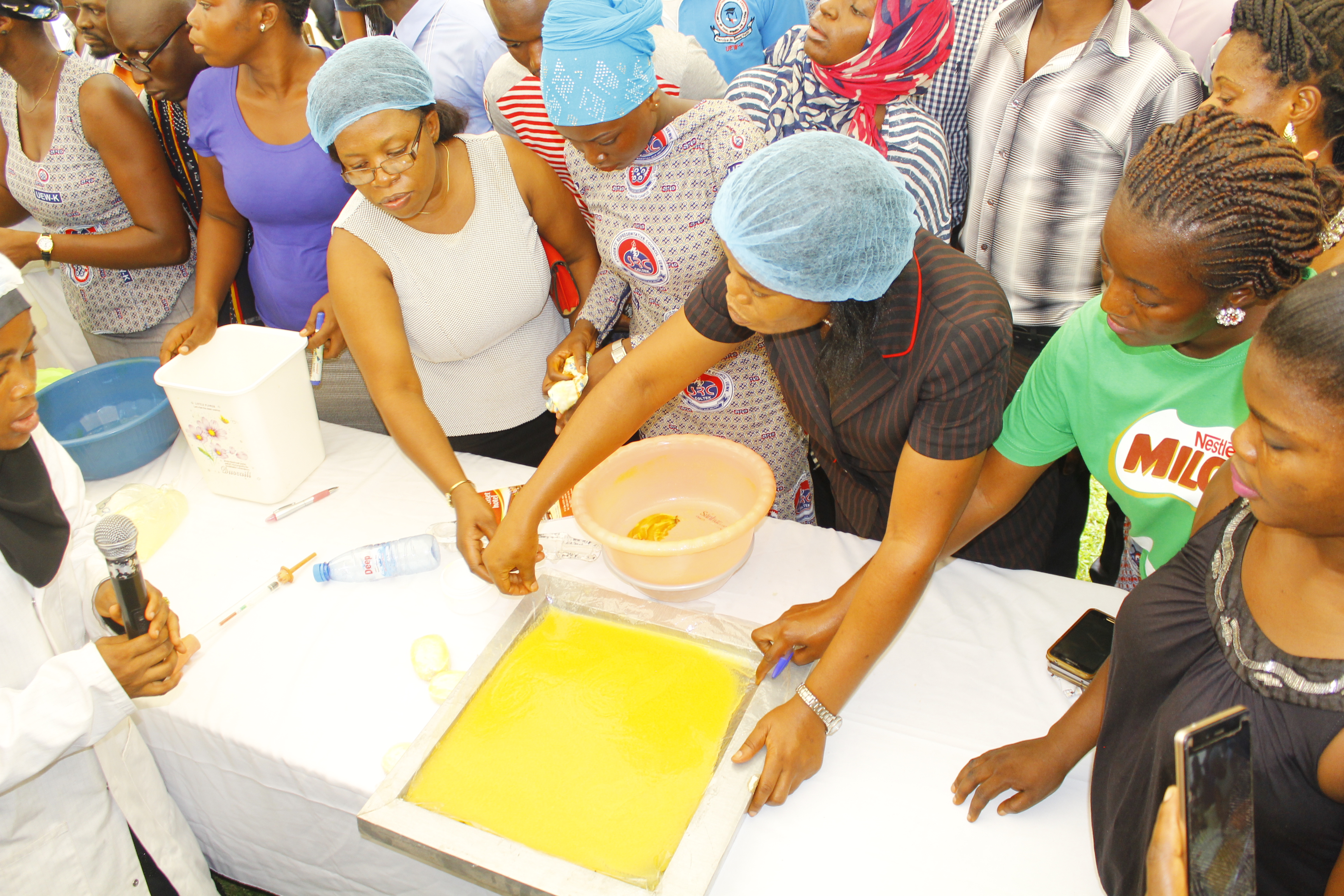