The Finance Section of the University of Education, Winneba has held its 2017 Budget Implementation Workshop for Deans, Directors, Deputy Registrars and Heads of Department/ Section/ Unit of the University.

The Workshop which was held on 18th May, 2017 at the Prof. Jophus Anamuah-Mensah Conference Centre was aimed at discussing important issues for effective implementation of the 2017 Budget of the University, including the legal and regulatory context of the Budget.

In his address, the Vice-Chancellor, Professor Mawutor Avoke lauded the efforts of the Finance Section in holding such a forum to brief participants on how the budget implementation process is carried out. He indicated that it was a wonderful opportunity to engage the University community on “our financial management system as part of efforts to ensure that transparency and accountability are upheld in the University system.” He advised that such workshops should be held frequently to update staff of the University on the budget processes and operations.  In his words, “it’s a very good way of letting senior members know how our monies are spent and how we go about our budget process and operations.”

The Workshop discussed issues which centred on budget implementation within the context of Public Financial Management (PFM) Act, 2016 (Act 921), Income Tax Act, 2015 (Act 896), and how budgets are prepared and implemented in the University.

He stated that budget implementation should hold the principles of prior-commitment approval, transparency, fairness, competitiveness, full disclosure, value for money, inclusiveness and prioritisation. He indicated among other things that the University Council has the responsibility of controlling the finances of the University as well as other finances arising out of the administration of the University. He indicated that there was no central vote to accommodate expenditures in respect of utilities and that the expenditures of Ministries, Departments and other Agencies (MDAs) on utilities formed part of their goods and services vote. Further, he noted that all MDAs were to comply with the directive on installing pre-paid meters on their premises.

Touching on property rate, he indicated that all MDAs were to meet all expenditure arising from property rate and ground rent payment from their approved 2017 goods and services budget. On retention of Internally Generated Funds (IGF), he stated that all MDAs that had authorisation to retain and use portions of their IGF were required to ensure that due processes were followed in the use of such funds. He indicated that processing of IGF transactions were to be carried out on the Ghana Integrated Financial Management Information System (GIFMIS) platform.

Speaking on tax exemption, he indicated that the authority to grant tax exemptions was vested only in Parliament and that contract negotiations that made provision for Tax Exemption should involve the Ministry of Finance.

On awarding of contracts, he said that MDAs were to comply with the regulations that all contracts funded from Government of Ghana (GoG) resources were to be awarded in the local currency, the Cedi. He added that in exceptional circumstances where contracts need to be awarded in foreign currency, prior approval must be obtained from the Ministry of Finance.

The Finance Officer, Dr. Theophilus Senyo Ackorlie and the Deputy Finance Officer, Mr. Frank Owusu Boateng led the discussions on budget implementation in the University. They presented an overview of the 2017 Budget of the University and highlighted key issues in the budget implementation process. Among other things, they said that the University would continue to control expenditure more rigorously in 2017, especially the control of staff cost, fuel and vehicle running cost, committee meetings cost and cost of other official ceremonies. They also indicated that the University would continue to rely more on the internal sources of revenue for more urgent and pressing activities such as teaching, research, infrastructural and staff development.

Touching on the major initiatives for the year 2017, participants were informed that the University had planned to construct a bookshop, a 5-storey lecturers office complex to provide 200 offices for lecturers and 36 lecture halls, enhanced sports infrastructure, and an extension to the University hospital as well as completing the Distance Education infrastructure in Kumasi, Techiman, Cape Coast and Koforidua.

The Head of Taxpayer Services at the Ghana Revenue Authority, Swedru, Mr. M. H. Danso-Ntiamoah led discussions on withholding taxes after giving highlights of the Income Tax Act, 2015 (Act 896).Presenting an overview of the Income Tax Act, 2015 (Act 896), Mr. Danso-Ntiamoah said the Act requires residents to be taxed on all incomes regardless of source and whether or not foreign income earned is brought into Ghana. He added that Act 896 exempts all pension income. He admonished that every employee of the University obtains a Tax Identification Number (TIN) as required by Act 896. Without a TIN, a person would not be permitted to undertake important transactions in Ghana, including clearing goods at the port, registering a land, registering a business, and filing a case with the Courts.

Present at the workshop were Principal Officers of the University, Deans, Directors, Deputy Registrars and Heads of Department/ Section/ Unit. 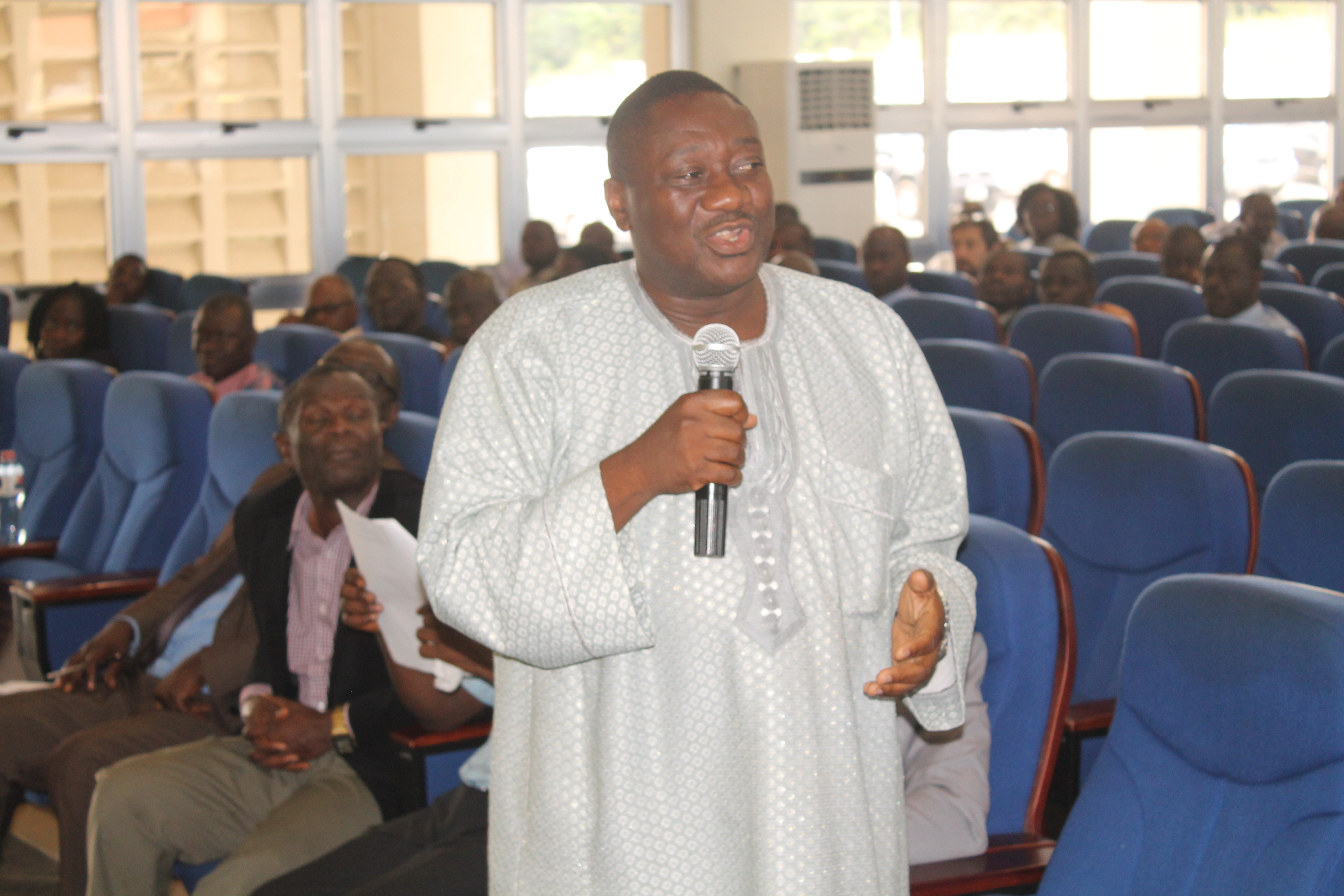 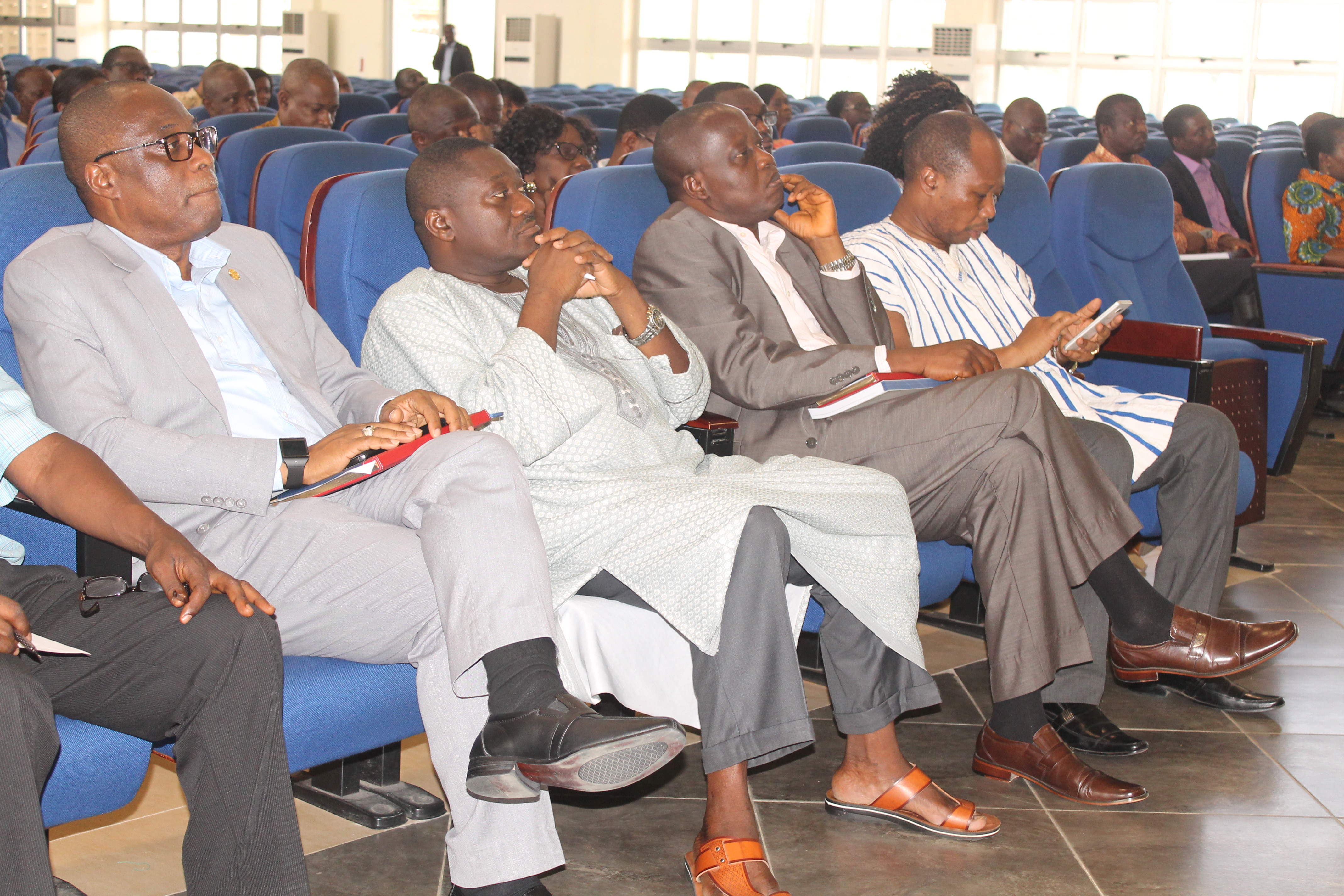 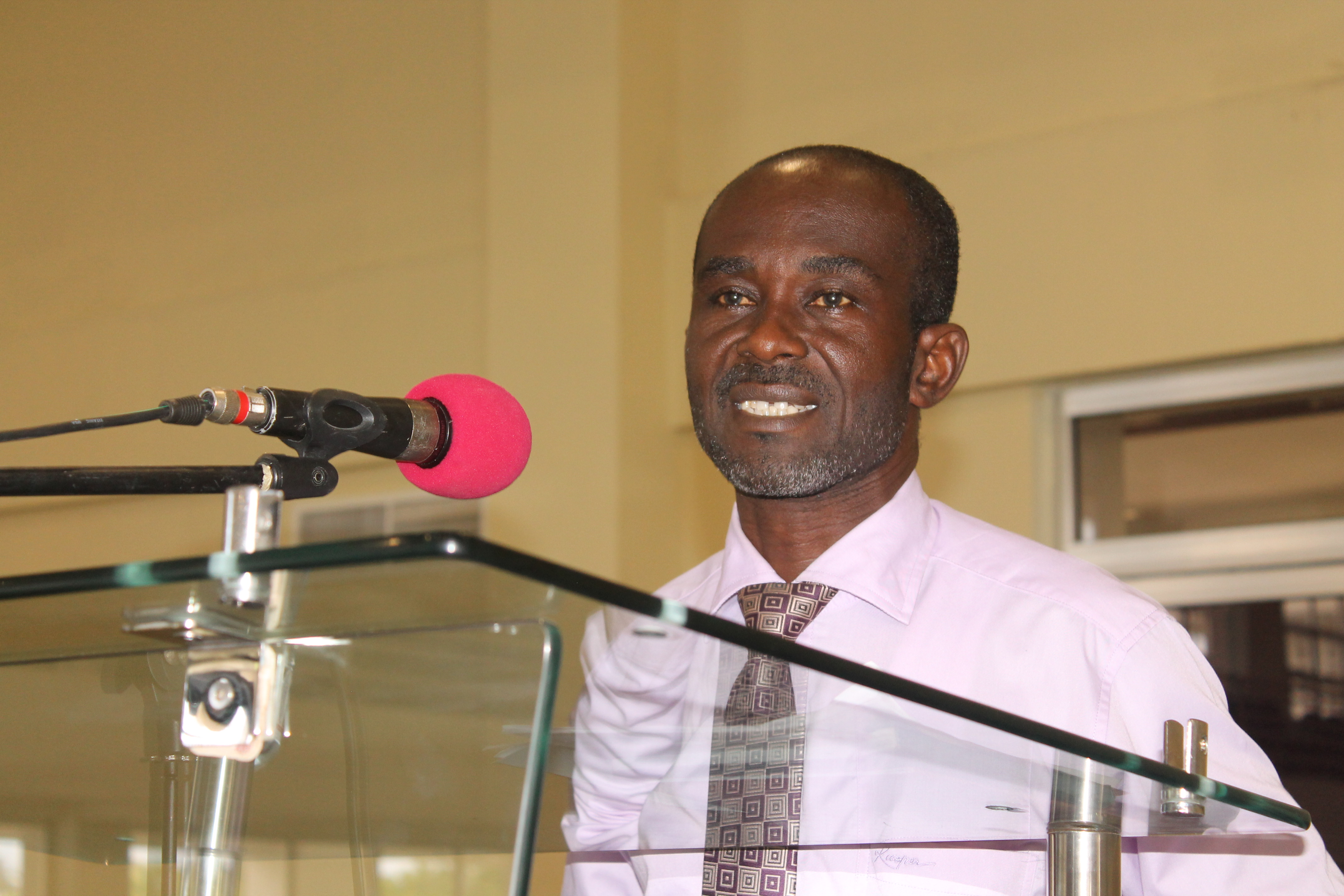 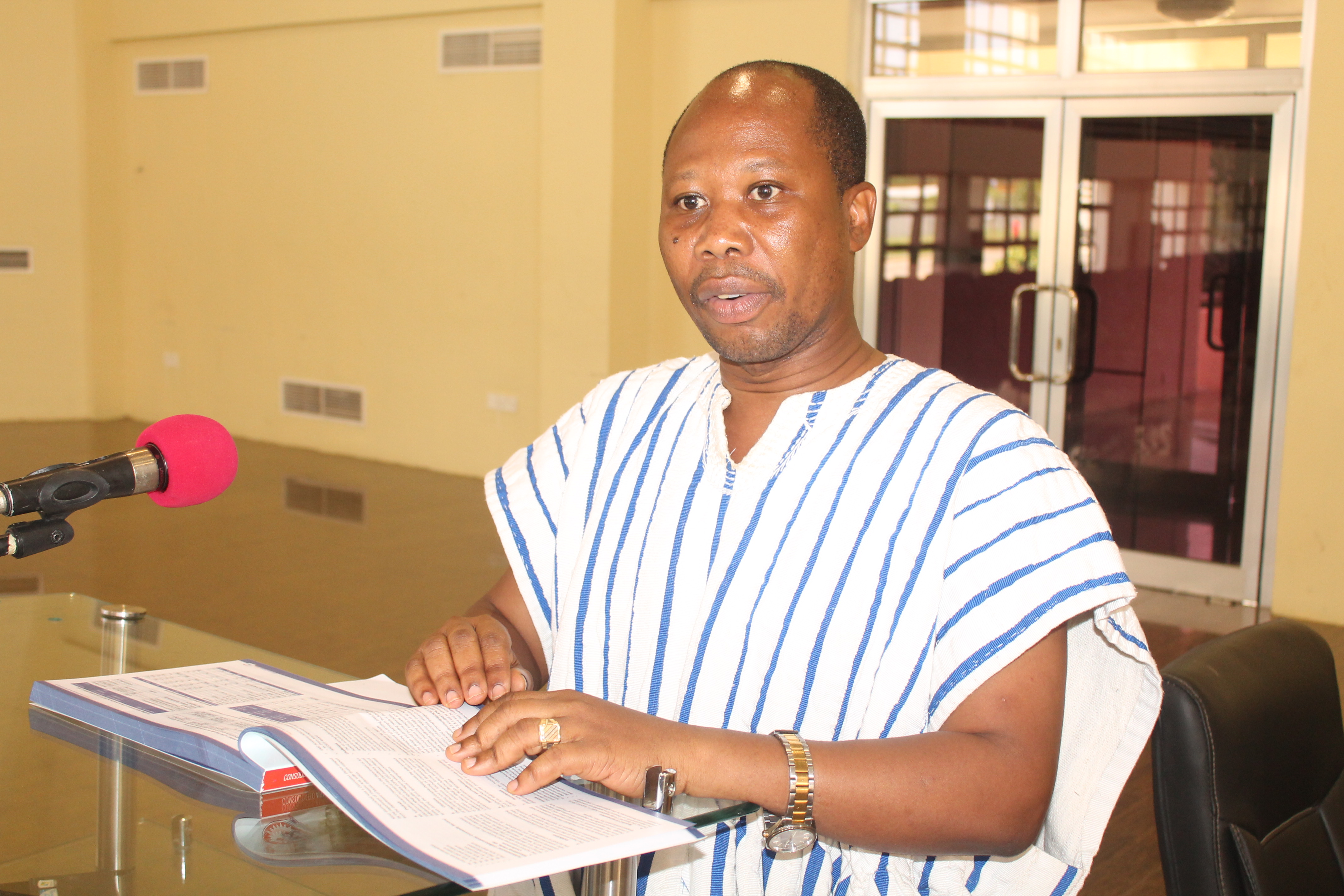 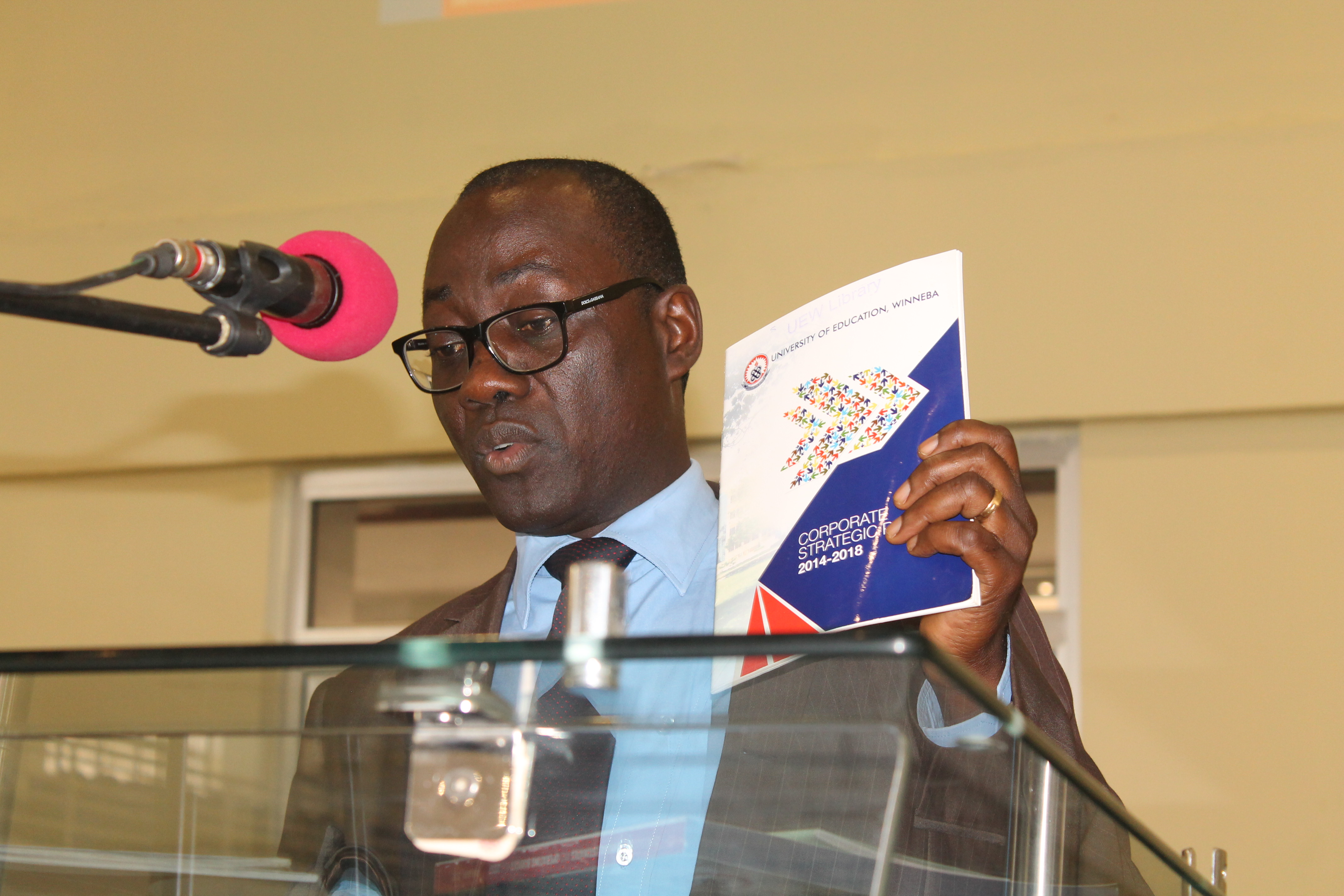 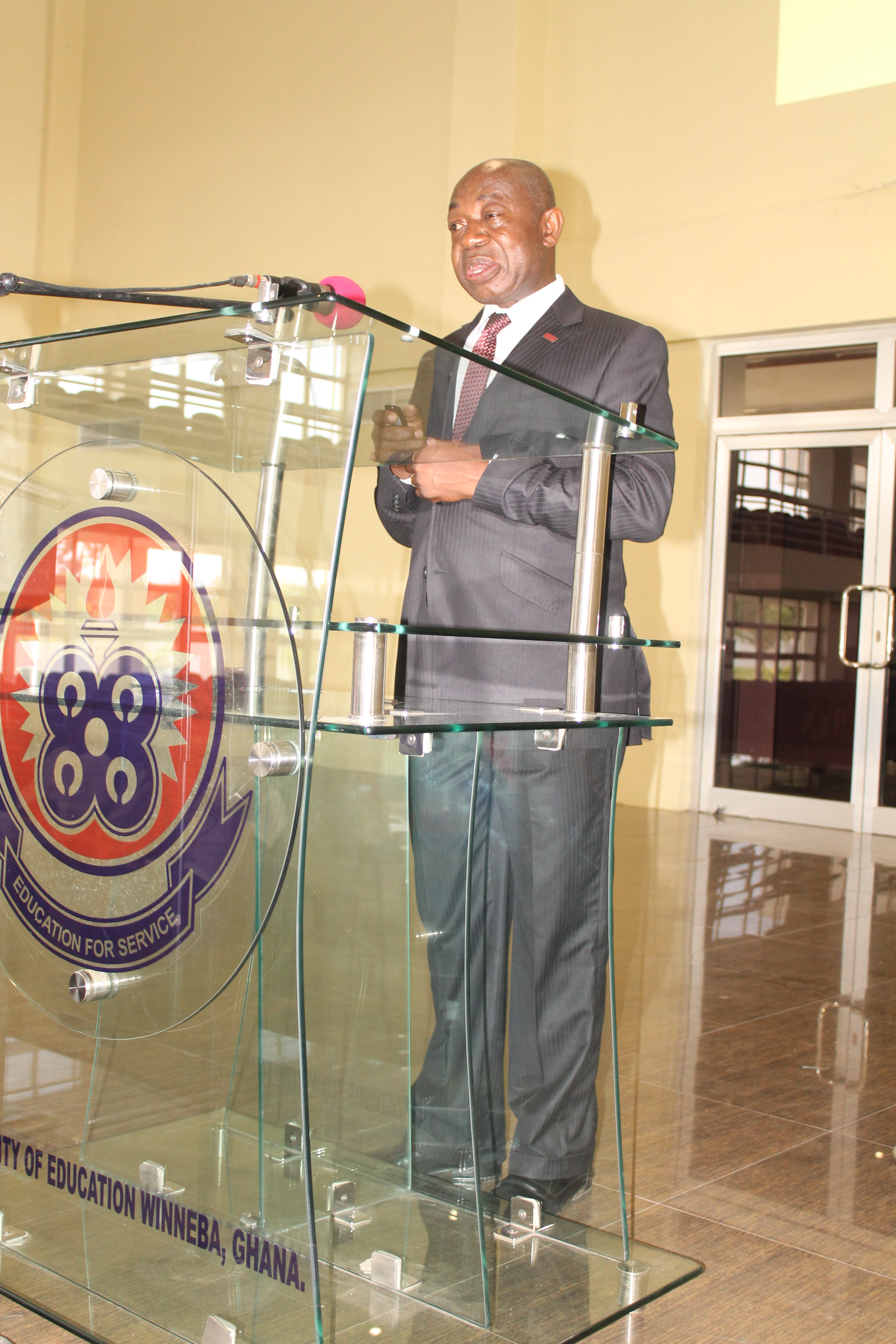