The University of Education, Winneba (UEW), as part of its Corporate Social Responsibility has fully funded a four-day Maths Camp for upper primary pupils in the Effutu Municipality. The Maths Camp, organised by the Department of Mathematics Education, took place at the Kwame Boadi Pavilion and the Assembly Hall both at the South Campus from Sunday, 11th to Wednesday, 14th August, 2019.

The Camp which began last year with 35 pupils from Unipra North and South schools had over 150 participants from selected basic schools in the municipality this year.

The Maths Camp was aimed at providing early learners with the opportunity to create, change and incorporate new ideas in their learning process as well as to correct the wrong perception among school pupils that Mathematics is a difficult subject to learn. It was also designed to demystify mathematics learning among primary school pupils, build their self-assurance and confidence thus making them independent learners. 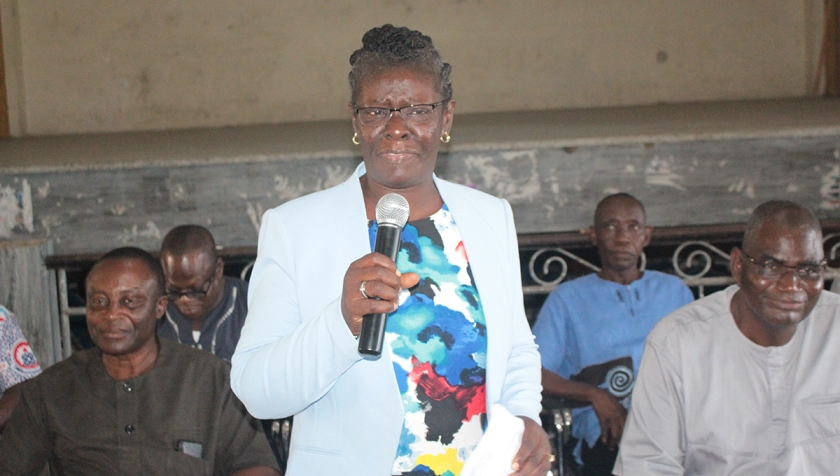 Addressing the pupils at the Opening Ceremony, the Dean, Faculty of Science Education, Prof. Ruby Hanson reiterated that the Department of Mathematics Education is mandated to produce competent teachers who are equipped with best practices and modern pedagogies, such as the use of Information and Communication Technology. She indicated that the Maths Camp was an innovation of Lecturers in the Department of Mathematics Education, initiated to help correct the wrong belief held by some students about Mathematics.

“Being at this camp is the start of that big success towards the achievement of the mission and vision to get our nation to rely on you younger ones as a potential resource to bring about change. We do not want you to endlessly copy notes that you do not understand, written on the chalkboard or be looking up to someone to feed you with ‘appor’,” she said to the pupils.