“LISTENING TO THE FEMININE SIDE: A HISTORY OF WOMEN IN PARLIAMENT FROM 1993-2013” - SEMINAR REPORT

The two departments jointly hosted a seminar on November 23, 2016. Mr. Eric Nketiah, a lecturer in the Department of History Education, delivered a presentation on the topic “Listening To The Feminine Side: A History Of Women In Parliament From 1993-2013”. The presenter’s objective was to find out and discuss some of the contributions made by women on the floor of Ghana’s Parliament. The presenter spoke about feminism and how Parliament works. On what Ghanaian women in Parliament have said, the speaker examined official transcriptions of discussions made in Parliament.

He found that women addressed a variety of issues – not just “women” issues – when speaking on the floor of Parliament. For example, they voiced concerns about the conflict in the north and government contracts. The questions led to a lively discussion about women and their voices in Parliament. The Seminar was attended by faculty members including Dr. Jim Weiler, Dr. Lucy Atom, Dr Abotsi, Mr. E.T. Amanor- Lartey, and many students. 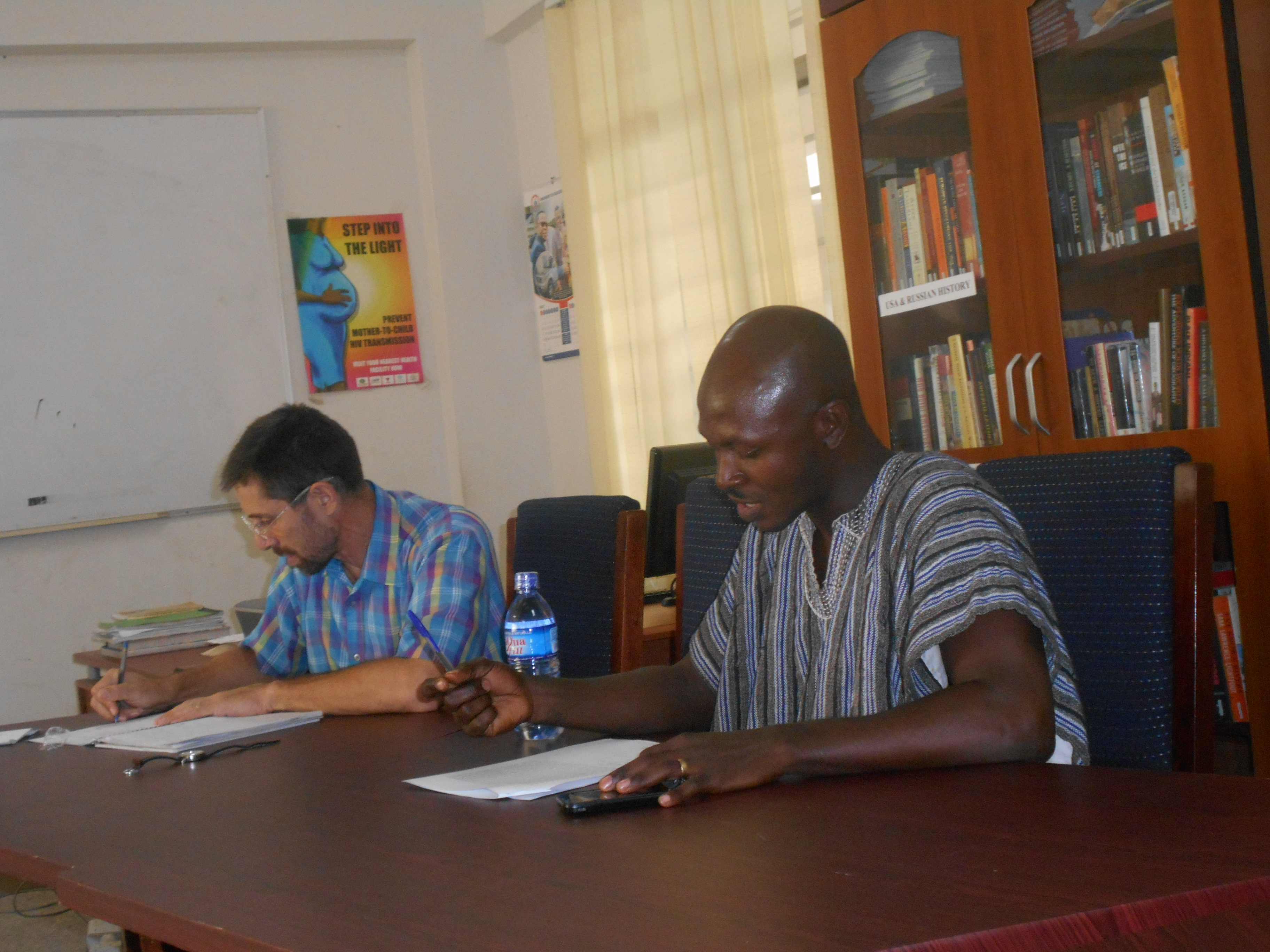