“I shall be objective in all my affairs” – Surv. Paul Osei-Barima (Esq)

Surv. Paul Osei-Barima Esq, the current Registrar of the University of Education, Winneba (UEW) has said that he shall be objective, remain and maintain positive neutrality in all his dealings with the University.

The Registrar said this on his first day at work at a short meeting to welcome him at the Council Chamber, North Campus on Wednesday, 1st November, 2017. Present at the meeting were the Ag. Vice-Chancellor, Principals of  Colleges, Deans, Directors and Deputy Registrars.

He stated that the interest of the University was bigger than any individual’s thus; promoting the development agenda of UEW should be of paramount concern to each and everyone. “It is only when the University develops that the members can also share tasks as there will be a trickle-down effect on us.” He said.

Surv. Osei-Barima (Esq) revealed that he shall endeavour to promote, improve and build upon the achievements made so far by his predecessors and ensure that the University governance remained on a higher pedestal  focused on attaining corporate results. He noted he would ensure the promotion of “institutional patriotism” amongst staff and students of the University; adding, there shall be “malice towards none” but good will for everyone.

He said all dreams could be achieved through team work and collective efforts since the institution could not be built on only one person’s initiative.

In his remarks, the Ag. Vice-Chancellor, Rev. Fr. Prof. Anthony Afful-Broni thanked Mrs. Christie Okai-Anti for holding the fort at a time the Registrar’s position was vacant.

In her response, the Deputy Registrar (Human Resource), Mrs. Christie Okai-Anti welcomed the Registrar back to Winneba and encouraged him to be objective in his administration as he has promised.

In his contribution, the Dean of International Programmes, Prof. Yaw Sekyi Baidoo, on behalf of Deans and Directors, assured the Registrar that they would work with him, think with him, have tete-a-tete and do everything to guarantee academic and social successes.  “We shall work with you not because we have no choice but because we think it is ideal to support one another. If we refuse to support you, our efforts shall be in vain.” Prof. Baidoo concluded.

Surv. Paul Osei-Barima was appointed  Registrar on Tuesday 17th October, 2017 after the Governing Council of UEW had adopted the report of the Search Committee on the appointment of Registrar.

Division of Publications and Communication 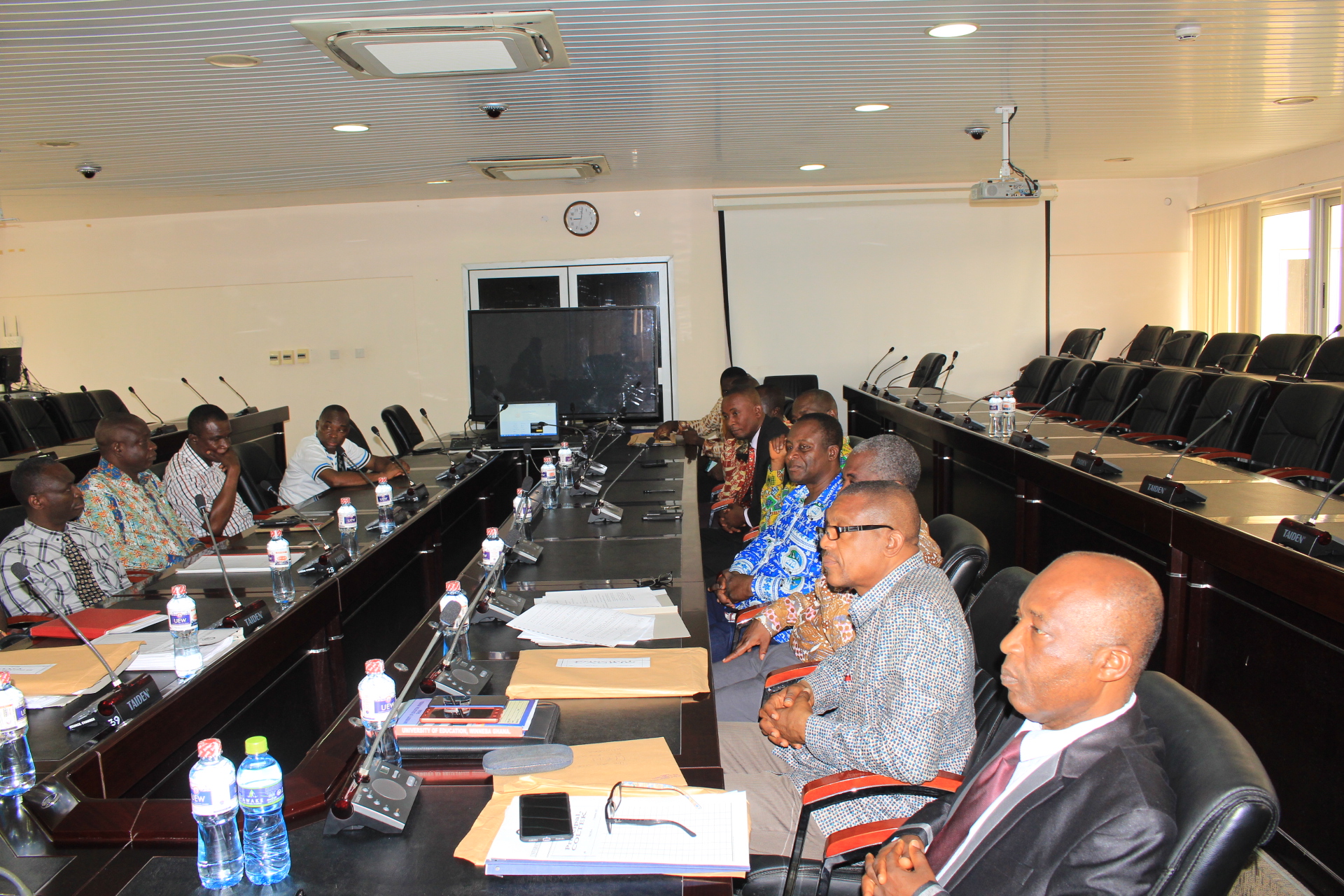