A “bofrot” seller and single mother, Ms. Priscilla Akwagu, who did not give up on her dream of becoming a professional teacher, has attained first-class honours in Twi Education at the University of Education, Winneba (UEW), in pursuit of her dream.

Ms. Priscilla Akwagu started her “bofrot” selling business with GH₵ 50 when she had her daughter in 2008, after completing Junior High School. She worked for four years, saved money, and then enrolled at Atebubu Senior High School (SHS) in 2012. While at Atebubu SHS, she had to work hard to combine academic work with business to be able to pay her school fees and that of her younger brother. She eventually completed SHS in 2015 and resumed her “bofrot” business full-time.

Ms. Priscilla Akwagu pursued a Bachelor of Arts in Twi Education at the Faculty of Ghanaian Languages Education, Ajumako Campus of the UEW, and graduated with first-class honours during the first session of the 26th Congregation of the University. 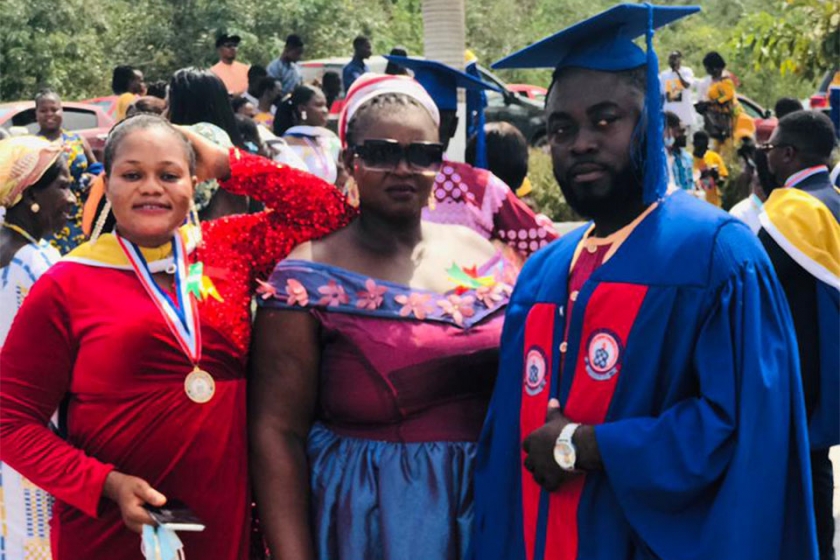 Ms. Priscilla Akwagu (left) with well-wishers who graced her graduation

In an interview with the University’s Department of Media Relations, the “bofrot” seller disclosed that she was inspired to pursue tertiary education at UEW to realise her dream of becoming a professional teacher.

“I was inspired to pursue my education here and I became very happy when I was told that I could still become a teacher after University. I really love to teach. In fact, teaching to me is a hobby. I also felt that most students fail at their education because they lack teachers with the patience to inspire and push them harder to fulfill their potentials.”

Ms. Priscilla Akwagu expressed her satisfaction with the knowledge and expertise acquired throughout her studies at UEW. She takes pride in the skills acquired to enable her to do what she loves doing best without any hindrances. She revealed her intention to pursue a master’s degree in any language-related programme and as such, she's vowed to expend her national service allowances judiciously to enable her to save towards the payment of her Master of Philosophy fees.

She indicated that even though she applied to read Political Science, she was offered a Bachelor of Arts in Twi Education by the University. She confessed that the programme had shaped her thinking ability and general perspective to life. 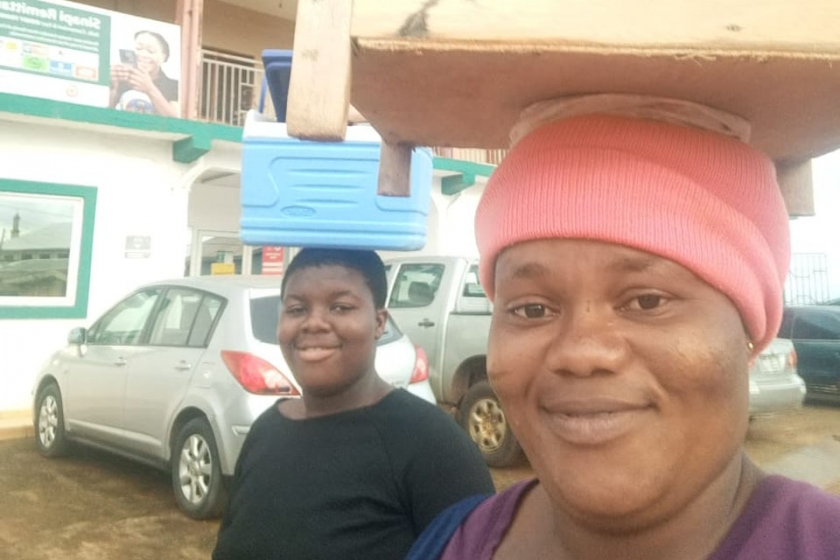 “I started motivating others at my SHS by giving them the room to be comfortable in sharing their problems with me and definitely at the end, it helps them to make good decisions for themselves. When I also went on the school internship programme, I always devoted time to talking to my students. I realised that about three of the form one students who had just come were pregnant. I seized every opportunity to talk to them not to give up in life using myself as an example,” she said.

Ms. Akwagu, who never benefited from any form of scholarship while at UEW is looking forward to winning a scholarship to pursue her Ph.D. programme in the near future.

Ms. Priscilla Akwagu comes from Chuchuliga in the Upper East Region. She was born at Dichemso in Kumasi where she started schooling. She currently stays with her mother and her only brother at Asante-Mampong.